If you’ve been reading The Newshound in recent months, you’ve seen several references to the increasing number of women who... 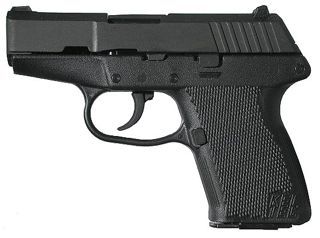 If you’ve been reading The Newshound in recent months, you’ve seen several references to the increasing number of women who own firearms in the U.S., both for hunting and for personal protection.

Just last week we told you about the growing popularity of firearms for women as Christmas gifts in 2009.

One woman who was fortunate to have a caring husband who gave her a handgun for protection this Christmas already learned the value of her gift when she thwarted a would-be armed robbery at her drive-in coffee kiosk located in Coeur d’Alene, Idaho.

Sunshine Espresso owner Michelle Cornelsen was working inside her shop last week when a 17-year-old male strolled up to the service window, pulled a gun and demanded money.

“I just said ‘You aren’t going to shoot me are you?’ And he said, ‘No, I don’t really want to. I just need you to put the money in the bag,'” Cornelsen later told Spokane (WA) TV station KREM.

When another customer approached the same window and temporarily distracted the armed teen, Cornelsen grabbed the 9mm Kel-Tec handgun she received just days earlier from beneath the counter.

“A customer came around on this side and he covered the gun with his hand,” she recalled. “I grabbed mine and put it in (the robber’s) face.”

That was enough to send the would-be perpetrator quickly hoofing down the street, where he was soon apprehended by one of Coeur d’Alene’s finest after Cornelsen called 911.

“I was thinking, ‘Oh my gosh. I don’t want to hurt this guy (but) I’m a business owner and I’ve got to protect what I have,” said the pistol-packing barista.

Make mine a cafe mocha with a full metal jacket, please.