Some cat lovers and animal rights extremists in Utah have their proverbial panties in a wad over a bill currently... 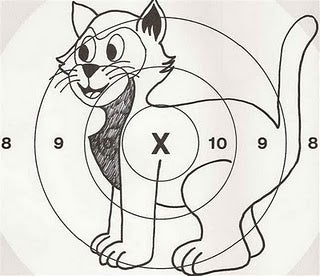 Some cat lovers and animal rights extremists in Utah have their proverbial panties in a wad over a bill currently being considered by state lawmakers that would allow residents to kill feral animals, including free-roaming felines.

Uncontrolled feral cats are widely considered to be the primary predator responsible for killing millions of songbirds (and gamebirds) annually.

In fact, Audubon Magazine recently cited a new, peer-reviewed paper by University of Nebraska-Lincoln researchers concluding that feral cats–domestic cats that live outdoors and are ownerless–account for $17 billion in economic loss from predation on birds in the U.S. every year.

“Feral cats are opportunistic hunters, taking any small animal available, such as pheasants, native quail, grouse, turkeys, waterfowl and endangered piping plovers,” the researchers wrote in the paper, Feral Cats and Their Management.

As a result, Rep. Oda says he’s received some threatening emails, including several that have crossed the line from free speech to criminal action.

“These people that are so against violence are promoting violence,” Oda told the Deseret News this week.

Clearfield Police Sgt. Kyle Jeffries said he believes some of the emails received by Rep. Oda meet the elements of the Utah Criminal Statute for threats to influence officials or political action’

“Citizens have every right to express their concern about a bill, but they may not threaten harm to a representative over a bill,” Sgt. Jeffries told the Davis County Clipper newspaper.