Within the next two weeks 75 to 80 percent of this year’s fawns will be on the ground. Here are... 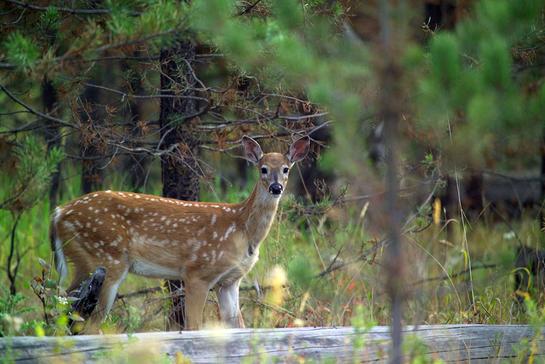 Within the next two weeks 75 to 80 percent of this year’s fawns will be on the ground. Here are a few fawn facts to lay on your hunting buddies:

1. Does drop their fawns approximately 200 days after conception

4. Does bred as 1.5 year old and older typically have twins and occasionally triplets

5. Newborn fawns typically can stand and nurse within 30 minutes

6. Fawns are capable of walking within a few hours

7. Does generally move their fawns away from the birthing site within 3 hours

8. Does with twins typically stash them in thick cover in separate locations

9. Does usually remain within 100 yards of their fawns

10. Fawns spend 90 percent of their time bedded for the first weeks of their lives

11. Newborn fawns typically nurse 2 to 3 times daily; increasing to 6 to 8 times over time

13. A 3-week-old fawn can outrun most danger

14. Twins are usually reunited and bed close to each other by 3-4 weeks of age