William “Spook” Spann, 50, of Dickson, TN, has been sentenced to 30 days in jail and has been banned from... 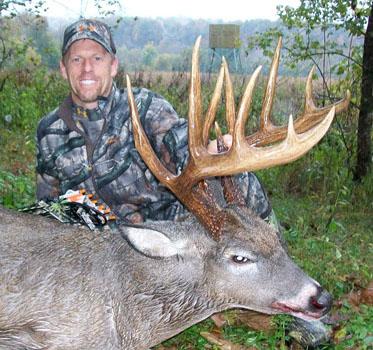 William “Spook” Spann, 50, of Dickson, TN, has been sentenced to 30 days in jail and has been banned from hunting worldwide for one year.

Spann, who is a professional hunter and television host of Spook Nation, received the sentence for violating conditions of a probation for a poaching violation he received last year, The Wichita Eagle reports.

According to a court document, U.S. Magistrate Judge James P. O’Hara ruled Spann had violated a probation that forbid him from hunting anywhere in the United States for the first half of this year. Federal game wardens obtained video footage and Facebook photos of Spann dressed in camouflage and assisting other turkey hunters this spring in Tennessee, The Wichita Eagle reports.

Though Spann was not carrying a weapon and did not kill a turkey, he was ruled to be hunting because he was calling to turkeys, carrying hunting equipment, carrying dead turkeys, and illegally spreading bait to attract turkeys.

Back in November 2012, Spann pleaded guilty to a 2007 violation of the Lacey Act, when he transported an illegally-tagged buck from Kansas to Tennessee. That buck, killed in Stafford County, carried non-typical antlers that gross-scored about 230 on the Pope & Young scoring system.

Although the buck was shot during the Kansas archery deer season, with proper equipment, and where Spann had permission to hunt, the permit he used was specifically restricted to land Spann owned and/or leased for agricultural purposes.

When Spann pleaded guilty in November to the Lacey Act violation, he was ordered to pay $20,000 in fines and restitution. He was then banned from hunting anywhere in the U.S. for six months and from hunting in Kansas for an entire year. He was also ordered to forfeit the antlers of the illegally-tagged buck, and any replicas that had been made of the rack.