400 Wolves on The Prowl In Russia

Authorities in the Verkhoyansk district in Russia have assembled 24 teams of armed hunters in an effort to rid the... 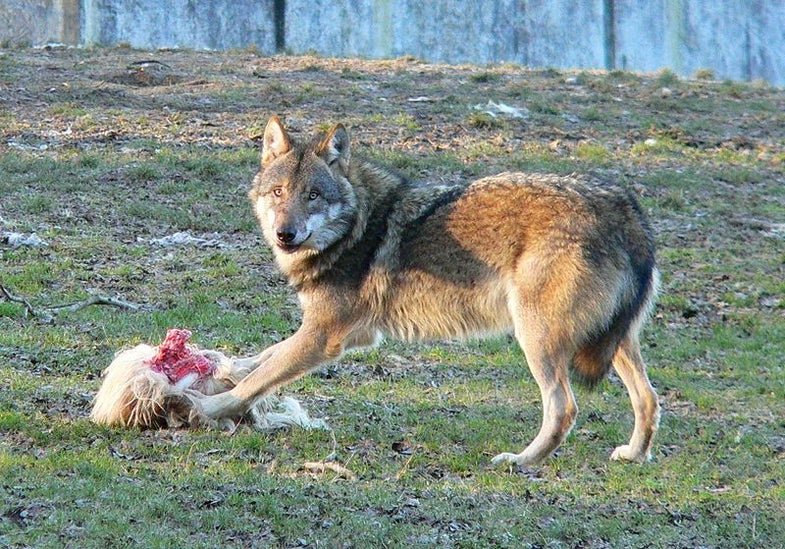 Authorities in the Verkhoyansk district in Russia have assembled 24 teams of armed hunters in an effort to rid the region of a pack of wolves that numbers more than 400 strong. Yes, that number is 400.

As wolves are generally found in packs averaging between six and seven, scientists are baffled at the size of this pack to say the least. One theory is that this year’s harsh Siberian winter – temperatures have dropped to, minus 120 Fahrenheit – has depleted the number of the wolves’ usual prey of rabbits and other small animals.
This has forced wolves to concentrate in the few areas where food is easily available. Lately that area has been Verkhoyansk and as a result their livestock is being massacred. More than 30 horses have been killed by wolves in the last four days alone. I wonder what the wolves will turn to after all the livestock is gone?

Hunters have been brought in to the region to set traps and kill any wolf seen on site. Stepan Rozhin, an administration official for the Verkhoyansk district in Russia explained, “To protect the town we are creating 24 teams of armed hunters who will patrol the neighborhood on snowmobiles and set wolf traps. But we need more people. Once the daylight increases, the hunters will start shooting predators from helicopters.”

Despite the hunters’ best efforts, only a “handful” of wolves have been killed.

My solution? There’s only one thing to do – Call in Putin. He could tear that pack apart with his bare hands in less than two days flat. One if he wanted.

What do you think Outdoor Life readers? Can 24 teams of hunters deal with this many wolves or should the area just be bombed? Would you ever visit a place that reaches minus 120 Fahrenheit? What happens after all the livestock is eaten? Comment below!