Sharks don’t get much bigger than this! Mesquite, Texas angler Jason Johnston caught what could be the new record mako... 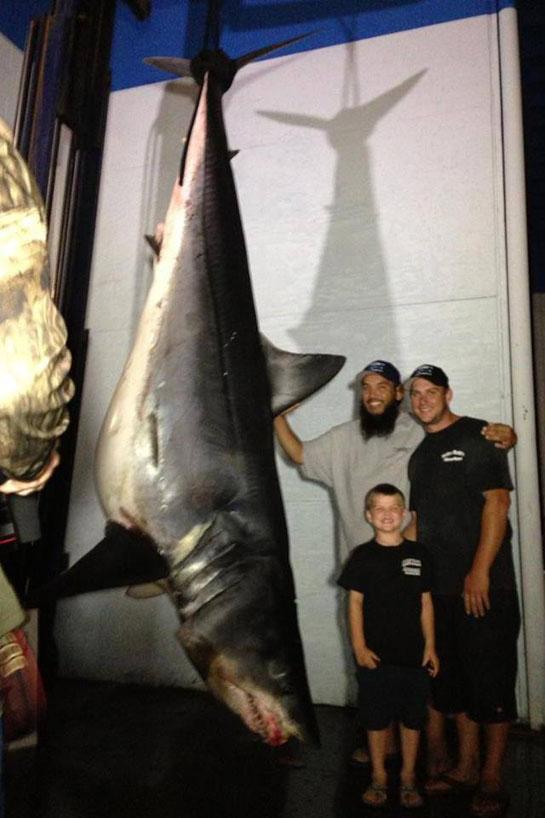 Sharks don’t get much bigger than this!

Mesquite, Texas angler Jason Johnston caught what could be the new record mako shark just outside of the Los Angeles Harbor in California Monday morning. It took Johnston more than two hours to reel in the 1,323.5-pound, 11-foot long shark, a feat that he told CBS was extremely dangerous.

“It’s unreal. This thing is definitely a killing machine. Any wrong step, I could have gone out of the boat and down to the bottom of the ocean,” he said.

Johnston told reporters that his behemoth mako took out more than a quarter mile of line and jumped over 20 feet out of the water during the two-hour battle.

Johnston was fishing with Mako Matt’s and Breakaway Charters out of Huntington Beach and plans to go out with them again Tuesday. I doubt he’ll catch anything larger than he did Monday.

He has already donated his catch to science.

The all-tackle world record mako weighed 1,221 pounds and was caught in Chatham, Mass. in 2001.