Dave Fairman caught this monster walleye/sauger hybrid while fishing on the Yellowstone River in North Dakota last winter. Game and... 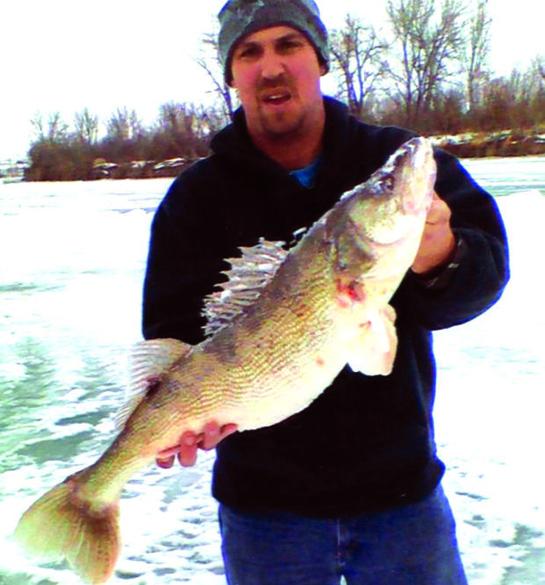 Dave Fairman caught this monster walleye/sauger hybrid while fishing on the Yellowstone River in North Dakota last winter. Game and Fish Department officials confirmed that the 12-pound saugeye was a state record this week.

This from the Montana Standard: _”Results from genetic testing that became available this past week confirmed the fish as a saugeye. Specifically, it’s three-fourths walleye and one-fourth sauger … While many anglers claim they’ve caught saugeyes, Scott Gangl, leader of the department’s Fisheries Management Section in Bismarck, said genetic testing is the only way to be sure.

‘You can see in the picture that the fish has pretty strong blotches like a sauger and lacks the prominent white tip on the tail (like a walleye),’ Gangl said in an email. “By the time the fish came to Bismarck for me to verify, the blotches had faded and it looked like a walleye to me. But the angler convinced us to send in the genetic material anyway and turned out to be correct.”_