Last week, I had the pleasure of accompanying my dad and two friends on a muskox hunt along the Bering... 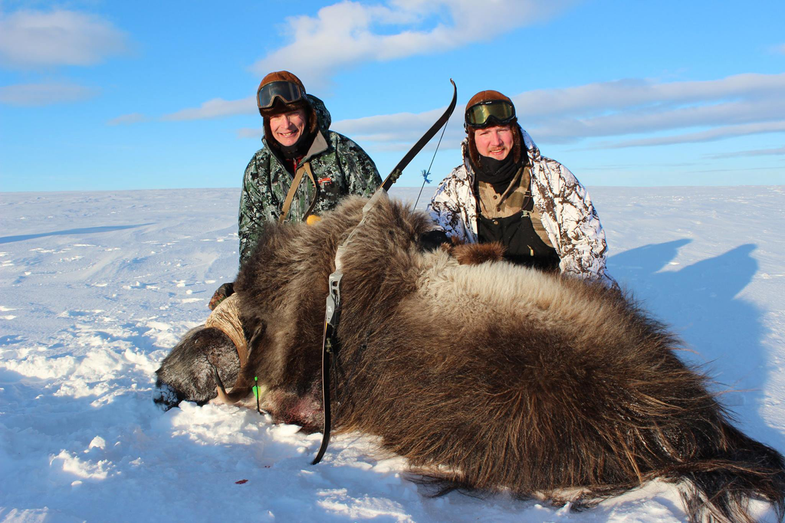 Last week, I had the pleasure of accompanying my dad and two friends on a muskox hunt along the Bering Sea here in Alaska. Although I didn’t draw a tag, I had a blast filming their hunts and just being out there experiencing the country, the people who live there, and the hunt itself.

The expedition took a lot of planning and arranging, and once we got out there, trying to bowhunt in 40-50 mph winds proved challenging. We stayed in a small Yup’ik Eskimo village, then traveled and glassed by snowmachine. Once we found muskox that we wanted to look at, we rode snowmachines to about a half mile away, then began our stalk on foot and belly. Although it took some patience, we managed to get really close to a couple of herds, and all three hunters had shots of 30 yards or less.

We went out there to come home with muskox, sure, but that type of adventure is more about the experience of being out in remote places like that, hanging out and learning from the locals, fighting the weather, and hunting animals that most people will never actually go see, than it actually is about killing one.

Upon seeing the short videos from my trip (here’s one example, and you can find more here), a number of folks immediately jumped to the conclusion that we either chased/herded them up using the snowmachines and/or casually sauntered up to the herds. Neither of those conclusions is true. Owing to the wide-open country they inhabit, and their tendency to herd up and stand their ground when threatened, muskox aren’t the toughest animals to find and get close to. But it’s no cakewalk to get within bow range and single out an individual from a wary herd.

Some comments about my videos showed the ignorance of some of the viewers. That’s to be expected, since so few of us will ever get the chance to hunt muskox. But I noticed another strain of comments from people who claimed that what we did wasn’t “hunting,” but was rather some sort of recreational slaughter. The most alarming aspect: many of these comments were from self-described hunters, not the anti-hunters we are so used to demonizing.

UNITED WE STAND
Worse than any anti-hunter’s criticism is friendly fire, attacks from within our community of hunters. The only thing anti-hunters would love more than to see us destroy hunting from within is to see all hunting gone. I don’t know if hunters attacking and belittling each other’s methods is more common now than in the past, but it is certainly more audible and visible. And it’s often reduced to a simple and damning phrase: “That’s not hunting.”

I’ve heard the “that’s not hunting” line about baiting bears, deer, or pigs. I’ve heard it about hunting from a blind, using crossbows, hunting with hounds, sitting on water holes, paying an outfitter for a guided hunt, hunting over food plots, taking long shots, hunting with a rifle, shooting an animal that is fighting, shooting an animal when it is eating, using a decoy… The list appears to be endless.

My conclusion is that—whether from ignorance, jealousy, or some other reason—some folks feel the need to disqualify others as hunters, because they see only their method or interests as pure or “real” hunting.

I do think that debate and self-policing is a good thing for the hunting community, when it’s done in a constructive manner. There are things and practices that I personally don’t agree with or find appealing, but I have no business saying that it isn’t hunting.

The main justification for these statements is that a person doesn’t see the hunts in question as sporting, challenging enough, or otherwise as “fair” as the hunting they do. Everyone is entitled to their opinion, but there are two major issues with voicing that type of assertion. 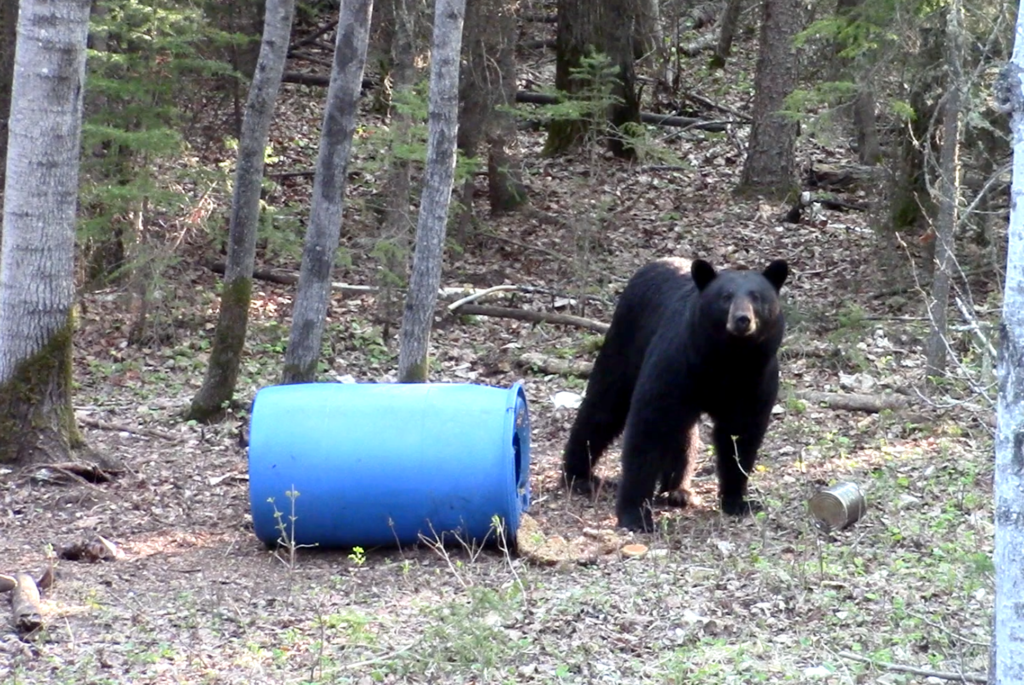 1. Try It Before Your Knock It
Of all the belittling I have heard on the subjects of things like bear baiting, hound hunting, hunting muskox, and many more, the vast majority of it comes from people who have not put forth the effort to actually try what they are criticizing. Sometimes, to those on the “outside,” it looks like the hunt was easy, but they rarely understand all of the work necessary to achieve that “easy” opportunity. When someone tells me that a hunt or hunting style I did was too easy, or not sporting enough, that indicates to me that they are only concerned with the kill, and are making their assertions based only on what they can see. For example, you may see a 30-second video of someone shooting a monster black bear on his or her bait station. If that’s all you see, it’s reasonable to think that it was easy (or even too easy).

But what you don’t know or see is how hard that person worked, and how much trial and error went into finding the right spot, how many nights they spent patiently waiting and that big bear didn’t show up. You also don’t know why the person chooses to hunt in that fashion. Maybe they find enjoyment in sitting quietly, soaking in the atmosphere of the woods, while hoping for a chance at a big bear. Without doing it yourself, you cannot possibly know, therefore you cannot assume. How many of us would say that hunting is only about killing an animal? We all have our own ideas and variations of what hunting is to us, but if it was only about the kill, I doubt many of us would continue to be drawn to it. Firsthand knowledge and experience isn’t everything, but without it, a person has no business telling another person who hunts legally, but differently, that they aren’t hunters. 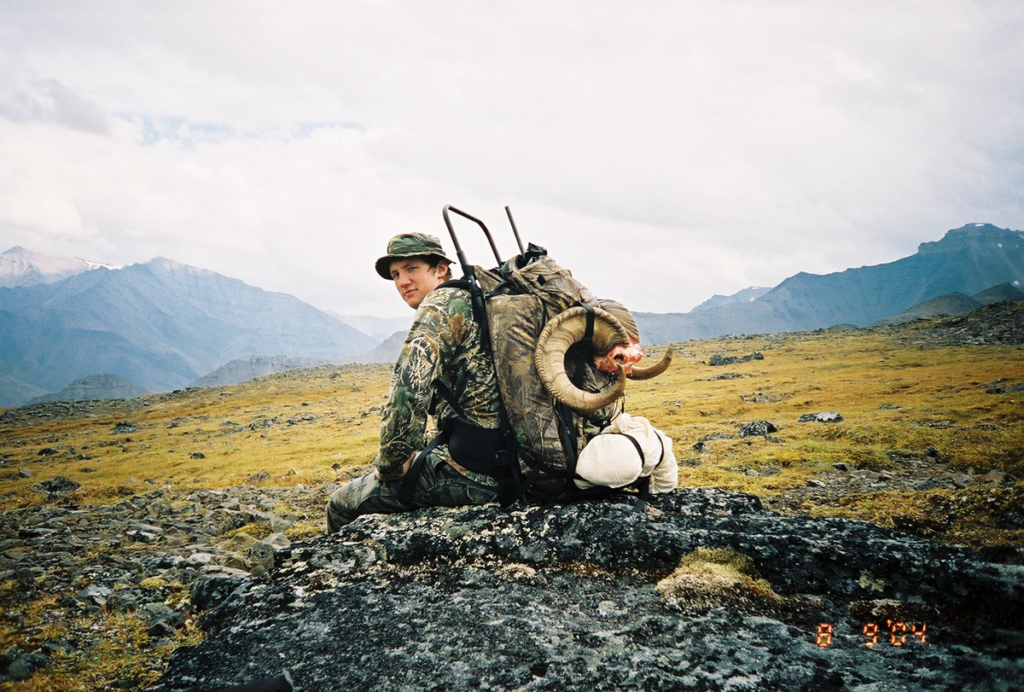 2. Fight the Tunnel Vision
The biggest fallacy in this type of criticism is that it is purely personal, and not based on all the evidence. The critic is using their perception to disqualify the activity as “real” hunting. This is a slippery slope, because if this rationalization is legitimate, anyone can do the same, and literally any criteria can be used in a belittling, derogatory fashion. Here is an example of how far it could be taken:

Hunters in this country pursue whitetail deer vastly more than any other single species. I hunt Dall sheep every year, unguided, and often by myself. If I were to use the same uninformed criticism that some folks use, I could claim that because most whitetail hunters don’t walk 50-60 miles on a hunt, sleep on the side of a mountain for 10-14 days at a time, and carry a 100-pound pack out on the return trip, deer hunting isn’t hunting. Traditional bow shooters could say that those using compounds aren’t hunting, and compound hunters could say that those using crossbows aren’t hunting. A rifle hunter may think that a shot under 300 yards is too easy, and not hunting, but a shot over 301 yards is long range shooting, and not hunting. There are infinite possible “qualifications,” each one as ridiculous as the one before it.

Every single hunt is different, both in experiences and where it falls on the difficulty spectrum. Really, who gives a rip if a hunt is very easy? It doesn’t matter. Trying to compare difficulty to disqualify others from being hunters takes us down a no-win path.

If you are out pursuing wild game in a legal fashion, you are hunting. This pissing contest does nothing for us as hunters, only divides us and fosters animosity.

THE IMPORTANCE OF PORTRAYAL
There are a number of things we can do to bridge divides between different subsets of hunters, but the biggest single act we can all take is to respect the game we hunt and be respectful and restrained in our portrayals of our hunts.

There’s a strong streak of self-promotion in a lot of our hunting-related content, whether on social media or on commercial media outlets. As long as we are pursuing game according to laws, regulations, and local customs and we are portraying our behavior with restraint and respect for the game we pursue, there is no way that either anti-hunters or misinformed hunters can divide us. We all need to keep in mind the extra layer of expectation, whether you call it “fair-chase” or some other term, but unless you hunt side by side with another hunter, you can never know all the steps that they took, or all the work and judgement that went into the outcome of a successful hunt.

And without that perspective, how could you ever judge their behavior?

I think we can agree that hunting is about more than the method of kill, how hard a particular species of animal is to stalk, or the final act of killing an animal. Hunting means different things to different people, and most of us love hunting for the entire experience. Even if we firmly believe that “easier” hunts aren’t hunting, keep in mind that there is always someone who does it harder than you do.