Why Some Hunters Are Choosing This Alternative to Annual Hunting Leases 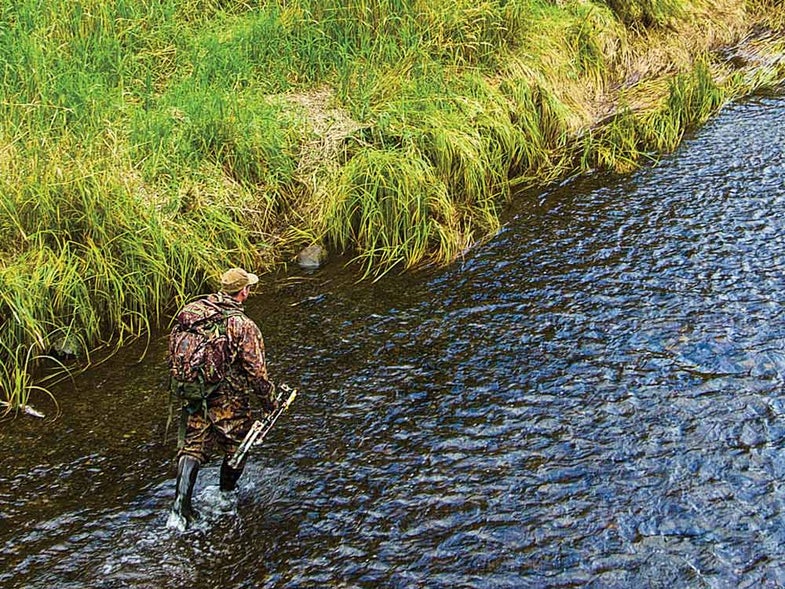 Finding a place to hunt is almost as difficult as setting your crosshairs on a Booner whitetail. A new Richmond, Virginia–based company wants to change that. That is, they want to help find you a place to hunt. The buck is up to you.

That company, Outdoor Access, works much like Airbnb, the home-sharing company that matches people looking for a temporary place to sleep with those who have a spare bed or an entire house to let instead of rooms, Outdoor Access lists land in several states, and serves as a go-between for hunters, campers, and landowners.

“We’re different in that we are membership-driven. We charge members a nominal monthly or annual fee to access our property listings,” says co-founder Jamie Christensen.

The business isn’t like a typical leasing agent, either. It is a day-lease operation, with properties that range from suburban backyards to large rural farms. Property owners can restrict available dates and specify what and how hunters can hunt. They also dictate the daily rate, which ranges from as little as $9 (a few are even free) to several hundred dollars. The more expensive properties are typically larger and may include a cabin or access for multiple people. In exchange, hunters have exclusive use of the property for the days they book.

“We also run background checks on our members to make sure they are legitimate and don’t have a criminal history. Landowners like that,” adds Christensen.

So do hunters, including David Milks, a Richmond-area mechanic who hunted six different properties within a 20-minute drive of his house last season. All of them were in a designated urban archery area, which has a seven-month season. He killed five deer. It cost him about $200 in fees instead of the $750 annual dues he had been paying to a hunt club nearly an hour away. He actually hunted more days, too.

“I can hunt new property pretty much any time,” says Milks.

Launched in 2016, Outdoor Access grew to have more than 100 available properties in just a few months. The owners plan to move into North Carolina next before going nationwide in “two or three years,” according to Christensen. He says he’s not only hearing from a growing number of hunters, but landowners are reaching out to him, too.

“There is clearly a need for something like this. Some hunters don’t want to hunt public land, but either they can’t commit to an annual lease, they don’t have any connections to a landowner, or they don’t have time to fulfill the obligations that come with a club,” he says. “Landowners like sharing what they have while also making a little money, without having to find responsible hunters on their own.”

Critics have suggested the company is speeding the decline in hunting opportunities through a profit-driven program. It’s an argument that Christensen rejects. First, he says, none of the landowners they’ve enrolled so far have ever leased their land for hunting, and many did not allow hunting. He insists that Outdoor Access is actually increasing opportunities.

“We provide a link between landowners and hunters,” he says. “In some cases, landowners don’t charge. They have a deer problem and need help finding qualified individuals to thin out the population. The average cost is around $25 per day, so we are helping hunters find an affordable, private place to hunt.”

Wise Acres: How to Buy a Whitetail Deer Hunting Property

Day leases aren’t a new phenomenon in Texas, but finding one can be a chore. Logan Crable, founder of Outrider (out rider.us), has a new take. Like Outdoor Access, his company matches hunters with day-leasing landowners. Unlike Outdoor Access, though, Outrider also includes outfitters and handles season-long leases. They also plan to provide management services.

“We want to be a one-stop resource for landowners,” says Crable. “We match them with hunters, but we also want to make sure the game is properly managed so they can offer quality hunts.”

Outrider does not charge a membership fee, but instead takes a percentage of the fee paid to landowners. Launched last fall, Outrider has more than 40 properties in Texas, plus at least eight in four other states. Crable wants to focus on Texas first, but he won’t turn down properties in other states.

Day leases run from as little as $50 for a DIY hog hunt to $1,000 or more for a multi-day guided hunt for various species.