Giant in the Mist

It’s my first day of hunting in southeast Missouri, but instead of spending the morning on stand, I decided to... 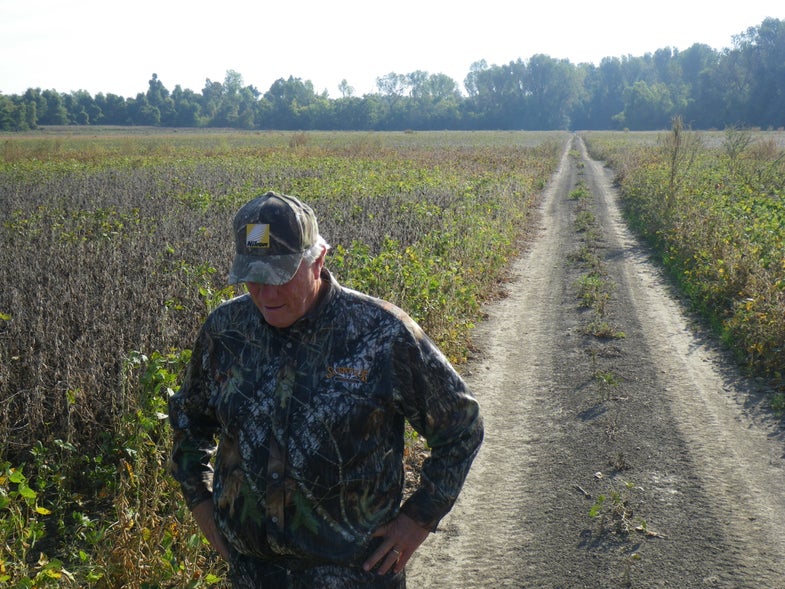 It’s my first day of hunting in southeast Missouri, but instead of spending the morning on stand, I decided to invest the time scouting instead.

I’m hunting private property here, but it’s not outfitted, and because the landowner isn’t always on the property, we don’t have a good feel for the patterns and habits of deer. Dr. Grant Woods got here earlier in the week and hung some stands, but instead of sitting on a “gar hole” that might not produce any action, I opted to spend the morning behind my binoculars to assess the place, see where deer are feeding and where they go to bed during the middle of what promises to be scorching-hot day.

The landowner, Terry Hamby, offered to take me to the soybean field where he found the giant shed I talked about yesterday. I was all in for that destination, and we eased his pickup to the edge of the field well before sunup.

A heavy mist hung over the field, just a few hundred yards off the Mississippi River. The scene was eerie, with tendrils of mist lifting and settling in the damp river-bottom air. For an hour I didn’t see any deer, but in the weak light of dawn, I spotted a white object moving up and down along the far edge of the uncut beans.

I’m using Nikon’s redesigned EDG binocular in 10×42, and I needed all that magnification to resolve the object. It was a deer, and the more I watched the larger it became. I got Mr. Hamby on the deer, and together we watched, slack-jawed, as the buck fed its way through the beans.

This is a big deer. Is it the “walking world record” I described yesterday? I can’t say for sure, but it surely has the frame and the mass to push that 200-inch mark. He’s so far away — around 600 yards — and the light is so fuzzy that I can’t count points. I only know he’s the biggest whitetail I’ve seen on the hoof.

Then the buck disappears. Did he walk out the edge of the field? Did he lay down in the tall beans? We can’t tell, but as the sun rises and burns the fog off the field, Terry and I are like pre-teen girls after their first Hannah Montana concert. We are giggly and star-struck and keep interrupting each other, recounting the few minutes we had this thumper in sight.

Then we get serious and tactical. We glass the margins of the field and assess good spots to hang a stand or two. We will head back to the barn, load up a few treestands and return to the field at mid-day.

I know where I’ll be hunting the rest of the week!