When a trail camera photo revealed a massive buck on his grandfather’s 80-acre farm, Ben Zuern went on a mission. His objective? To take the biggest buck of his life 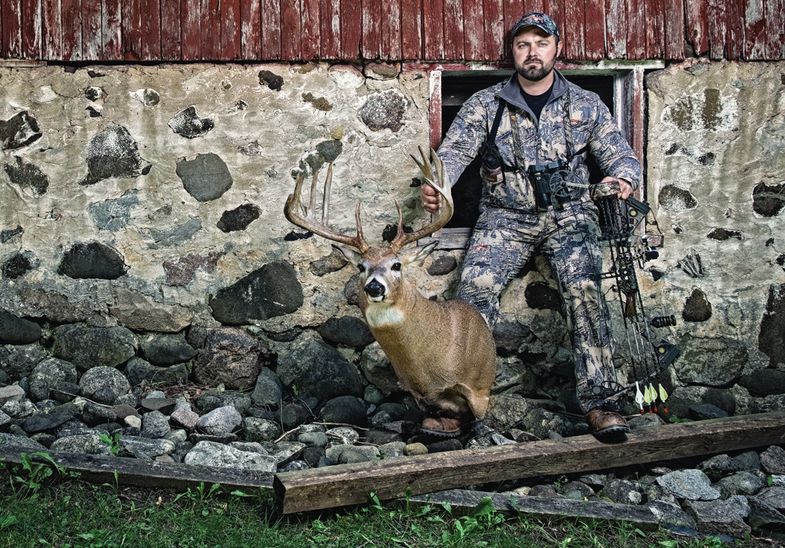 Ben Zuern can’t stop talking about beans. We’re tromping through a small, hilly cornfield that had been planted with soybeans last year—the year he killed his biggest buck ever.

“I had the farmer leave this stretch of beans standing,” Zuern says, pointing to the field edge where his stand is located. “By November, all the other crops were cut, and this little patch of beans had incredible drawing power.”

It’s a warm June afternoon in southeastern Wisconsin, so we tuck beneath the shade of Zuern’s stand tree and he tells me the story behind his buck, Outdoor Life‘s Deer of the Year. 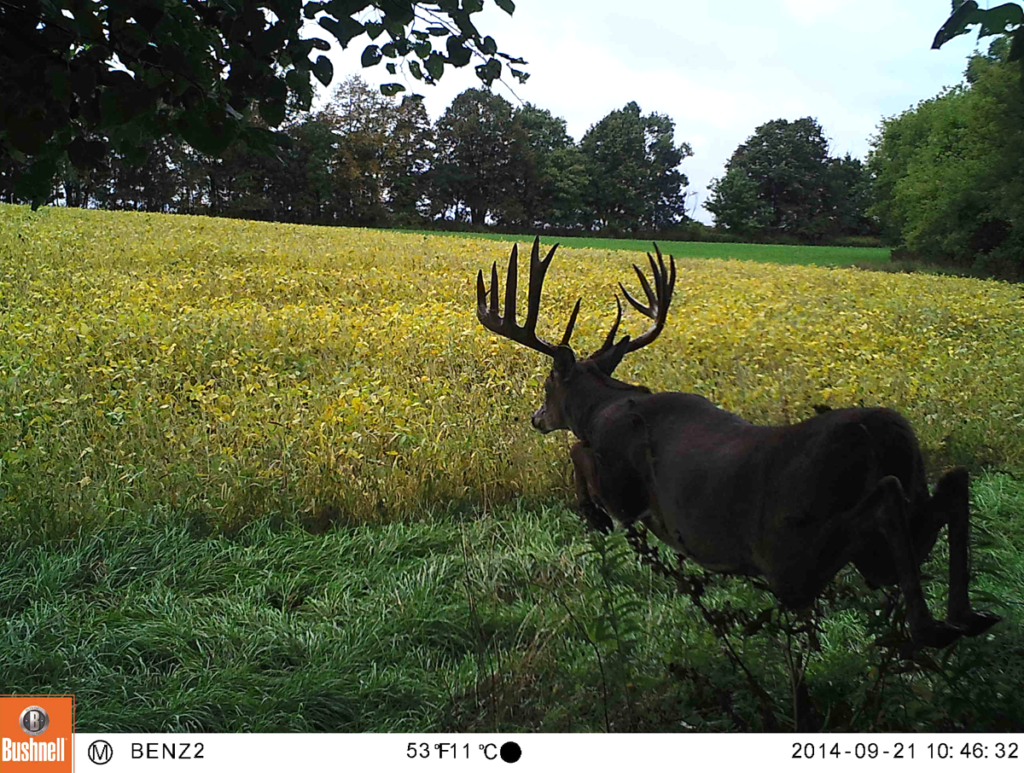 The monster whitetail with a forked G-2 first appeared in a single trail camera picture on September 21. The deer is in midair in the photo, leaping over a field edge, his massive rack framed perfectly against a backdrop of yellowing beans. It was the biggest deer Zuern had ever seen in the 17 years he’d hunted his grandpa’s 80-acre farm. What’s more, the buck showed up on camera about a month after Zuern’s grandpa had died.

Don Zuern wasn’t a hunter, but he did help sharpen Ben’s shooting skills by putting a bounty on the property’s pestilent bird problem. Soon enough, Zuern emptied the old man’s wallet—he tells me this story and we’re quiet for a moment. 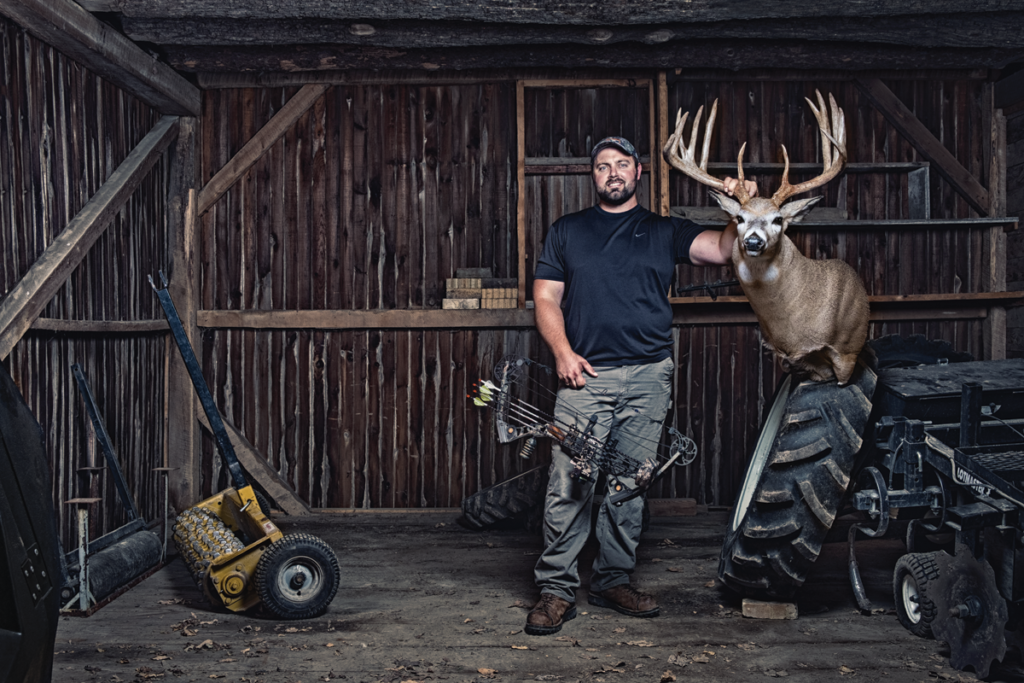 Zuern with his shoulder mount

Zuern made it his mission to take the buck during the archery season. His girlfriend printed out the trail cam picture, framed it, and hung it in his room.

Zuern only told one close hunting buddy about the deer. He even kept it a secret from his uncle, who occasionally hunts the farm.

“I would have been happy for him if he’d gotten the buck,” Zuern says. “But our little farm can’t take a lot of hunting pressure, so I kept it quiet.”

A quick aside: Wisconsin is a top trophy-buck producer, but most of those deer come from ag country in the west (think Buffalo County). Southeastern Wisconsin is mostly small farms, suburbs, and little woodlots. There are big deer here, but they are far more rare. 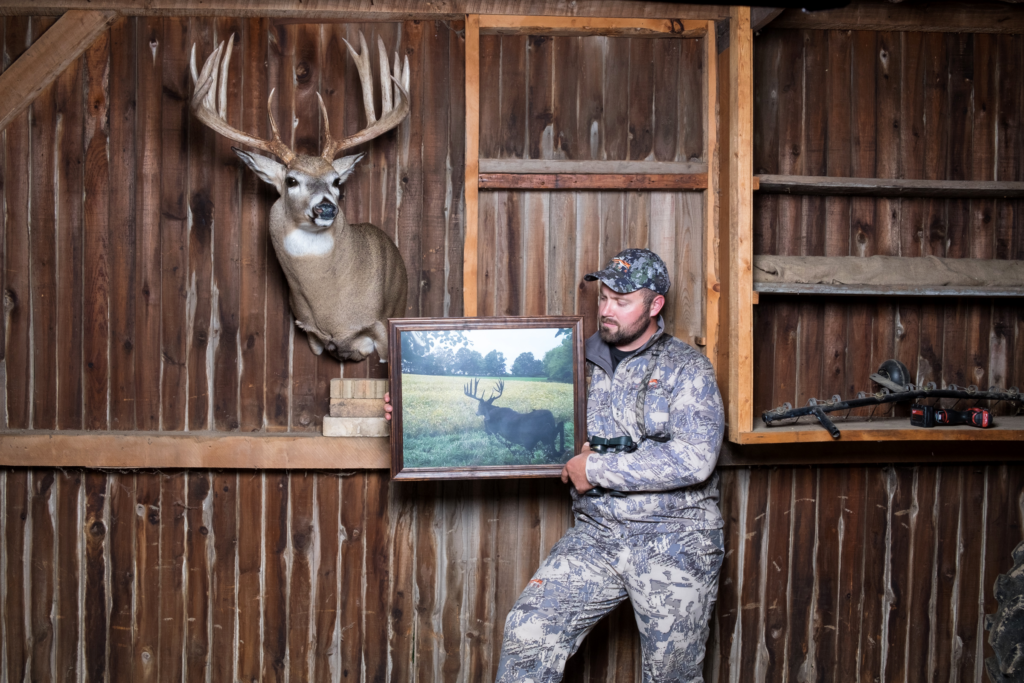 Zuern holds the trail cam photo of the giant buck leaping into a soybean field, which his girlfriend framed.

Ben hunted hard but carefully, only sitting stands when the wind was perfect. He only hunted evenings to avoid pushing deer out of the field in the morning. By November, he knew that several other people were after the buck and it would only take one mistake to bump the deer off his property for good. Then, on November 6, he saw the buck in person for the very first time.

Zuern watched from across the field as the buck crossed a road right next to a neighbor’s house and then walked past his bean stand (which he wasn’t sitting in because the wind was wrong). He hunted the bean stand for the next two days and passed on several good bucks, but the big deer didn’t show. A southeast wind kicked Ben off the field until November 12, when a cold front rolled in on a northwest wind.

Zuern was in his stand early that afternoon, and soon some does and small bucks filtered into his patch of beans. At 4:10, the giant buck he’d been waiting for appeared in the north corner of the field, and Zuern was struck by buck fever.

He watched the buck make a scrape, lick a branch, and then feed into an adjacent alfalfa field behind two does. As the minutes ticked by, Zuern began to settle down. About 20 minutes later, when the does began to work his way, he came to his senses.

Zuern ranged the buck at 25 yards as it walked into the beans. He drew, undetected by the three deer, and made a solid broadside shot. All three deer ran out into the middle of the field, but the big buck stopped at about 100 yards. He stood there for minutes as Zuern watched through his binocular, hoping the deer would tip over. And, finally, he did. 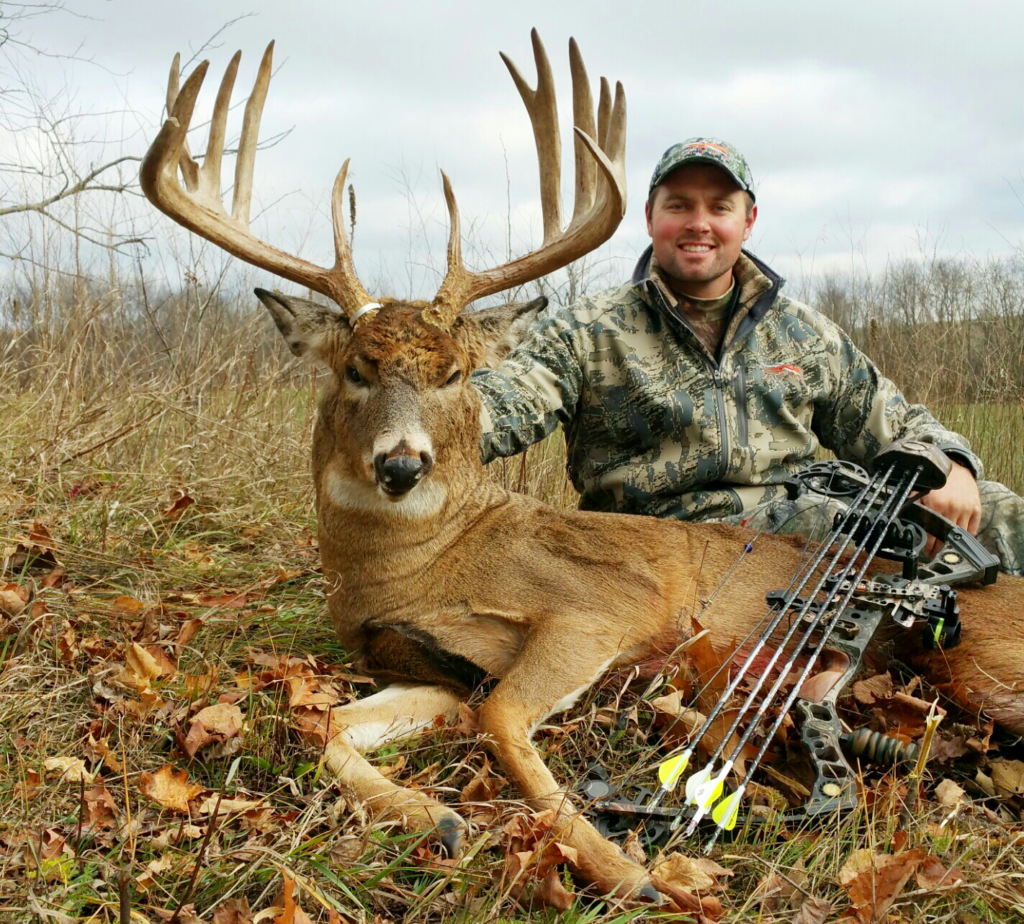 Finally getting to take a photo with the buck he’d been hunting all fall.

Still thinking it was too good to be true, Zuern waited until sundown before walking out to the buck and finally running his hands over the rack.

“It was one of the best moments of my life,” he says. The buck gross scored 192 ⁴⁄₈ inches.

Before I leave the farm, I ask Zuern what it meant for him to kill the buck of a lifetime on his grandpa’s property just a few months after he died.

“You just never know who might be up there helping you out,” he says. “And, you never know about the ‘buck of a lifetime’—maybe there’s an even bigger one out there.”