Cracking the Mystery Behind Missouri’s Year of the Giant Buck 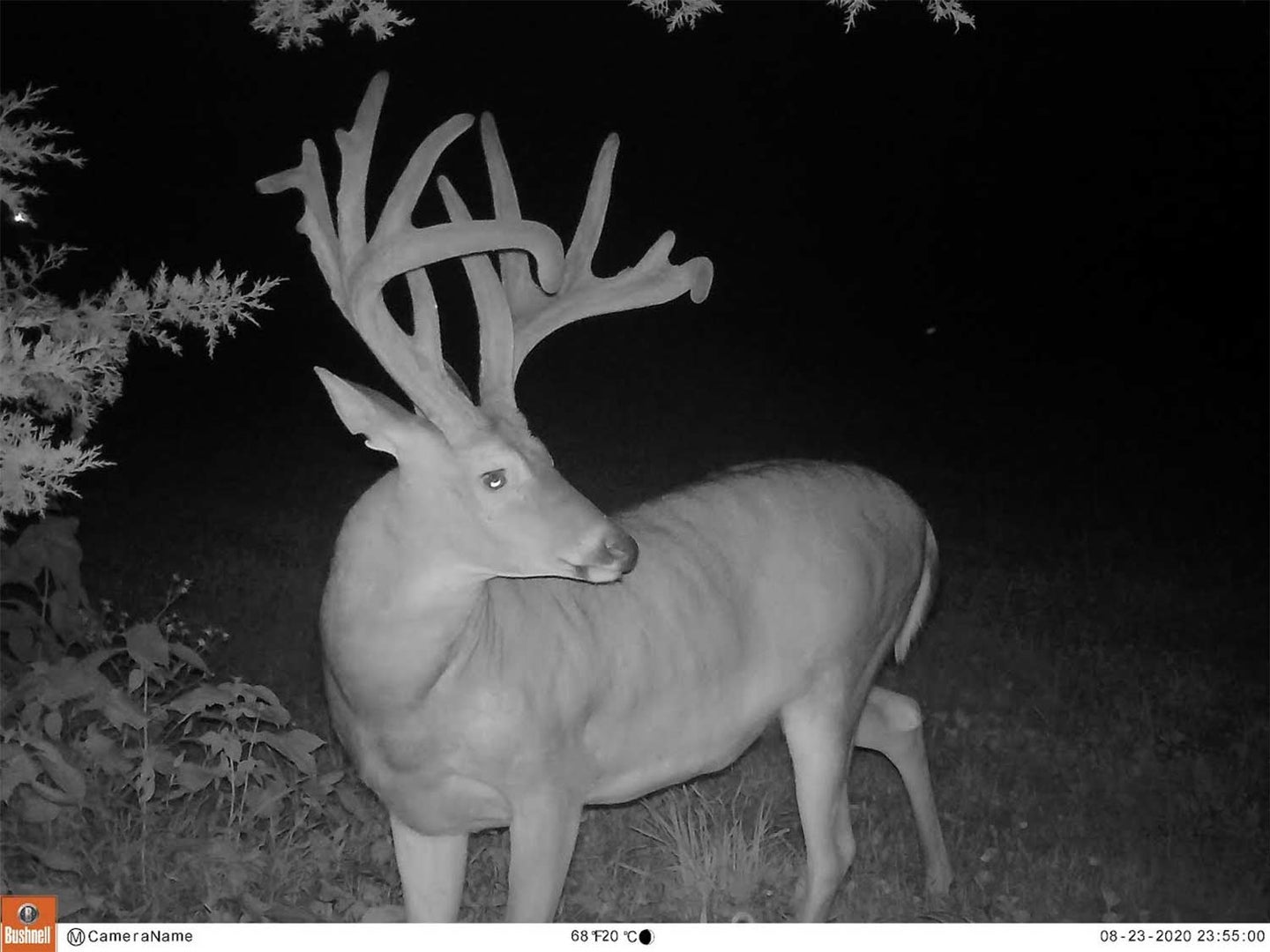 In a year that will undoubtedly go down as one of the most peculiar in American history, Missouri deer hunters made 2020 even more unusual. Hunters across the state seem to have harvested an extraordinary number of big bucks in 2020. I had a conversation with Jason Sumners, the Science Branch Chief of the Missouri Department of Conservation (MDC), to find out why.

“There are a lot of pieces to the puzzle that might reflect why so many big bucks have been taken this year,” says Sumners. “Part of the reason is the recovery of Missouri’s deer population post 2012.”

The recovery Sumners is referring to is from the devastating effect Epizootic Hemorrhagic Disease (EHD) had on the State’s deer population in 2012. The MDC estimates that some counties in Missouri lost up to 20 percent of their deer herd and that conservatively, statewide mortality from EHD was in excess of 100,000 whitetails.

“Another part of the puzzle is hunter attitude,” continues Sumners. “Deer hunters in Missouri are becoming more selective, which allows our bucks to grow into older age classes.”

Antler Point Restrictions (APRs) in 52 counties in Missouri have helped bucks grow older and have changed hunter attitudes on shooting young deer. The APRs require a buck to have at least 4-points or better on one side to be legal. These restrictions first began in 2004 in 29 counties and are now paying big dividends in trophy bucks.

The timing of the rut and the state’s firearms deer season have also played a role in hunter success this year.

The reason behind this could be that the median date of conception of adult does in Missouri is November 16. This is when many bucks are on lock-down with does. However, on those days prior to November 16, bucks are still on the move searching for does to breed.

We’ve compiled the hunter accounts of three of Missouri’s top bucks of 2020. Check out the stories behind these giants.

Trenton Linderer knew a big buck was living around his family’s farm in Cape St. Genevieve County since 2017. Linderer’s trail camera pictures revealed that each year the buck would move two-miles down the road to a neighbor’s farm where it spent the rut and the winter.

Fast forward to fall 2020. Linderer knew that if he was going to kill this buck that it would have to be early in the season before the rut kicked in or before another hunter shot it.

Linderer climbed into his stand at about 3 p.m. on October 1. The treestand is situated inside a strip of timber along the edge of his neighbor’s bean field.

The evening started out slow but at 5 p.m. Linderer looked to his left and saw the giant whitetail stand up from his bed in the field about 80 yards away. The bowhunter got the shakes at the sight of the enormous buck but then the deer bedded back down.

Half an hour later the buck stood back up and started moving directly away. Linderer grunted at the buck but the deer kept going. Then, suddenly, the buck turned around and started walking toward Linderer’s stand.

“For a minute I didn’t know where the buck went,” Linderer recalls. “But then I heard a stick crack and there he was just 15 yards away.”

At a distance of 11 yards Linderer bleated the buck to a stop. It was slightly quartering away when he buried the broadhead into the buck’s vitals.

“I watched him collapse just 35 yards from where he was originally bedded,” says Linderer. “I started screaming with excitement so loud that the neighbor down the road could hear me from his treestand.”

Trenton Linderer’s 14-point buck weighed a whopping 254 pounds on the hoof and has a Buckmaster score of 193 4/8 inches.

Spatafora first came to know this buck in 2018 when his trail camera sent him a pic on June 6th revealing a buck with antlers already past its ears.

“We nicknamed him H.S. for Holy Shit,” says Spatafora with a laugh.

The buck was frequently seen around a pond in a 500-acre bean field. It traveled through the wide open space between a block of timber to the east and a tract of CRP land to the west.

“There wasn’t a place to put a treestand because there are only about 12 trees on the entire place, so my buddy and I built a wooden ground blind for me to hunt out of,” says Spatafora. “We carried the blind on a skid steer loader and put it on the dam of the pond.”

Read Next: 85 Late-Season Deer Tips to Save Your Season

Spatafora hunted hard for that buck for the first five days of the firearms season to no avail. He did see a 160-inch whitetail that he normally would have shot but let walk because he knew the big 16-pointer was there. He didn’t hunt Thursday but went back Friday morning, November 20, and saw eight does and two smaller bucks. Spatafora left the blind at 11:30 to go to work but got back to hunting around 2 p.m.

The afternoon started off slow but around 4:50 he spotted the cow-sized buck marching nonchalantly across the wide-open field coming from the timber and working its way toward the CRP.

“I took the first shot at him at about 350 yards but missed high,” says Spatafora. “The buck started running right toward me and then stopped broadside and I took the second shot at about 260 yards. He fell right in his tracks.”

The buck’s antlers looked like field goal posts sticking up in the field. The massive 16-pointer green scored 185 5/8 B&C inches (and that’s even with more than 12 inches of antler broken off).

Trenton Doyle of Lamar, Missouri had his eye on a particular 250-acre tract of land to hunt in Jasper County since 2010. With just one week before Missouri’s firearms season opened, Doyle was able to gain permission to hunt the farm. But because of work, he couldn’t scout it. Not wanting to go on a new property alone, he took his brother with him on the second afternoon of firearms season.

Most of the property is woods but there is a pond and a pasture with a couple of stands left from the previous hunter. They stumbled upon a tripod stand in the pasture, which is where Doyle opted to hunt. His brother decided to sit near the pond that evening. After about 10 minutes in the tripod Doyle didn’t like the layout nor the cattle around him so he climbed down and went into the timber and found a stand to climb into. The rubs all around him gave him more confidence in the spot.

After just 15 minutes in the stand, Doyle saw a big buck get up out of his bed facing away from him. The buck started walking away and Doyle grunted. The buck to stopped for a moment but then kept walking. With that, Doyle gave out a snort-wheeze. The buck circled around the hunter and when it got within 40 yards he grunted the buck to a stop and shot. The buck mule kicked, ran 30 yards and expired.

“I didn’t realize just how big he was,” says Doyle. “I climbed down and when I got within a few yards of him I almost passed out with excitement. I literally had to go down on one knee and look away to compose myself.”

Doyle’s buck has 16 scorable points and green scored 203 6/8 B&C inches. Doyle later found out that other hunters in the area were chasing the buck. A bowhunter even shot it on Sept. 17, seven-miles from where Doyle killed it. The bowhunter nicknamed the deer Mr. 200 and that’s what it’s known as today.