I get all sorts of questions, like you guys no doubt: She was one of those backyard birdfeeder types. “Who... 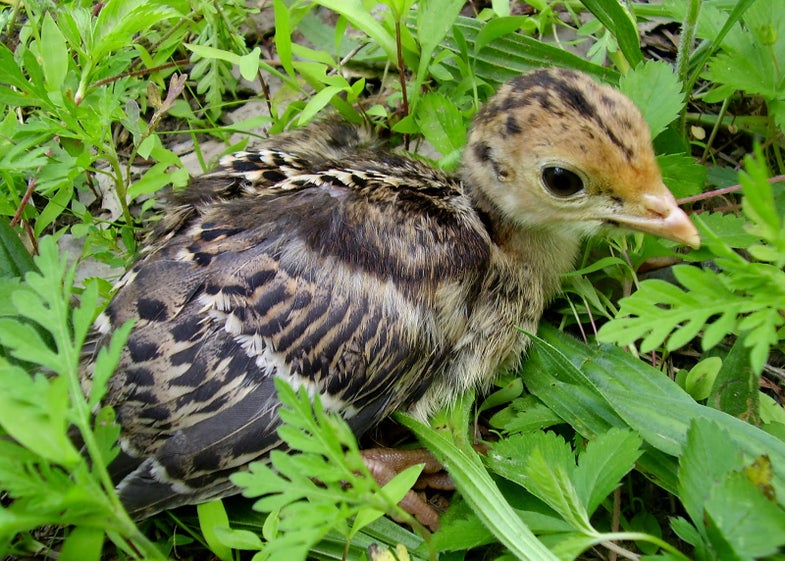 I get all sorts of questions, like you guys no doubt:

She was one of those backyard birdfeeder types. “Who owns baby turkeys?” she said with no trace of irony in her voice, knowing I write about them. (And no it wasn’t the woman in a previous SZ post who thought ham came from somewhere other than a pig.) “Um, uh,” I said to the woman, collecting my thoughts. I launched into a short history of wild turkey restoration, arguably one of the most significant wildlife management stories of our time, before I said: “Hunter dollars paid for it, so I guess we own them.”

“How can YOU own them if we feed them year-round?” she shot back.

“We share them,” I said, tongue in cheek, grinning a bit, wanting to actually tell her she shouldn’t really feed them in her backyard, knowing that would prompt an even more complicated thought in her little head.

“So let me get this straight. You and others like you look out for turkeys so that you can later shoot them? Even these baby turkeys?”

“Nope, not the just-hatched poults,” I said, trying to teach her a new word. I told her hens (unless bearded) and their broods (being beardless) are protected during the spring season. I mentioned nesting biology, and brood numbers over time. Basic turkey management 101. She looked confused.

Then I said defensively: “We’re only allowed to shoot two Maine bearded birds a spring season.”

I explained that wild turkey hunting is difficult, and that you don’t always kill as many as you can. I only tagged one Maine longbeard in May, passing on legal jakes and even a bearded hen the rest of the season she learned. I told her that three of my turkey hunting buds surprisingly didn’t kill any in Maine. I told her a couple other buds each killed their two gobblers. I said I also tagged other longbeards around the country, and that I hunt many states each year, like my buddies, spring and fall.

“Well that seems like a lot of dead turkeys if everybody did what you guys do. Won’t they eventually become extinct?”

I guess it takes all kinds of people. How would you guys have responded to THAT question?