How to Hunt High-Country Turkeys

When he ran into my setup, the New Mexican gobbler’s chest seemed unnaturally huge. I assumed it was because he... 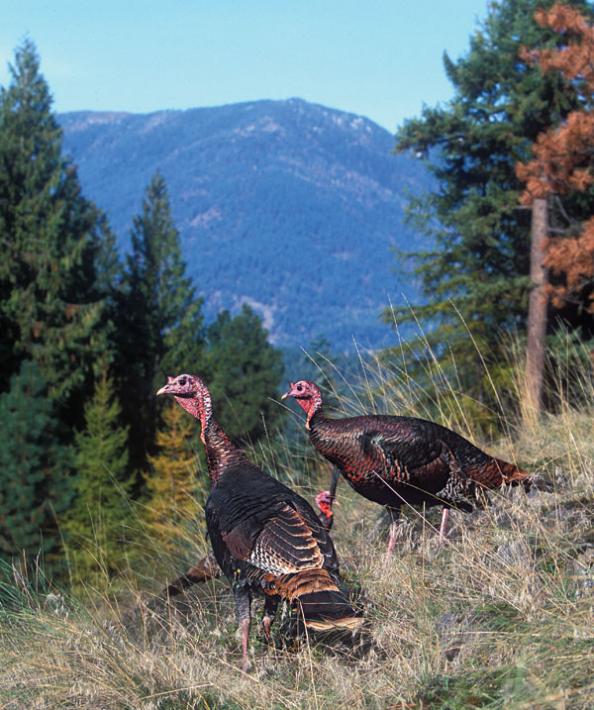 When he ran into my setup, the New Mexican gobbler’s chest seemed unnaturally huge. I assumed it was because he was so puffed up, ready to kick the grits out of the full-strut Hazel Creek tom decoy.

But later, when I checked my GPS and confirmed the elevation—10,400 feet above sea level—it occurred to me that maybe the tom’s breast was so large because his lungs were freakishly big, an adaptation to living in that thin alpine air.

The Vermejo Park Merriam’s is easily the highest-altitude gobbler I’ve ever killed, and hunting him reminded me that alpine turkeys are different from their lowland brethren.

Here’s what to keep in mind as you hunt gobblers above 5,000 feet, which is a pretty common elevation for public-land Merriam’s.

?STAY ON THE SUNNY SIDE
In the mountains, you’ll often be hunting in canyons that funnel birds between various elevations. When you call, set up on the side of the canyon that catches the sun; that’s the side the birds will want to be on. In mornings, that’s typically the northern shoulders of the canyons.

?CALL WITH THE WINDS
Mountain canyons are almost always windy. In the mornings, you can anticipate up-slope winds, and in the afternoons, the winds typically blow downhill. Keep the prevailing winds in mind as you sound locator calls. Birds will hear you much better when you call with the wind. And keep in mind the echo effect of your efforts: If you call against the face of a steep canyon, you can bounce your sounds up side drainages and expand the reach of your searching calls.

?PULL ‘EM UPHILL
In steep country, birds often want to approach a setup from below. This is a rule with plenty of exceptions, but more often than not, I’ve had better luck getting uphill of a gobbler and pulling him in to a call than trying to suck him in downhill.

?USE SHOOTING STICKS
I’ve been a fan of shooting sticks for a long time, ever since I took my first youngster hunting and watched his shotgun barrel wave like a flag. Sticks are especially valuable in steep country, where you can’t always rest your shotgun on a knee.

?WEATHER IS THE WILD CARD
Hunt aggressively. If you have a responsive bird that won’t break for your call, go after him. The weather can turn so quickly in the mountains—changing a sunshiny day into a snowy, blowy afternoon—that you need to strike whenever you can.

Below: Video from my high-country turkey hunt.