Survival Foods: Are Wild Mushrooms Worth The Risk?

The recent, heavy rainfall on the East Coast and other parts of the country has coincided with the cooler fall... 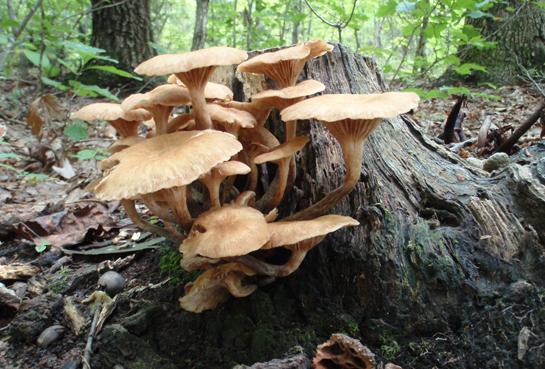 The recent, heavy rainfall on the East Coast and other parts of the country has coincided with the cooler fall weather to create a huge wild mushroom crop this year. And as the shrooms started popping up, so did the cases of accidental mushroom poisonings.

The symptoms of mushroom poisoning can be subtle or blatant. After eating the wrong mushroom, victims may experience abdominal pain, vomiting, fever, diarrhea, and even liver failure. The severity of symptoms depends on the mushroom’s type of poison.

So far in New Hampshire this year, there have been 31 cases of mushroom related illness, with 18 of them occurring in September alone. Maine has seen a whopping 176 cases thus far in 2011.

Frank Constantinopla, 49, of Springfield, Virginia, became sick after eating Death Cap mushrooms in stir-fry. Constantinopla and his wife picked the mushrooms in their back yard thinking that they were safe to eat. After eating, Constantinopla became very sick, suffering from dysentery, dizziness, nausea and fatigue. His wife was also ill, but her symptoms were less severe.

Constantinopla said that where he grew up the Philippines, it was a common practice to harvest and cook mushrooms after rainy weather.

“This was my first time that I saw mushrooms in my backyard,” Constantinopla said, “so I said, ‘Why am I so lucky, why other houses don’t have mushrooms like me?'”

It turned out that he wasn’t as lucky as he thought, and he ended up in the hospital being treated with an experimental drug called Silibinin, which is made from the milk thistle plant and used to treat mushroom poisonings.

In total, there are thousands of cases of mushroom poisoning in the US annually. The most recently compiled numbers for the US were done in 2007, with 7,351 exposures to toxic mushrooms reported to the American Association of Poison Control Centers that year. Remarkably, there were no deaths from this huge number of illnesses, as these exposures were all treatable or required no treatment. However, five people in the US died from mushrooms in 2009.

Of the 70,000 species of fungi, only about 250 species are edible, taste good and not harmful to humans. Another 250 species can kill you, or send you in for a very expensive liver transplant. Everything else is somewhere in between. Most mushrooms and fungi are too bitter, too small or too tough to eat – or they are just toxic enough to make you wish you hadn’t eaten them.

And what about the mushroom’s food value? Five to seven medium-sized mushrooms only have 25 calories. If one of those shrooms is bad, you’ll be very ill. If one of them is really bad, your 25 calorie snack could cost you your life.

So is mushroom hunting worth the risk? Unless you know exactly what you’re looking for, I say, just stick to the ones you can buy in the store. Here’s a guide to some edible mushrooms, but again, eat at your own risk.

Tell us in our comment section if you are a mushroom hunter, or if you have ever had a bad run in with a shroom.