5 Things You Shouldn’t Do During an Earthquake

The recent (and almost back-to-back) series of deadly earthquakes in Japan and Ecuador have brought the importance of earthquake preparedness... 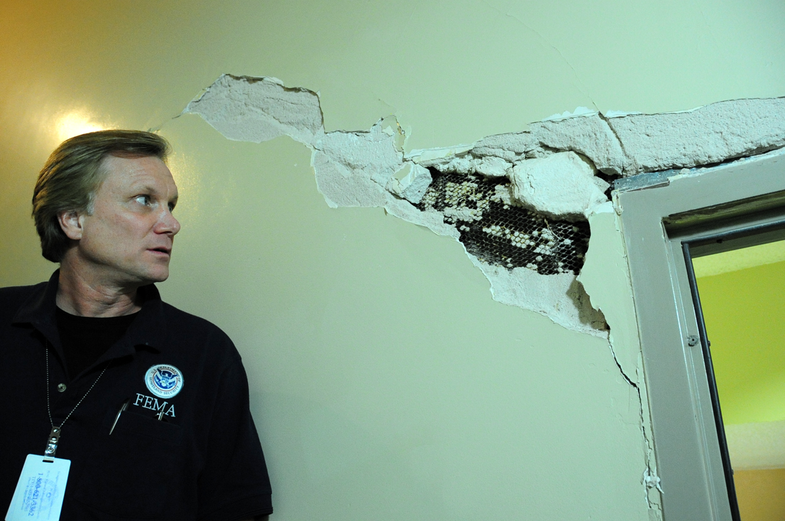 The recent (and almost back-to-back) series of deadly earthquakes in Japan and Ecuador have brought the importance of earthquake preparedness back into mainstream thought once again. Although the world sees about 15 earthquakes a year above a magnitude of 7, it’s certainly unusual to see them happen so close to each other. The 7.8-magnitude Ecuadorean earthquake and the Japanese quake series that maxed out at a 7.3 magnitude have cost hundreds of people their lives—people who may not have had the time to react. So what are you supposed to do when the ground beneath your feet starts to shudder? We’ve probably all heard to do things like sheltering in a doorway or hiding under a desk, but will these really save your life? Many search and rescue professionals say no. Here are five things to avoid if the ground starts moving underneath you.

1. Don’t Hide Under a Bed
The small space underneath a bed will be made even smaller if the ceiling collapses on it. If you are in bed during the night and an earthquake occurs, simply roll off the bed. The bed will hold up some of the debris, creating a safe void around the perimeter of the bed. Never get under it, and teach your children never to crawl under the bed in an earthquake.

2. Don’t Climb Under a Desk—Crouch Beside It
The same principle of avoiding a bed applies to furniture that appears roomier. Furniture can become a lethal deadfall trap when the weight of debris is added on top of it. Under the desk may seem like a logical hiding place from a quake, but it’s safer to be beside the desk. Even if it is crushed, the ceiling will still be supported by the desk somewhat. This creates a small triangular space next to the desk (triangle of life), which could mean enough room to survive.

3. Steer Clear of the Stairs
The average stairway is a deathtrap in an earthquake. The treads can cut a person into pieces if the building collapses on top of them. Don’t be on the stairs, or under them in a quake.

4. Skip the Doorway
We’ve all been told, at some point, to get under a doorway in an earthquake. But what really happens in that spot? The idea behind this “shelter” spot is probably to take advantage of the extra studs in the wall around the doorway, but the reality is quite different. If you are standing under a doorway and the doorjamb falls forward or backward, you will still get crushed by the ceiling. And if the door jamb falls horizontally, people have actually been cut in half by a failed and collapsed doorway.

5. Flee From Windows
Windows may seem like a way out of danger, especially since you can see through it, but just imagine the damage that big broken pieces of glass will do to the human body. Glass moves and breaks in strange patterns during earthquakes, and these broken pieces can be deadly if they fall on you—or if you fall onto them.

Did you make it through a big earthquake? What did you do for shelter? Tell us what you did by leaving a comment.

Photograph by FEMA, via Wikimedia Commons