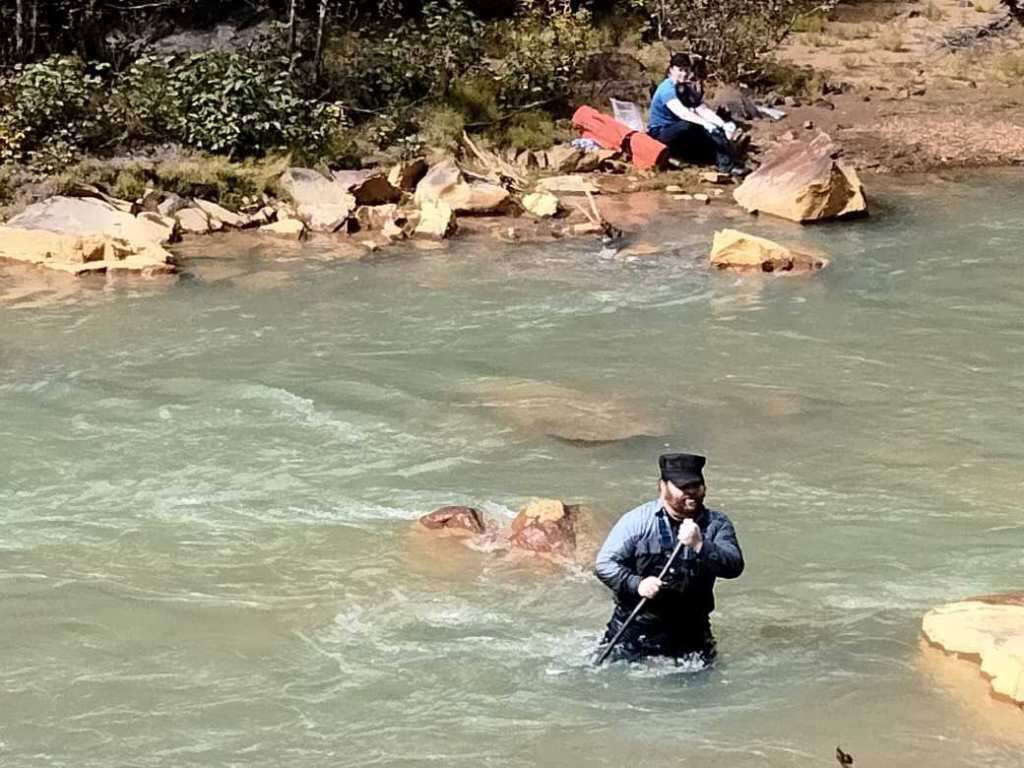 Tourists on the historic Durango and Silverton Narrow Gauge Railroad were enjoying the views while watching for moose, elk, and bear when they spotted something out of place in the woods: an injured hiker on the other side of the Animas River from the train tracks. According to The Durango Herald, the twentysomething woman, who remains unidentified, had been hiking a section of The Colorado Trail when she lost her way along the Animas River. Trying to regain the trail, she scrambled up a cliff face, where she fell nearly 100 feet, severely breaking her leg. The woman spent two nights in the wilderness before she was finally able to make it down to the river, in hopes of making contact with the train.

“It’s an amazing feat that she survived (a night) in the cold snap we are having,” San Juan County emergency management spokeswoman DeAnne Gallegos told the Herald. “Our team thought that was pretty miraculous. And that she was aware the train was still running, and managed with a broken leg to crawl to the bank of the river to try and signal them.”

The train passenger who first spotted the hiker alerted the conductor, who in turn notified Delten Henry, who was following behind in the train inspection car. After making verbal contact with the lost hiker, Henry stayed with her while they waited for the San Juan County Search and Rescue team. Fortunately, help was on the way. The next train that arrived along the tracks, only 45 minutes later, had Kylah Breeden, a paramedic with the Durango Fire Department, on board. Breeden, with the help of her husband, Nick, was able to cross the river with supplies and begin addressing the woman’s injuries immediately. The train left soon after, so that Henry could ferry in members of the SAR team.

At first the rescuers hoped to evacuate the woman using a helicopter, but the high, narrow canyon made that impossible. Instead, they rigged ropes across the Animas River that they could attach a backboard to, and shuttled her across. SAR then transported the woman to Deer Park, where a CareFlight helicopter transported her to Montrose Hospital. At the same time, the railroad sent an engine from nearby Silverton to retrieve the Breedens and the SAR team.

“By that time it was getting close to 4:30 in the afternoon, and you know Kylah, she stayed out there for the duration, basically in her uniform, just soaked through,” D&SNG Superintendent Darren Whitten told the Herald.

SAR, it turned out, had been looking for the hiker for some time, as her parents had alerted the organization after she didn’t return from her hike as scheduled—a reminder of the importance of sharing hiking plans with individuals in the frontcountry before heading out, especially when traveling alone.