Remember your first pocket knife? With that trusty new tool in your hand, you probably felt like you could take... 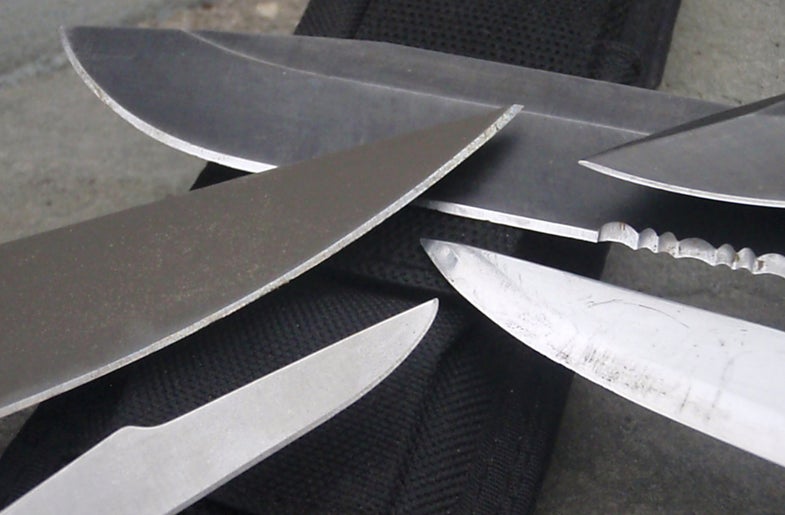 Remember your first pocket knife? With that trusty new tool in your hand, you probably felt like you could take on the world. Until you dulled down that new blade, that is. But you just needed good sharpening equipment and a solid sharpening technique (of the two, the technique seems harder to come by). Whether you are sharpening with rods, a whet stone, or an actual stone from the creek, these five tricks can help you turn your dull knife into a sharp blade again, at home or in the field.

1. Stabilize your stone. If you are using a slab shaped whet stone, it will serve you best if it is locked down and unable to wiggle. A wobbling sharpening stone grinds metal from your knife edge in an uneven pattern. Rather than holding the stone by hand, secure it to a log or some other stationary object. Then, you can better maintain the same edge angle as you sharpen.

2. Count your strokes as you sharpen. It’s very important for the number of strokes to match on each side of the edge. Over-sharpening on one side can lead to an odd knife edge bevel, which is not as sharp.

3. Select the right angle for the particular knife you would like to sharpen, and stay at that angle while sharpening. It doesn’t have to be exact, but it should be close. Most knives have a bevel angle of roughly 20 to 23 degrees.

4. Sharpen often, before the edge gets too dull. This keeps your knife effective and can save you from a major sharpening job down the road. I learned this trick on my first knife. It was a nice little Wenger Swiss Army knife with black handle scales. And like most Swiss Army knife blades, it was almost impossible to create a very sharp edge on it. But frequent sharpening kept it serviceable, until the fateful day when I lost my first knife.

5. Mark the edge with a black Sharpie pen before you start sharpening. With the ink in place, it’s easy to see where you’ve sharpened and were you missed a spot. This trick can be repeated during the sharpening process until your knife edge is extremely sharp.

Good luck with your sharpening, and please tell us your own tricks by leaving a comment.