pager)_ If you didn’t already know, September is National Preparedness Month in the United States. But are we, as a... 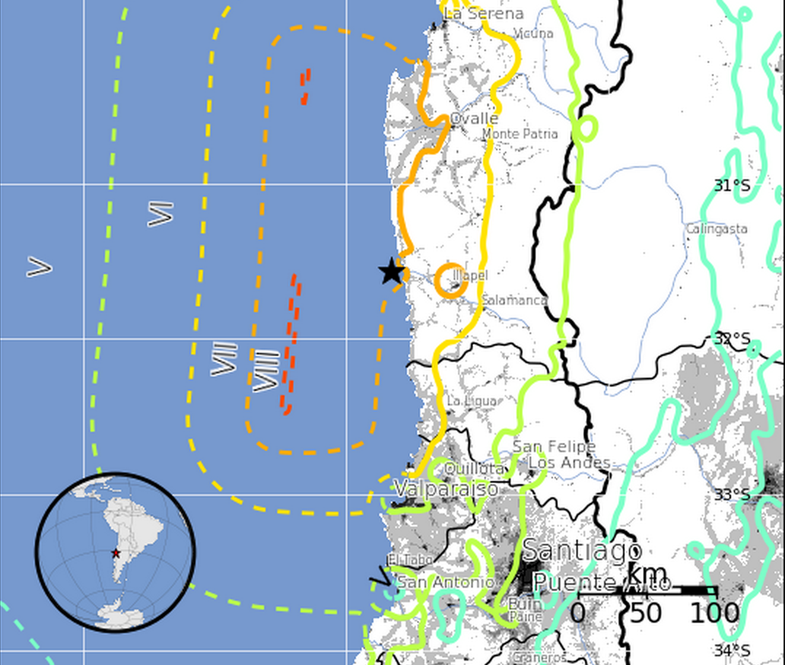 If you didn’t already know, September is National Preparedness Month in the United States. But are we, as a nation, taking this subject seriously? I’m not so sure. But there is at least one South American country that has clearly analyzed their threats and taken the steps to combat them. On Wednesday an 8.3 magnitude earthquake occurred about 150 miles from Santiago, Chile—forcing the country to put its preparedness to the test.

The quake occurred seven miles underground and it lasted roughly three minutes. Even though one million people were evacuated from the area, there are only 12 known fatalities at present. This is a stark contrast to the 1960 earthquake in the same region, which claimed over 5,000 lives. The recent earthquake proves that preparedness (in the form of sound engineering, effective fortifications and timely alerts) can truly save lives in earthquake-prone areas. But even with modern engineering marvels in place to withstand the violence of a quake, a person still needs to know how to react in the event of an earthquake. Here are four things you should avoid if you ever get caught in a quake:

DON’T HIDE UNDER A BED
The small space underneath a bed will be made even smaller if the ceiling collapses on it. If you are in bed during the night and an earthquake occurs, simply roll off the bed and stay near the edge. The bed will hold up some of the debris, creating a safe void around the perimeter of the bed. Never get under it, and teach your children never to crawl under the bed in an earthquake. If there’s nothing sturdy enough to protect you from falling rubble (which could include fragments of the ceiling, use the “triangle of life” tactic. Crouch beside a large, stable piece of furniture that could deflect debris. Or cover your face and head, and stoop in an inside corner of the building that’s away from possible falling objects.

FLEE FROM WINDOWS
Windows may seem like a way out of danger, especially since you can see through them, but just imagine the damage that big broken pieces of glass will do to the human body. Glass moves and breaks in strange patterns during earthquakes, and these broken pieces can be deadly if they fall on you – or you fall onto them.

STEER CLEAR OF THE STAIRS
The average stairway is a deathtrap in an earthquake. The treads can cut a person into pieces if the building collapses on top of them. Don’t be on the stairs, or under them in a quake.

GET AWAY FROM BUILDINGS
If you’re outside when a quake hits, head to an open space that’s away from structures, streetlights, trees and overhead wires. In an urban space, the area of highest risk is directly outside buildings.

Would you be ready if a quake hit your area? What if you have to be evacuate after that quake. Tell us what you’d do by leaving a comment.