This was my first year attending Range Day at SHOT show, and although it was a cool experience to be... 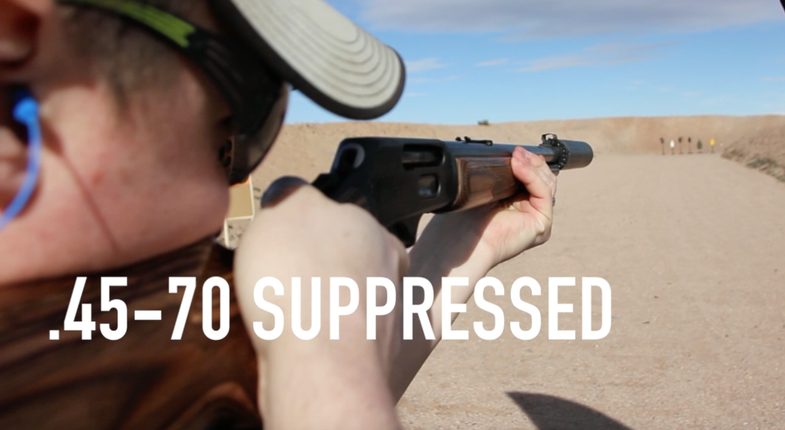 This was my first year attending Range Day at SHOT show, and although it was a cool experience to be able to shoot all kinds of new guns, a lot of it is impractical for me or other average hunters and shooters. However, there are plenty of items that are relevant. One such item is the hybrid suppressor from Silencerco.

This thing caught my eye immediately at the range, mounted on a Marlin .45-70. The Marlin .45-70 is one of the most iconic Alaska brush guns, both because of its stopping power and easy handling. I can see some advantages to being able to suppress them, both for pleasure of shooting and the elimination of ringing ears. On the Marlin, the 7.8-inch can didn’t make the rifle awkwardly long, and with the weight of the rifle, the extra weight on the muzzle wasn’t too bad.

The Hybrid is great as a .45-70 or .458 suppressor, but it’s much more than that. From what I’ve seen, I would say it is probably one of the best, if not the best suppressor for those who can only afford one of them. The can utilizes interchangeable end caps and can use direct thread, or muzzle brake mounting. It can be used on a very wide variety of handguns and rifles. If you can only buy one suppressor, this one is it. Its versatility while retaining its effectiveness makes this one a no-brainer. At $1000 MSRP, this is more affordable than many single-caliber rifle suppressors.