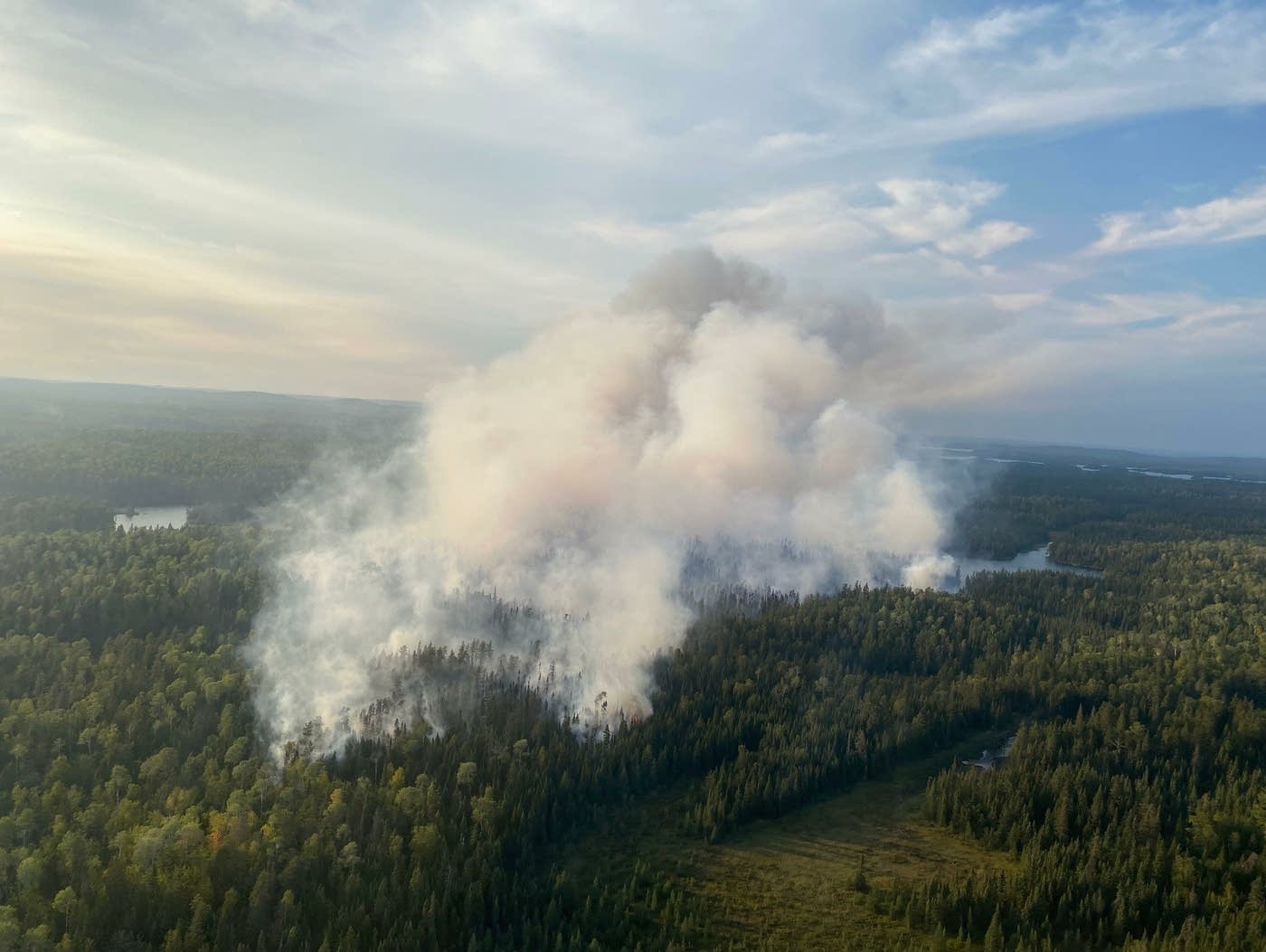 The BWCA in Minnesota has been closed due to wildfires.
SHARE

Meanwhile, the Greenwood fire has raged out of control and had spread about 14 square miles. Approximately 250 firefighters were battling the blaze, as efforts are underway to warn canoeists and hikers across the vast wilderness to get out of harm’s way. Heat, low humidity and dry woodlands have fueled the Greenwood Lake fire, one of several burning inside and outside the Boundary Waters.

“We have wilderness rangers paddling in the Boundary Waters to move people from areas, and we’re trying to do a systematic sweep,” Superior National Forest spokesperson Joanna Gilkeson told MRP.

The sweep is beginning on the east side of the BWCAW, moving west to where a large closure order has been in place for more than a month due to concerns about wildfires just across the border in Ontario’s Quetico Provincial Park.

“I don’t think of it as an evacuation, just implementation of a closure,” said Cathy Quinn, a recreation and wilderness specialist with the Forest Service.

No people are in harms way, says Quinn, and forest rangers have cleared campsites closest to fires. The BWCA closed entirely so emergency responders can focus on fighting fires, not rescuing stranded or injured campers, she reported to MPR.

Quinn said crews are using those planes to search campsites and contact campers. While some telephone communication is possible with some wilderness visitors, most learn of the fire danger by rangers in canoes.

“They are all paddling,” she stated. “People sometimes think it’s more efficient to have a motor in these situations, but we found that it slows you down. It [motors] limit you, and sometimes even can be a safety hazard. We’ve been doing this type of work long enough that we know to stick with the simple tried-and-true canoe and paddle.”

Read Next: Ice Fishing in the BWCA

The BWCA is one of the most visited wilderness areas in America. Last year nearly 166,000 people visited the wilderness, which is a 16 percent jump from the previous year, according to MPR News. The 1-million-acre wilderness contains more than 1,200 miles of canoe routes, 12 hiking trails and more than 2,000 designated campsites.

Drought conditions are even worse in the West, and are fueling around 100 wildfires, reports the Associated Press. California already has surpassed the acreage burned at this time last year, which set a record.