Washington Wolf Numbers Are Up and Livestock Depredation Is Down, But the State Still Spent $1.4 Million on Conflicts

The number of wolves in the state has risen for 13 consecutive years now, with the population increasing by 16 percent in 2021 alone 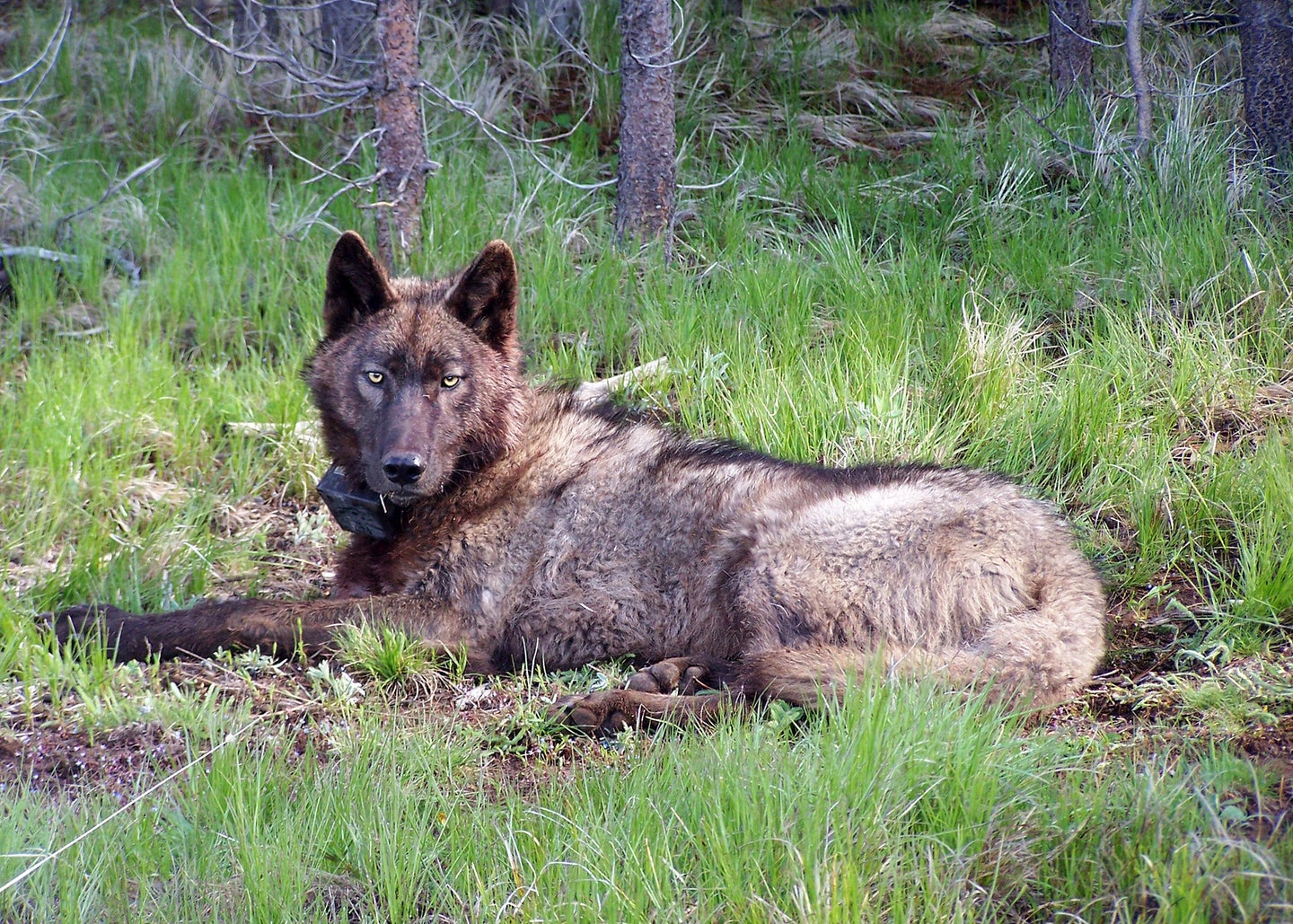 In addition to conducting annual counts, wildlife managers in Washington and Oregon keep track of wolf populations by fitting some individuals with GPS collars. ODFW
SHARE

The Washington Department of Fish and Wildlife released its 2021 Annual Wolf Report on Saturday. The report shows that Washington’s wolf population has grown for the 13th consecutive year, and it increased by 16 percent just last year.

Working with tribal wildlife agencies, WDFW counted a total of 206 wolves in 33 packs across the state in 2021—with 19 of those packs considered successful breeding pairs. Compare that to 2020, when the agency counted 178 wolves in 29 packs and 16 breeding pairs. The four new packs were formed in the eastern and north central parts of the state, in Columbia, Ferry, Stevens, and Chelan counties. WDFW clarifies that the annual count listed in the 2021 Annual Wolf Report represents a minimum number of wolves in the state, and officials speculate that the population of wolves in Washington is probably much higher than the number listed in the report.

“Washington’s wolves continue to progress toward recovery, with four new packs documented in four different counties of the state in 2021,” WDFW director Kelly Susewind said in a recent news release.

The Ongoing Conflict Between Wolves and Livestock

Wolves were extirpated from Washington in the early 1930s due to an increase in fur prices, local bounties, and government-sponsored predator control programs—not to mention the prevailing cultural views shared by many pioneers of the era, who saw predators like gray wolves and grizzlies as a threat to their survival and livelihoods.

The species remained absent in the state until fairly recently, and a resident pack was first sighted in northern Washington’s Okanogan County in 2008. Since the establishment of the Okanogan pack, wolves have steadily increased their numbers throughout the state, growing by an average of 25 percent per year.

In Washington, as in the rest of the Western United States, this continued growth is either a blessing or a curse depending on who you ask. Gray wolves are now one of the most controversial species on the landscape, and this is especially true within the Western ranching community, which typically fields a greater financial burden of wolf reintroductions than other stakeholders.

Taking a closer look at the interplay between gray wolves and ranchers in the Evergreen State, WDFW revealed in its report that five cows were killed by wolves in 2021, with another eight cows injured due to wolf conflicts. The agency also specified that eight of the state’s 33 packs were involved in these depredation events. As a result, two wolves from the Columbia Pack were lethally removed—one by the WDFW and the other by a landowner with a state-issued depredation permit.

While these numbers are significantly lower than they were in 2020—which saw nine cows killed and another 30 injured by wolves—the state still spent roughly $110,000 on reimbursements to livestock producers in 2021. Officials are staying optimistic, however, about their progress in managing the highly controversial predators and mitigating their effect on the state’s multi-billion-dollar cattle industry.

“Although wolf-livestock interactions have remained consistent, we recorded the lowest number of livestock depredation incidents in the state since 2017 and removed the fewest wolves in response to the conflict since 2015,” said WDFW wolf policy lead Julia Smith. “We’re committed to promoting the proactive use of non-lethal deterrents to minimize wolf-livestock conflict, and are proud to demonstrate that our approach is working thanks to the dedication of livestock producers, non-governmental organizations assisting directly with livestock monitoring, and WDFW staff.”

Because this approach is more varied than a simple reimbursement program, the $110,000 that was paid out to ranchers is only a fraction of the overall cost of managing wolf-livestock conflicts in the state. In a video presentation to the Washington Fish and Wildlife Commission, statewide wolf specialist Ben Maletzke explained that between contracting range riders, funding research activities, and compensating livestock owners, the real cost of these efforts was closer to $1.4 million in 2021.

The Management Status of Wolves in Washington

Washington’s management of wolves is more complicated than in other Western states, mainly due to its size and location. (The same can be said of neighboring Oregon.) According to WDFW’s 2011 Wolf Conservation and Management Plan, gray wolf populations are classified into four different recovery regions: the Northern Cascades, Southern Cascades, Eastern Washington, and Northwest Coast Regions.

The Eastern Washington Recovery Region is unique among these because it is considered part of the U.S. Fish and Wildlife Service’s Northern Rocky Mountain “Distinct Population Segment.” Which means that between 2011 and 2020, while the rest of the state’s wolves were considered endangered and under the management of the USFWS, wolves living in the eastern one-third of Washington remained under state management.

In October 2020, when the Trump Administration delisted gray wolves, WDFW became responsible for managing all wolves in the state. This shift turned out to be a brief interlude, however, as a federal judge in California restored federal protections for the species in February, thereby returning the management of the state’s wolves in all regions except Eastern Washington to the federal government. And according to the federal agency, the USFWS is currently evaluating the status of gray wolves in the North Rockies “to determine whether the ESA protection is again warranted for those wolves.”

On top of all this, Washington lists the gray wolf as a state endangered species, which means it is illegal to kill, harm, or harass wolves anywhere in the state independent of federal protections. The Washington Fish and Wildlife Commission will continue to evaluate the status of species, and its evaluations are based, in part, on the Annual Wolf Report.