After EU President’s Pony Is Killed by a Wolf, Europe Considers Easing Protections for Wolves

After a sensational attack on a pony, the European Union reconsiders protections for Europe’s skyrocketing wolf population 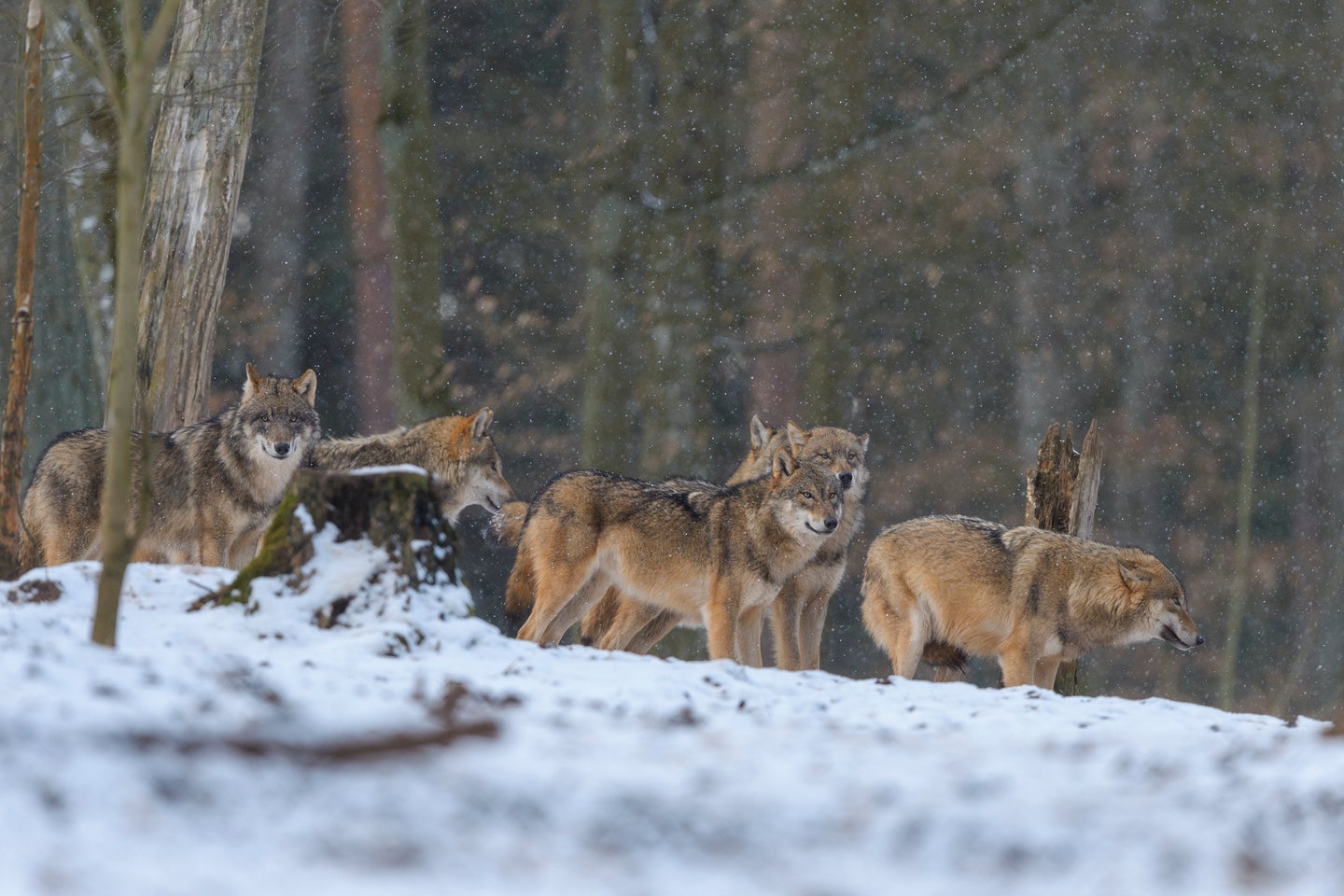 A pack of wolves in Germany. Getty Images
SHARE

I came to Europe this week to do a little late-season hunting, learn how the world’s oldest gun manufacturers are adjusting to the declining value of the Euro, and maybe hit a few traditional holiday markets in the homeland of Christmas.

I didn’t expect to be slapped in the face with the politics of wolf recovery here in Germany. I could have stayed at home in the American West for that. At home I could report on Colorado’s controversial plan to reintroduce the predators, or the rapid expansion of wolves in California. But wolves have been in the news on the continent for the past week, as the leader of the European Union has suddenly—and personally—been confronted with the realities of wildlife behaving wildly.

The shocking news: A beloved 30-year-old pony belonging to Ursula von der Leyen, the president of the European Union Commission, was cut down in a northern German pasture and killed in early September. Wolves were suspected at the time in the death of “Dolly,” but their involvement was confirmed just last week with DNA analysis that concluded Dolly’s death was caused by wolf “GW950m,” an older male with a prior record of predation on livestock. Within hours of the finding, authorities issued a shoot-on-sight order for GW950m, a “problem wolf” that reportedly has killed a dozen sheep and cows across the northern German state of Hanover. Dolly, apparently, was its final strike. One wonders if GW950m had picked someone else’s horse, perhaps he’d still be enjoying his taste for lamb and Shetlands.

The incident also made me wonder how we might expect California’s governor Gavin Newsom to respond if his house cat was killed by a mountain lion. Formerly protected puma P-22, a California cougar characterized as “beloved” before it went on a small-pet feeding binge (and then was euthanized) in Los Angeles County earlier this month, comes to mind.

But von der Leyen’s retribution went way beyond GW950m to include wolves distributed from Norway to Spain. Last week, she signed a letter—one she had previously opposed—requesting that legal protections of wolves across the EU to be “downgraded.”

“The Commission recognizes that the return of wolves to regions of the EU where they have been absent for a long time and their increase in new territories involve challenges and some conflicts, such as attacks on livestock and risks for the local population,” reads the letter.

It’s a remarkable reversal for von der Leyen and other EU leaders, establishment liberals who have passed sweeping animal-welfare laws and who have tolerated a “rewilding” movement that aims to return parts of Europe to a pre-civilization landscape in which even extinct species are resurrected in a sort of neo-modern non-petting zoo. Wolves are a big part of that rewilded landscape.

Wolves are thriving across the continent even without intentional rewildling. European wolf numbers have increased by 1,800 percent over the past 50 years, according to an estimate from the World Economic Forum. By almost any reckoning, the restoration of wolves is a remarkable success, with an estimated 17,000 lobos occupying nearly every country in continental Europe. That’s more than twice the estimated number of wolves in the United States, outside Alaska. And it’s happening in a European landscape with relatively few wildlands and plenty of intensive human development.

Indeed, all those wolves roaming a continent with lots of livestock, towns, and roads has created some serious conflict even before Dolly’s untimely death. Hundreds of sheep (10,000 in France alone), cattle, and other domestic animals are killed by wolves every year in Europe. In 2018, France (where wolves are called “loup”) culled 40 wolves, Finland (“susi”) cut its population down to 150, and Norway (“ulv”) has used kill permits to keep its population around 100 wolves.

It’s not just domestic livestock that are being impacted by wolves. A study of the effect on roe deer in a French mountain range concluded that deer abundance, fawn body mass, and browsing activity all declined after the range was reoccupied by wolves. A German friend told me that butchers in the eastern part of the country are reporting significantly reduced business because hunters are bringing in fewer stags, wild boar, roe deer, and other animals since wolf numbers have increased in the borderlands between Germany, Austria, and Poland, and the Czech Republic. Whether wolves are killing these animals, or whether prey species are simply staying in cover for longer is anyone’s guess.

The continued protections of wolves by the European Union government and the practical reality that wolves eat livestock and wild ungulates has created plenty of friction for Europeans with no memory of living with wolves. Add the body of European literature, from Beowulf to Little Red Riding Hood, that demonizes wolves, and last week’s consideration by the EU that maybe it’s time to manage wolves has something for everyone to either love or hate.

In other words, thanks to their ability to both unify and polarize, wolves are helping Europe to look a lot like America.