A Wisconsin man pled guilty to 19 charges associated with the illegal transportation and sale of invasive silver, grass, and bighead carp 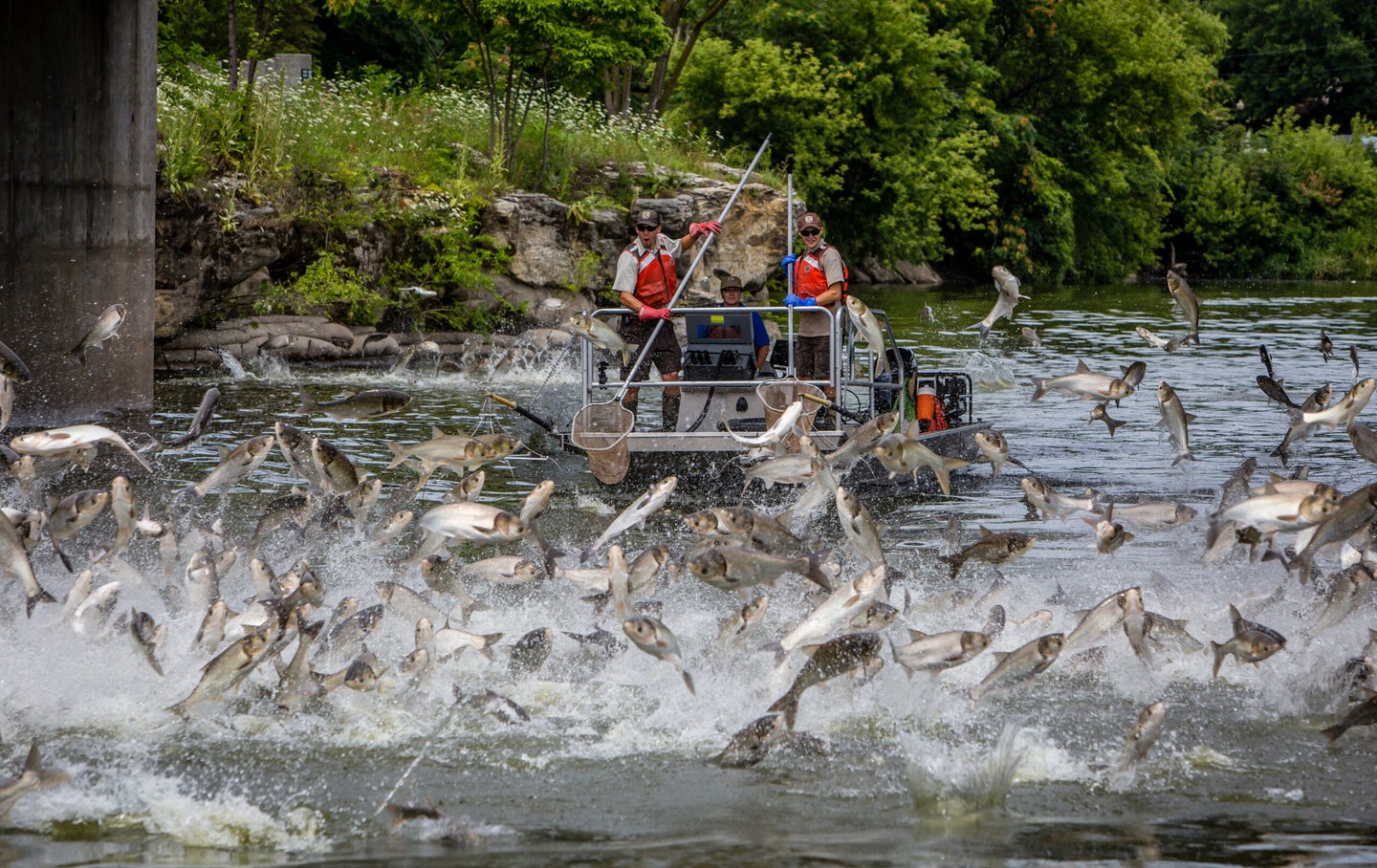 Silver carp jumping in the Fox River, which runs from Wisconsin into Illinois. Silver carp feed on the plankton necessary for larval fish and native mussels. Ryan Hagerty / USFWS
SHARE

After a multi-year investigation into by the Wisconsin Department of Natural Resources, a wholesale fish dealer from Platteville, Wisconsin, has been convicted of selling invasive carp.

Ping Li, the co-owner and sole operator of Li Fish Farm, LLC, was convicted in the circuit courts of Grant and Dane counties for two misdemeanors plus 17 forfeiture violations in a plea deal, according to the DNR. Those 19 convictions resulted in a fine of more than $13,000. Specific offenses include “violation of wholesale fish dealer vehicle ID requirements when transporting fish, possession of illegal fish with a value over $300, improper transport of Asian carp, and failure to keep wholesale fish dealer records.”

In 2018 law enforcement officials began their investigation of what the DNR says is the states first case involving the illegal sale of invasive silver, grass, and bighead carp to Asian Midway Foods in Madison. Undercover officers learned that Li was trucking hundreds of pounds of illegal carp during most deliveries to the food store, and it had been going on for years.

Under Wisconsin law, it’s illegal to possess invasive carp unless the fish has had its gills severed or it’s been gutted. This is required to prevent the highly invasive and hardy species from potentially escaping into the state’s waterways. DNR says that almost all invasive carp Li transported were completely intact, and therefore illeag. Many of the carp Li shipped to Wisconsin were brought in from Illinois. Li illegally sold more than 9,000 pounds of invasive carp in 2018 alone.

Invasive carp have contaminated many waterways throughout much of America, displacing native fish species and degrading water environments. While they have not thrived in the Great Lakes, they are established in the Mississippi River and in some Wisconsin inland lakes.

“The laws around the Great Lakes States are in place to minimize the threat of these species finding their way into new waterways at the hands of humans,” Lt. Robert Stroess of the Wisconsin DNR said in a statement. “The laws serve as important protections for our native Wisconsin fish.”