What made you a hunter? For most of us, the answer is having a place to do it. Television host... 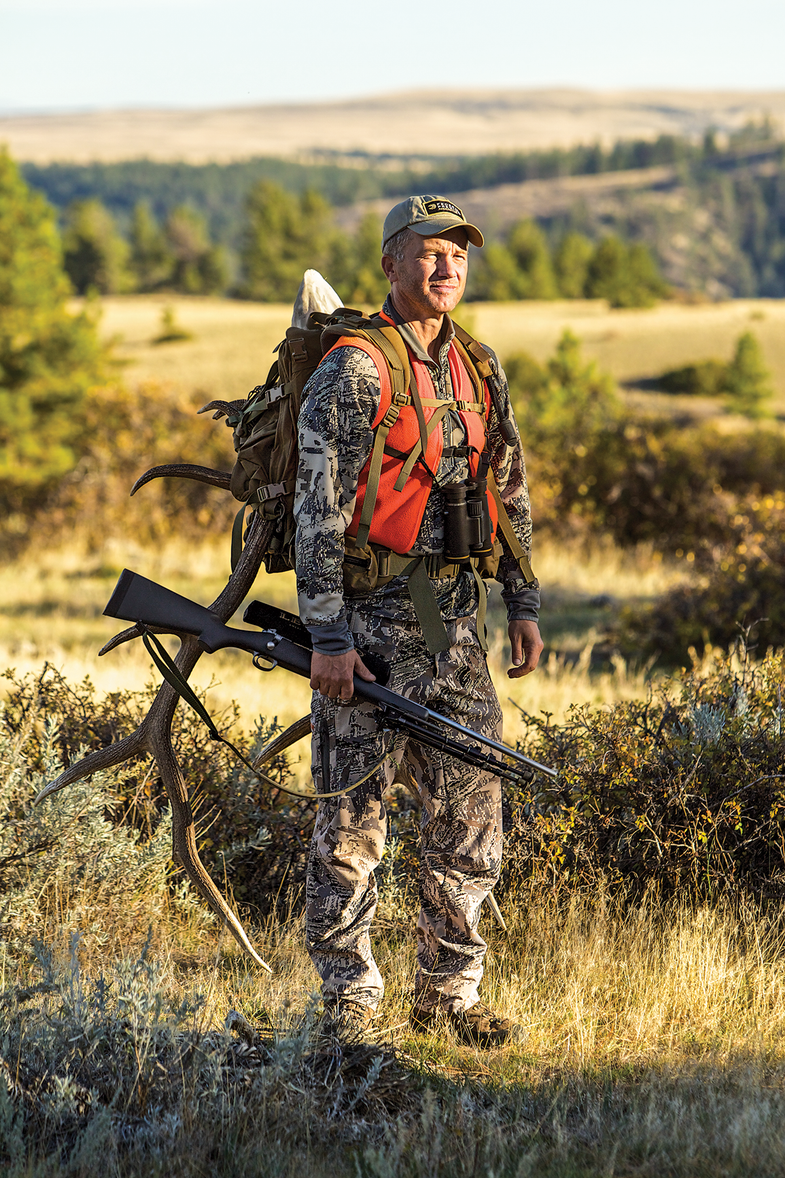 What made you a hunter? For most of us, the answer is having a place to do it. Television host and public-land hunter Randy Newberg is on a mission to stop recent proposals to sell or trade federal land. Why would he risk a successful career as a hunting personality to battle politicians and powerful special interests? Because it’s what hunters have always done, he says, and always must do.

**Outdoor Life: Why is public land so important to you?

Randy Newberg:** I grew up in northern Minnesota, and my parents divorced when I was 11. Money was tight for a single mom raising three kids. The only saving grace was that I had Pine Island State Forest within a quarter mile of my back door, and I spent all my time there. That’s where I became a hunter. If I had had to pay even $1 per day for access back then, I couldn’t have afforded it, and I wouldn’t have become a hunter. If we don’t have places to hunt, we don’t become hunters. It’s that simple.

**OL: You host a TV show. How does that make you an authority on public land?

RN:** I’m also a certified public accountant, but neither of those vocations makes me an authority on public-land hunting. My first show, On Your Own Adventures, and now Fresh Tracks with Randy Newberg, is the only hunting program that takes place exclusively on public land. The goal isn’t for people to watch me shoot animals—it’s to encourage viewers to hunt public land, and we show them on the program exactly how to do it. My entire point is that these lands are out there for our use—everyone’s use—and I’m vocal about their management to keep them in public hands.

**OL: I don’t think anyone would disagree with you that public access is important. Why is this issue so important right now?

RN:** Because there are numerous efforts in the works to take our public land away from us. It’s a fairly recent movement that started with some Western states, but it’s now a national issue. Members of Congress are being convinced by politically connected special interests that because much of our public land has been managed poorly, those lands should be sold off or given away. I actually agree with many of these folks that our public lands need better management, but to me, giving them away is like saying that because your rental property needs better management, you should just give it away. No one would do that. You’d propose better management and keep the property.

OL: Can you give an example of this mismanagement?
RN: Sure. Funding for wildland firefighting. Congress has deliberately squeezed budgets for agencies that fight fire on public land. As a result, agencies have to take money from other programs in order to fight increasingly catastrophic fires, and then programs like campsites and road maintenance don’t get the funding they need. Congress looks at all the things that aren’t getting done and says maybe states could do a better job of managing our federal lands. The thing is, the states don’t have the funding, and they’re sure as hell not going to raise taxes. So in order to pay for management, some lands will either be sold or developed to maximize revenue.

OL: This is public land. Why isn’t the public more involved in its defense?
RN: I think a lot of people glaze over when they hear about politics. That’s just the way the Beltway folks want it, so that they don’t have to address concerns from real people. But this issue has a lot of influence behind it, mainly from the people who would like to use our public lands for other things. The land-grabbers know that hunters can be reluctant to take action until it hits close to home. As long as their little canyon is available for elk hunting, a lot of hunters don’t get involved even if the rest of the forest is sold off. But this is one of those “cold dead hands” issues that our generation of hunters owes to the next generation. It goes back to what made you a hunter: a place to hunt. If we lose these public lands during my time, or under my watch, then I would consider most of my life’s work and efforts to be a failure. That’s how important this issue is for me.

NOTE: To learn more about the federal-land divestiture movement, visit SportsmensAccess.org or go to RandyNewberg.com and click on the HuntTalk forum, which features a lively discussion about public-land policy. Or visit OutdoorLife.com/divestiture to read Andrew McKean’s piece “Stop the Silly Talk of Selling Public Land.”