DIY Backcountry Hunt: How to Plan and Execute Your Public-Land Adventure

In the West, most hunting opportunities occur on public land. This is both good and bad. I can hunt thousands... 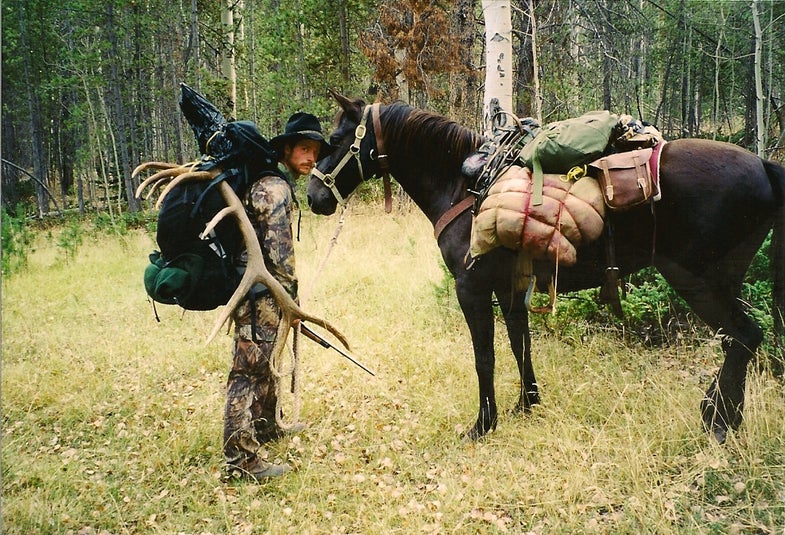 In the West, most hunting opportunities occur on public land. This is both good and bad. I can hunt thousands upon thousands of acres every year for mule deer and elk. That’s good. The bad? Hordes of other hunters can hunt those same acres every year for the same species. The upshot simply means that to be successful a hunter needs to hunt harder, smarter, and longer than other hunters.

It also means that I need to plan and prepare better.

I’m going to focus on mule deer and elk, because these are the iconic species most hunters interested in a western mountain hunting experience dream about. In many cases the two species inhabit the same range, making scouting, research, and planning strategies applicable to both. So let’s get started.

First, decide what is important to you. Do you want to kill a monster and are you willing to go home empty handed if you don’t – or would you prefer favorable odds to simply harvest an animal regardless of size? Are you willing to hunt days on end without seeing so much as a hair in hopes that when you finally spot a buck/bull he will be the stuff dreams are made of? Or would you rather see lots of game and take home small antlers and savory meat? Decide what kind of experience you want and tailor your research accordingly.

Second, choose a state and an area. Most western states are divided into hunt areas. State game agency websites provide information pertinent to each area including boundaries, maps, hunter/harvest data, age/trophy data, male/female ratios, and so on. Thorough research will reveal areas where hunter numbers are below average, harvest percentage is above average, and/or trophy class animals compose a larger percentage of the population. Make a list of criteria and research potential states and areas till you find what you are looking for. Here’s an example of a list focused on finding a good archery elk area.

Once you choose an area learn as much as you can about it. Study topo maps and Google Earth to search out likely hot-spots for game. Phone local wildlife biologists with a list of questions. If possible do some boots-on-the-ground pre-season scouting.

Third, become the best. Ten percent of hunters kill ninety percent of the game. So don’t let the low harvest statistics prevalent across most of the mountain states deter you. Become one of the ten percent.

1) Hunt deeper. Most hunters love familiar terrain and comforts of home. That means that rugged, hard-to-access places are left to those who are willing to earn their meat.

2) Hunt harder. This means you should rarely see your camp by daylight. Pack a lunch to eat in the field, and if you need a nap take it downwind of an elk wallow or near a muley bedding area where you have tasty midday browse within view.

3) Hunt smarter/better. Practice with your weapon till it becomes an extension of yourself. Use top-end optics. Carry and use topo maps. Gain a thorough knowledge of the species you hunt. And think outside the box.

4) Hunt longer. Many western hunters are weekend warriors. As a result Tuesday through Friday often offers the best hunting. When hunting public land you’ll earn your trophy, so set aside plenty of time. Another concept of “hunt longer” is that hunting an area annually will improve your success by leaps and bounds. I believe it takes four years to learn to hunt an area to its full potential.

Fourth, endure to the end. One of my most memorable hunts was for desert mule deer in an area that is rugged and vast, and deer few and far between. I hunted for five days without seeing a buck, and only two does. Then on my last evening I spotted a magnificent buck watching me from his bed over a thousand yards distant. I simply rolled under the log I was sitting by, crawled into a ravine, and began to run. Twenty minutes later I’d managed to close the distance to 250 yards. The buck stood from his bed, I rested my iron sighted 30-06 over a sagebrush and made one of the finest shots of my life. All the research, hard work, and empty days were worth it.

Public land DIY backcountry hunts are almost always physically tough, mentally taxing, and demand a high level of skill and commitment. But the satisfaction and fulfillment of bringing home a trophy that you earned the hard way; on a do-it-yourself hunt in a remote backcountry setting…well, glory lasts forever.