Outdoor Life’s Hunting and Conservation Editor on what we hope to see from the Department of the Interior on energy, public lands, grizzlies, and more 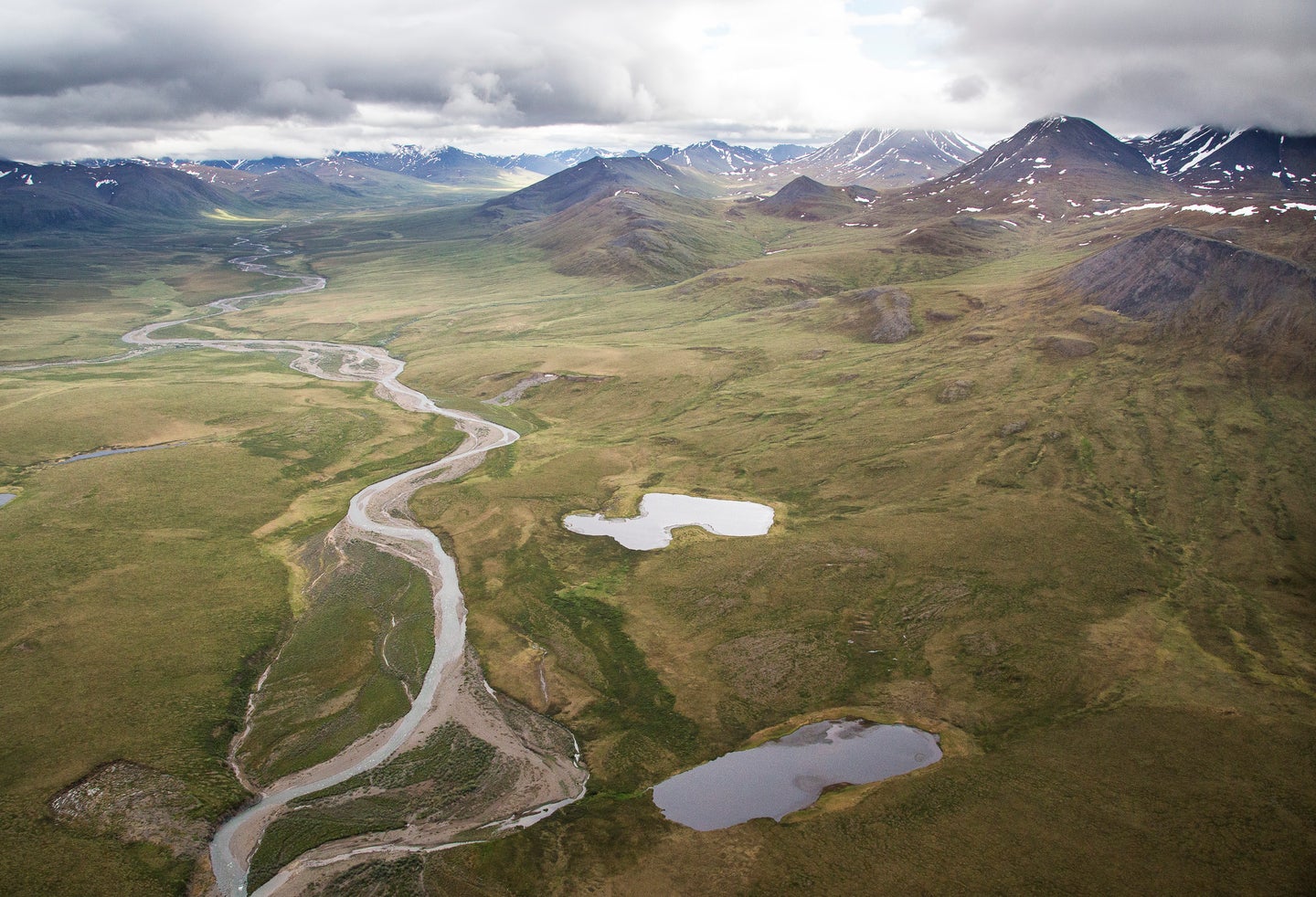 If they're careful, the next Secretary of the Interior could do plenty of good for our public lands and the folks who use them. Bob Wick / BLM
SHARE

The Senate Energy and Natural Resources Committee yesterday narrowly confirmed the nomination of President Biden’s nominee for Interior Secretary, Rep. Deb Haaland. The committee recommended her to the full Senate, which could vote within the next week to make her the first Indigenous person to hold a Cabinet position.

Haaland, a first-term Democratic congresswoman from New Mexico, has already been through two extensive interrogations by the Senate committee. Her final confirmation vote is expected to be close, but conclusive, especially because two Republican senators, Susan Collins of Maine and Lisa Murkowski of Alaska, have indicated they will vote for her. Murkowski was the lone Republican on the Energy and Natural Resources Committee to vote for Haaland.

Assuming she gets the nod, Haaland will take the reins of a sprawling department of 70,000 employees that operate 11 separate bureaus and manage about a fifth of America’s real estate, much of it in the West and Alaska.

Because the Interior can be considered America’s treasure chest of natural resources, and its secretary the keeper of its key, the position attracts intense interest by politicians, and industrial and recreational groups.

All those interests weighed in on Haaland’s nomination, but no single issue dominated the hearings—or will define the near future of her tenure—as much as energy. The Interior secretary is often seen as a personification of the nation’s energy policy. Would Haaland, as one of the drafters of progressive Democrats’ “Green New Deal,” work to eliminate fossil-fuel production on public lands, as she has previously pledged? Or would she counsel a slow transition to renewable energy with attendant employment opportunities for displaced oil and gas workers?

As many members of the Energy and Natural Resources Committee have expressed, there’s a lot we don’t know about Haaland’s priorities or directions. And there’s a lot in her public record to make both conservatives and moderates squirm. So, while the full Senate mulls her confirmation, I’d like to present a roadmap for the Interior. I offer this roadmap as a western landowner, a dyed-in-the-wool public land hunter, a former reporter on Indian country, a climate change believer, and the Hunting and Conservation Editor of Outdoor Life. Here’s what we’d like to see Haaland consider as she moves closer to becoming our next Secretary of the Interior.

Western senators are right to worry about maintaining the status quo of fracking, drilling, coal mining, and pipeline construction under a Biden administration. As a candidate and in the first months of his term, Biden has been vocal about transitioning America’s reliance on fossil fuels to renewable sources of energy that don’t contribute as much to greenhouse-affecting carbon.

But that’s been happening anyway. Look at northeast Wyoming’s Powder River strip coal mines; they’ve been shutting down as their biggest customers—Pacific Coast utilities—are required to bring more “green” energy into their portfolios. Look at the nation’s automotive sector; it’s responding to consumer demand and rapidly transitioning to electric vehicles. So it’s wrong to blame a single administration for the collapse of an industry already in transition. However—and this point can’t be stressed enough—that transition can either be rugged or gentle, and Haaland could go a long way toward proving her moderation and her promise to be bipartisan by ensuring that the Biden “pause” on public-land leases ends with a taper that uses incentives to convert America’s energy portfolio to include more renewables.

The nation’s organic transition from finite sources of energy to renewables should include the “all of the above” strategy that the Obama administration brought to national energy policy. It’s up to Haaland to ensure that public lands continue to contribute to America’s domestic energy production in a way that is measured, responsible, and sustainable. It’s worth noting that her predecessor, David Bernhardt, was an oil-industry lobbyist whose energy policy couldn’t be characterized as any of those things.

Specifically, the Bureau of Land Management (BLM) should end its speculative leasing policies that waste staff resources to prepare bid packages for land that doesn’t contain energy reserves but which props up ghost energy companies. We’d further expect to see drilling—along with solar and wind farms—limited to areas where energy production is prioritized by land-use plans. And we’d hope that any energy development accounts for big-game migration corridors and critical habitat for sage grouse and other species on the ropes. 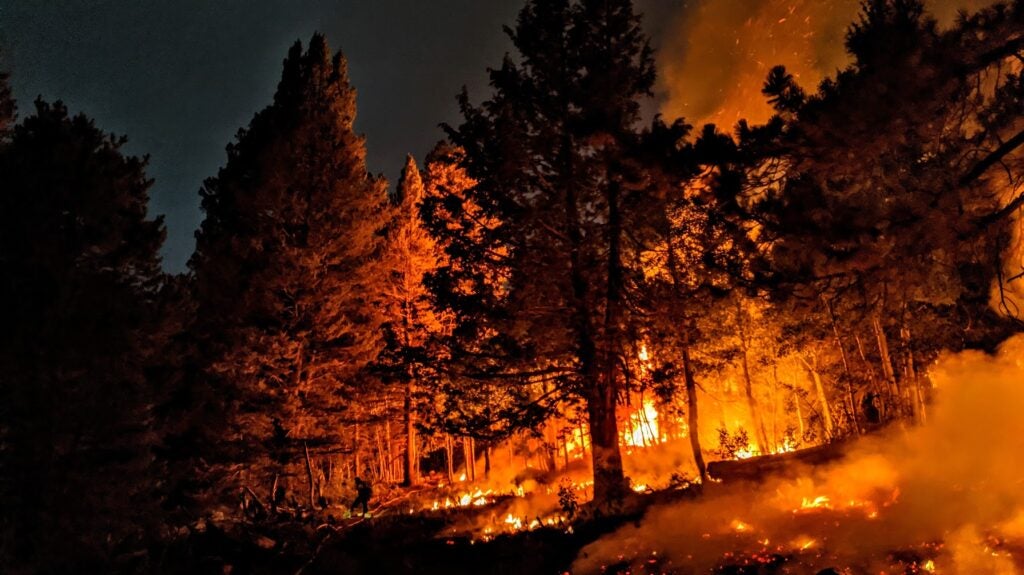 One of several large Western wildfires in 2020. The Civilian Climate Corps could be used to employ Americans to make our landscapes more resilient to wildfires.

Haaland mentioned one of the components of the Green New Deal in her testimony to the Senate committee: the establishment of the Civilian Climate Corps. The name harkens back to Franklin Roosevelt’s original New Deal and the Civilian Conservation Corps, a public-works response to the Great Depression by creating jobs that gave meaningful work to unemployed Americans and built much of the country’s infrastructure.

The idea actually has a lot of merit as we look at the colossal amount of work required to make our public lands and the communities that support them resilient to whatever the future brings. Our forests can use crews to thin dead timber and make them less susceptible to devastating wildfires. That inventory of thinned timber should revive mills and domestic timber production. Our national wildlife refuges could use CCC crews to upgrade visitors centers and improve wildlife habitat, and be used as places where hunting—especially for beginning hunters—is encouraged. And all our public lands and waters can benefit from removal of invasive species. All those are super-sized projects that will require inspired leadership and lots of hands.

Many of these jobs will surely be appealing to hippie foresters taking a gap year from college. But we hope there’s a focus on creating higher-paid positions that can help displaced energy-sector workers with critical and specialized skills. The main focus of this CCC should be to keep paychecks in rural communities. The second focus should be to transitioning these infrastructure jobs to the private sector.

Haaland rightly got blowback for previous statements that she wants to keep Yellowstone ecosystem grizzly bears under federal protections “for perpetuity.” For an administration—and a Cabinet nominee—assuring the public they would be guided by science, this is a highly uninformed position that we hope changes.

Grizzly bears in the Lower 48 have been under Endangered Species Act protection for 46 years. Thanks to scientific management—and heightened public recognition of their specialness—their populations reached 500, the threshold for recovery, in 2005. Since then, their numbers have increased steadily, to the degree that the ecosystem now holds so many bears that they are roaming widely and increasingly getting killed—by vehicles, game wardens, and ranchers.

Wyoming Game & Fish Department just released a synopsis of its grizzly bear conflict management for the past year. In 2020, the department captured 26 individual grizzly bears that had killed livestock, come into close proximity with human communities, or were obtaining unnatural food rewards. Eighteen of those bears were “removed from the population,” which is a euphemistic way of saying they were killed. Not by licensed sportsmen and women who would pay for the chance to hunt them, but by federal agents and state game wardens, and with taxpayer dollars.

It’s time to remove federal protections from the Yellowstone population of grizzly bears, which would let states use the science-based management that has successfully restored so many other big-game species. Hunted bears would learn in a few generations to stay away from human settlements, a dynamic that will allow them to use wildlands to repopulate currently vacant griz habitat.

But there’s a larger purpose behind the delisting. Haaland could show the nation that the Endangered Species Act works, and that its utility isn’t to perpetuate protections, but to grow populations, conserve critical habitats, and eventually graduate species off the list. That’s the best evidence of science working in the public interest that we can imagine.

Some 12.7 million acres of remarkable landscapes in the U.S. are designated as Wilderness Study Areas. They’re managed as wilderness—no roads, no mechanized habitat management, and other restrictions—but they’re not included in the National Wilderness Preservation System.

Many of these areas have been in this administrative purgatory for decades. Haaland’s administration should review these WSAs, and offer a conciliatory olive branch to Western Republicans by offering to remove protections from some of these lands in exchange for making others full-blown wilderness areas. Those WSAs in the middle? Create a new public-land designation called Areas of Exceptional Ecological Significance. These areas could allow grazing, where appropriate, and allow intensive habitat management, where appropriate, but also retain non-motorized and other restrictions, where appropriate.

You get the idea: Use local knowledge and attributes of each property to guide levels of protection. It’s long overdue that we allow this sort of flexibility to manage our most remarkable public lands.

While we’re talking about special public-land designations, Haaland could make good on her pledge to be bipartisan by turning down the temperature on national monument designations. As Utah Senator Mike Lee noted in Haaland’s confirmation hearings, monuments have been a political football, passed back and forth between Democratic and Republican presidential administrations.

Lee is correct that many communities in the rural West fear the imposition of national monuments in their areas. That’s a legacy of administrations that have used monument status as a sort of trump card, a way to protect lands by executive fiat that didn’t have support in the legislative process. We’re looking at you, Barack Obama.

The Antiquities Act is clear. Monuments should be as small as possible to protect the rare thing to be protected, whether that’s a battlefield or a network of redrock canyons. Haaland could reset the narrative by recommending National Monument status for special, sacred, and endangered places without making a land grab for overlarge areas. That decision alone would go a long way to making the Interior Department a better neighbor to rural Western communities while still protecting remarkable spots.

Haaland’s nomination is being closely watched by America’s first nations. Not once, since the Senate Energy and Natural Resources Committee was formed in 1816—back then it was called the “Committee on Public Lands”—has it considered the nomination of a Native American woman to lead the Interior Department.

It’s certainly time, but Haaland can do more than simply represent this community. She can help create policies to promote native communities as leaders of ecological health. Many Indian communities are suffering from poverty and hopelessness, but by leveraging the mechanics of the Civilian Climate Corps in Indian country, reservations could become the first places where our streams are restored, our wildlife species are conserved, and where culturally important sites are revived, all with catalytic funding and support from the Bureau of Indian Affairs.

Lastly, Haaland should harness a national appetite to be outdoors, to hunt, fish, roam, and test our mettle on our public lands. There’s a renewed awakening that our public lands are reservoirs of our national identity. If we have any final advice for the new Secretary of the Interior—regardless of who that is, or what administration or political party she or he represents—is to return that idea of public land as the source of who we are as a nation.

We hope Haaland restores the idea that the West never closed, that open land retains every American possibility, and that every glade and coulee holds some discovery, that is ours for the finding.