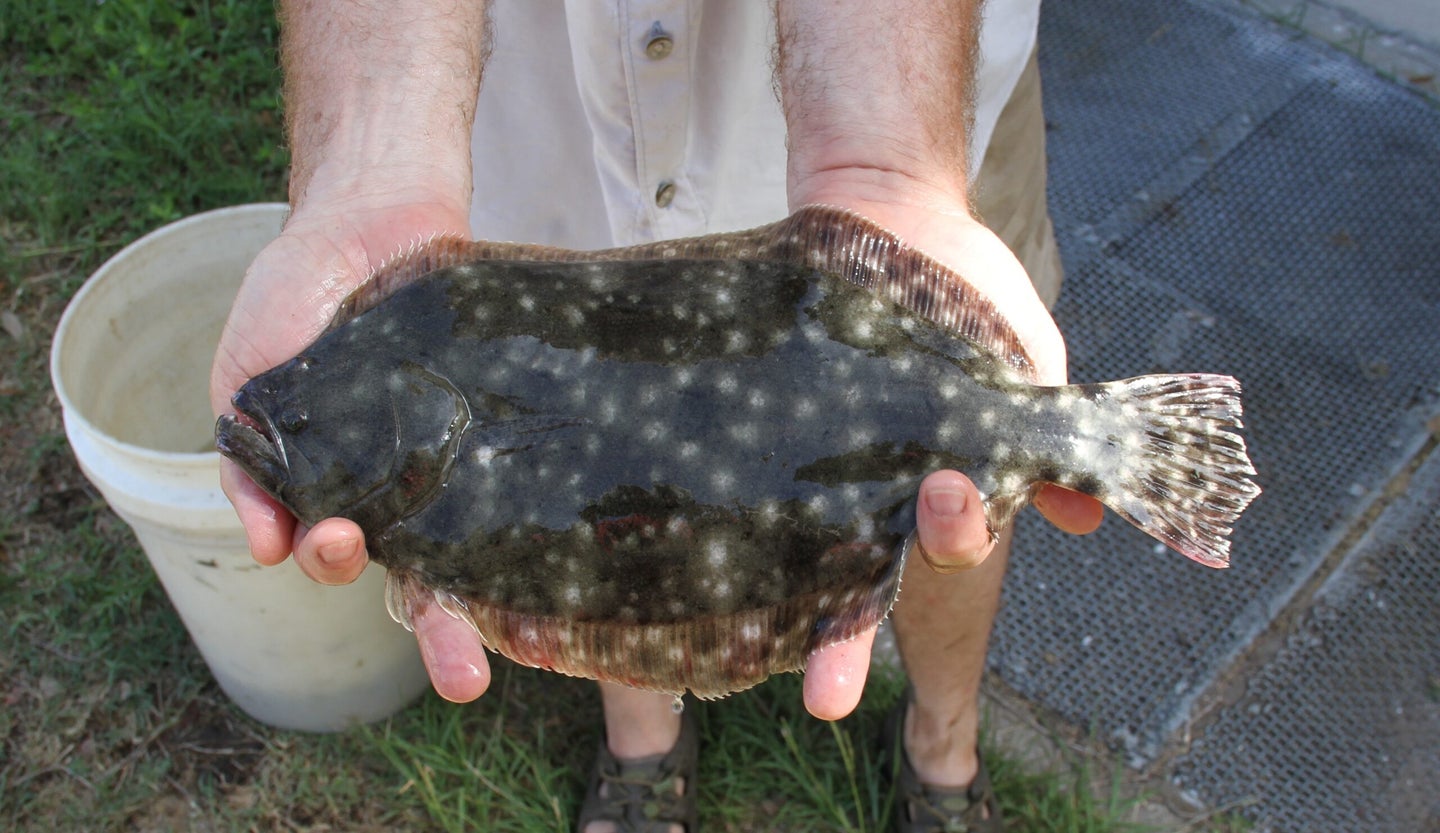 In an effort to protect declining flounder populations, The Texas Parks and Wildlife Department has enacted a temporary closure on flounder fishing this fall. Brett Albanese / Georgia DNR
SHARE

One of the most sought-after saltwater fish on the Texas Coast will be off-limits to commercial- and sport-fishermen starting Nov. 1. The temporary closure coincides with the fish’s annual fall migration from the bays to their spawning grounds in the Gulf of Mexico.

Citing negative trends and large-scale declines in flounder populations over the past several decades, The Texas Parks and Wildlife Department will suspend the year-round flounder season during a six-week period ending on Dec. 15. TPWD says its game wardens will be issuing citations to anyone who keeps a flounder in their possession during this period, and that anglers can avoid citations by releasing flounder immediately. It’s unclear if anglers are prohibited from targeting the fish, or if it’s a catch-and-release only mandate.

Known to locals as the “Flounder Run,” the fall migration is arguably the best time of the year for inshore and nearshore fishermen to find flounder in large concentrations. And while TPWD has traditionally reduced flounder limits during the fall migration, the state agency decided in May of 2020 to take those protections one step further by shutting down the fishery entirely this November.

The reason for Texas’ flounder population decline remains unclear. What is clear is that the problems facing flounder aren’t unique to the Texas Coast. The fish’s native range stretches from North Carolina southward into Mexico, and nearly all of the states in this coastal region are witnessing similar population declines.

Read Next: The Future of Trout Fishing in the West Could Be in Hot Water

In response to these declines, Alabama implemented a month-long closure last November, and the North Carolina Division of Marine Fisheries has approved even more substantial harvest reductions as part of a 10-year effort to rebuild stocks. The recreational fishing season there will only last for two weeks this year, opening on Sept. 1 and closing on Sept. 14.

The story has been the same in Louisiana in recent years, where the state’s total recreational harvest plummeted 80 percent over five years, from approximately 624,000 pounds in 2013 to a low of 124,000 pounds in 2017. This precipitous drop led to a range-wide study conducted by LSU and published this spring.

Referring to the results of the study, Stephen Midway, an assistant professor of oceanography and coastal sciences at LSU and one of the lead authors of the study, told The Houston Chronicle last March that “we are seeing some decline in the majority of the 34 estuaries that we have looked at.”

“The fact is,” Midway continued, “the declines are so widespread across the Atlantic and Gulf—including many places where fishing pressure is unlikely to be high enough to alone account for the decline—that fishing doesn’t seem to be the whole story.”

Midway and other researchers involved with the study looked at a number of other variables that could be affecting populations, including climate change and warming water temperatures. They are hopeful that additional research conducted on a regional scale will help fisheries experts come up with more solutions, and a more collaborative approach to managing the fishery.

For now, it is the responsibility of state agencies and local anglers to take the necessary steps to protect an increasingly fragile resource—even if that means giving the flounder a rest this fall.