Fishing Pressure Increased During COVID. Is That a Bad Thing for Gamefish Populations? 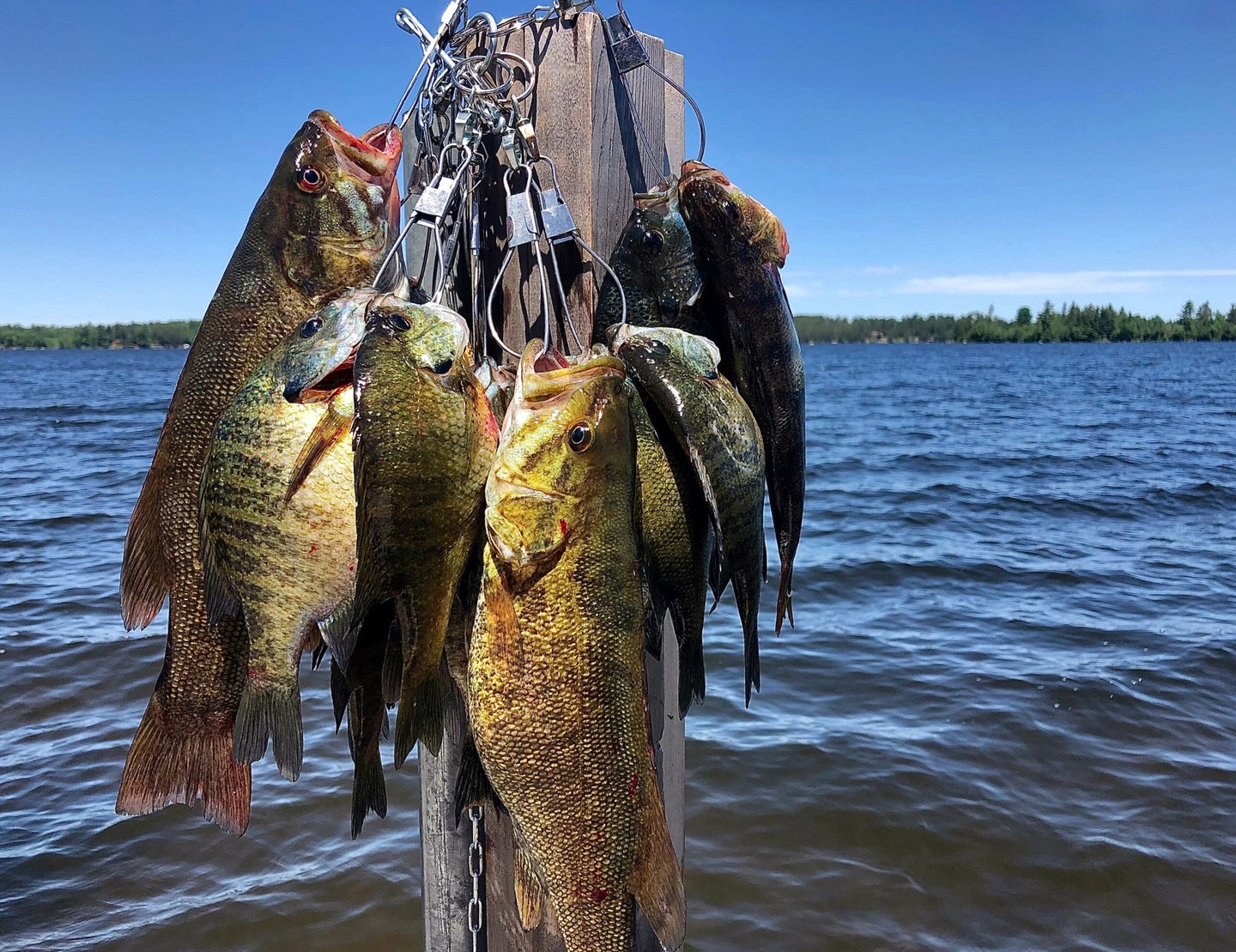 Some biologists are concerned about the fishing pressure introduced during COVID. Alex Robinson
SHARE

For the past couple decades, the fishing industry has been pleading with people to learn how to fish. State game and fish agencies needed the money. Fish needed advocates. The industry needed more customers. Then COVID hit and people started fishing. A lot more people.

How many more people, exactly, is still being tracked and analyzed, but anecdotes and local data paint a pretty clear picture. The pressure became so intense in some locations that Kirk Deeter, head of communications for Trout Unlimited and editor of Angling Trade magazine, coined some rivers in the West to be “Rivergeddon.”

His sentiment made national headlines, with the New York Times quoting him in 2020 saying: “The rivers are getting the living snot pounded out of them every day.”

“There’s hardly a boat available. There are no motors available. It’s pretty crazy to be talking to tournament anglers about what they can get ahold of, and often they’re far closer to the industry than your individual civilian,” Kelm says. “We’ve absolutely seen an increase in users on the water and the amount of people at boat launches.”

He’s also had a 10 to 12 percent increase in tournament entries since events could open again after pandemic closures.

What, exactly, did 2020 look like across the country? Were all waterways flooded with boats, waders, lines and hooks? Are catch-and-release fisheries at risk, as well as catch-and-keep ones? Are fisheries at risk at all, or are seasoned anglers just not used to seeing other people on the water?

Like most questions blanketing a country with countless waters and millions of species, it really depends. After interviews with close to a dozen fisheries researchers and experts, the recent change in fishing pressure is, essentially, a mixed bag.

Across the country one main takeaway is that while an increase in fishing pressure could cause issues on fish stocks in both catch-and-release and catch-and-keep fisheries, it could potentially be more troublesome when combined with existing issues like climate change, warming waters, and hurricanes.

Walleye populations in northern Wisconsin have been decreasing since well before Covid and the recent increased interest in fishing. The biggest problem is likely with walleye recruitment, according to Greg Sass, Wisconsin Department of Natural Resource’s fisheries research team leader.

Natural walleye reproduction has dropped so much that from 1990 to 2000, about 60 percent of northern Wisconsin’s waters were sustained entirely by wild walleye. Now about 35 percent are, and the rest require at least some support from hatchery fish.

“We don’t have a clear answer, it is likely lots of things,” he says. “The biggest player is climate change, water warming, loss of thermal optical habitat, water clarity, and temperature.”

Overharvest has also played a role in falling walleye numbers. A paper he co-authored in 2019 showed that as harvest rates stayed the same, reproduction rates dropped, leading to a loss in fish numbers. And in 2020, license sales increased another 8 to 10 percent in Wisconsin.

“From my scientific perspective, it’s something that can be concerning. We have minimum length limits and bag limits, but don’t regulate effort. There is a potential for more harvest in that situation for a species like walleye,” he says. “We will know more down the road, but I would anticipate if there’s more effort out there, there will be more fish caught and harvested.”

Catch and Release Can Be Trouble, Too

Data on the number of anglers in Montana hasn’t been processed yet from 2020, but anyone there, particularly in the western half, doesn’t need data to realize that fishing participation has increased. And not just because of COVID.

“The Madison River has been on the rise for several years now, and it is still our most fished water,” says Eileen Ryce, the fisheries chief of Montana Fish, Wildlife and Parks. “Our fishing sites are getting more crowded, and that became very apparent last year. Our facilities were just not able to keep up with demand.”

Anglers struggled with full parking lots, backed-up boat ramps, and people parking on sides of roads and on private land. The issue has become big—and controversial—enough on rivers like the Madison near Bozeman, Montana, that Montana Fish Wildlife and Parks recently created a rule to cap the number of commercial boats on the water.

Studies across the country, particularly on trout species, have been conducted for years to look at the impact of hooking mortality.

One 2008 paper reviewed previous studies on hooking mortality and found that, across 50 states and dozens of species, mortalities could be more than 30 percent in red drum, smallmouth bass, largemouth bass and cutthroat trout. Hooking mortalities could be as high as 68 percent in spotted seatrout, bluegills, crappies, and coho salmon. Those figures, however, vary dramatically depending on water temperature, bait type, hook type, how long it takes to land the fish, and how it’s handled after it’s caught.

Ryce doesn’t yet have data to say if the increase in anglers is hurting trout in the Madison, but she is apprehensive about the possibility.

“At first it came to us when we were hearing concerns about overcrowding and dissatisfaction, and that’s when we started to look into it,” she says. “And then as the numbers continued to increase, we are concerned about impacts to the population. It is something that we’re looking at closely.”

The biggest worry comes as climate change worsens and river temperatures warm. Cold-water species like trout struggle to survive when waters hit even the high 60s. Add someone pulling a fish out of the water, holding it up to a camera, and struggling to remove the hook? The likelihood the fish survives drops considerably.

Fisheries officials in Montana have some rules in place to combat warming water mortalities, including limiting anglers to fishing only during morning and night when flows drop to a certain amount and temperatures increase. When it’s hot and dry enough, a river could simply shut down.

As interest in fishing climbs, and this summer’s temperatures reached the 90s in early June, Ryce is paying attention.

“It’s a combination of stresses we’re concerned about,” she says. “[And] it’s not looking good.”

And Some Places, Fishing Pressure Isn’t a Problem at All

Sturgeon, for example, live for decades and don’t reproduce quickly. Remove a bunch, and the population will drop. Bluegill, on the other hand, is relatively short-lived and populations can vary wildly from year to year, dropping quickly then recovering.

“They can go down and collapse quickly, but also recover quickly,” he says.

Most fish fall somewhere in between. Increase fishing pressure for a year or even a few years, he says, and you’re not likely to see a big impact in the long term if properly regulated.

Additionally, nearly all sport fish species in each of the 50 states are recreationally managed by their government fish and wildlife agencies. Done right, those management goals are a failsafe in extreme years.

“It’s a little like a speed limit on a highway,” Midway says. “Fishery regulations are developed to keep the system operating for both the fish and harvesters, and to avoid behaviors that would compromise the system.”

And some states have been actively trying to get more people to catch and keep fish.

Louisiana liberalized their slot and length limits on species like bass and crappie because fishing pressure hasn’t made a dent in the population, says Robby Maxwell, inland fisheries technical advisor for the Louisiana Department of Wildlife and Fisheries.

The fish growing season is longer there than in northern states, even though hurricanes can take their toll during individual years.

“There are not enough people harvesting enough to make a difference in population,” Maxwell says. “We’re not worried at current rates of harvest, in inland waters.”

Exactly how many more people fished in 2020 compared to 2019, and the impact it will have on fisheries, is still a little early to know, experts say.

Anglers may sometimes see differences on the water before the completed research backs up (or doesn’t) their fears.

Some Locals Are Concerned with Fishing Pressure

If you scroll through fishing forums or Facebook groups, you’ll see plenty of folks arguing about the increase in fishing pressure and its potential impact. But locals in some locations are taking a more proactive approach. On Minnesota’s Lake Vermillion, for example, the lake association and resort owners got together to come up with “recommended conservation possession limits” that are stingier than the enforced state regulations. The state allows anglers to keep four walleyes on Vermillion, but the association and resort owners recommend keeping only two. The resorts on the lake are sharing these recommendations with all their clients, but it’s ultimately up to the anglers to make their own call.

Read Next: Jim Shockey on the Real Trouble With the COVID Border Closure: Here’s Why It’s Not So Easy to “Roll Over” Your Outfitted Canadian Hunt

These recommendations came amid a very busy summer last year, when locals feared the increase in anglers would hurt gamefish numbers. Vermillion is 61-square-mile lake in northern Minnesota. With the Canadian border closure, many anglers who had planned on fishing for pike and walleyes in Canada, opted to instead fish large destination lakes like Vermillion in northern Minnesota. According to folks conducting DNR creel surveys, aerial monitoring of the lake showed twice as much boat traffic last summer compared to a normal year. The trend seems to be continuing this year.

But Sass, the biologist in Wisconsin, says even with the state’s increase in fishing licenses, the numbers still may not be what they were historically. Maxwell says the same in Louisiana.

“The early 90s was the high point, and after that, it started going down,” says Aiken of the number of people who purchased fishing licenses. “I will wait until the survey comes out next year to see if the increase is real.”

It’s the Veteran Anglers, Not the Newbies, Who Catch the Most Fish

Most new anglers, at least in some states, are beginners with less chance at successfully catching as many fish as the more experienced fishers, says Ben Beardmore, natural resource social scientist for the Wisconsin Department of Natural Resources.

“In general, the majority of harvest comes from a small minority of anglers,” he says. “And they were the anglers who were really avid and out there all the time.”

Even if a new crop of anglers does stick with fishing after the COVID bump, it could be years before they are experienced enough to increase overall catch rates. While these new folks are certainly adding pressure to a fishery, they’re not necessarily significantly adding to the overall harvest.

Maxwell says any increased sale in fishing licenses is a net positive for the state. Federal dollars come from a calculation including how many people bought licenses. So if a state sells more licenses, it gets more money for conservation.

Meanwhile Kelm, the Masters Walleye Circuit director, worries about what improved technology could do in the long term. More efficient sonars and other gear can bump the number of fish found, caught, and landed.

Read Next: Will Coronavirus Get More People into Hunting?

For many fish managers, it’s a question of increased education about how to properly handle fish, particularly in catch and release fisheries. Keeping fish in the water as long as possible will help them survive, as will using artificial lures and barbless hooks, and not fishing during the heat of the day.

Biologists are also waiting to see if the increase holds. Anecdotally, many places are as crowded or more than in 2020, but as Aiken says, until the data comes back, “you and I are both guessing.”