How to Catch Inshore Redfish, Trout, and Flounder from a Kayak

Saltwater kayak fishing in the marshes and flats of ocean bays was popular long before bass anglers came on the scene. Here’s why and where to target three popular species 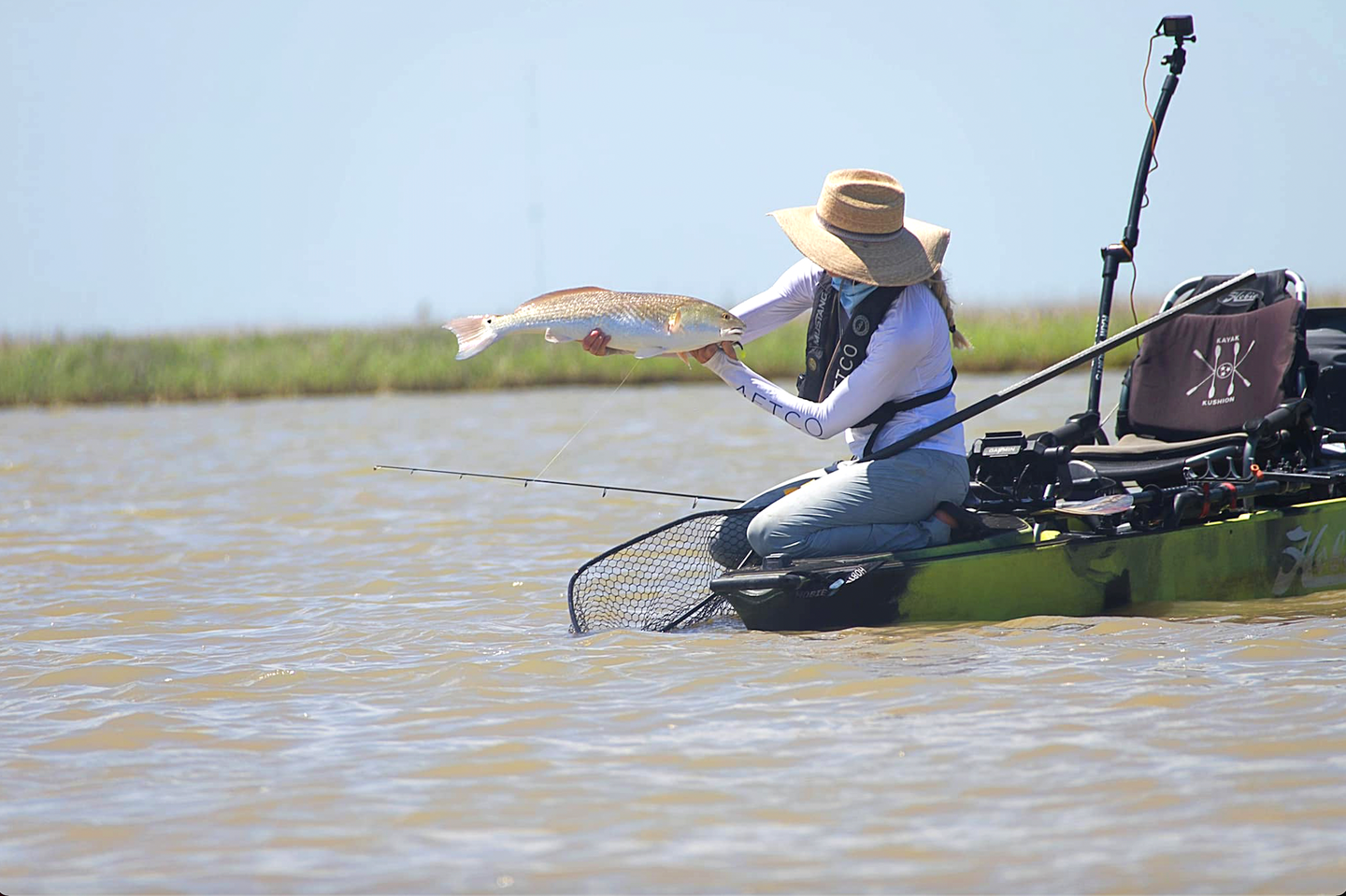 One of the many reasons anglers are drawn to kayak fishing is the opportunity to access waters unreachable by a boat under power. This is especially true for inshore saltwater fishing, and a major reason why kayak fishing took off in the marshes and flats of ocean bays before freshwater anglers began to widely use them to catch pan fish, bass, musky, and pike on lakes and rivers.

The cool thing about inshore saltwater fishing is it’s so accessible (as long as you live near the coast) and the species you can catch make some of the best table fare in fishing. Restaurant patrons will pay top dollar to order some of these fish, but you can catch and eat them for next to nothing once you have all the necessary gear, which is minimal if you already own a kayak.

There are three main inshore species—redfish, speckled trout, and flounder—you can target. I’ll also detail the best states to fish for them.

The Gear You Will Need

If you have a kayak, there’s not much more you need to catch inshore redfish, speckled trout, and flounder. Buy one or two 7-foot medium or medium light action spinning rods, a 3000 size reel, and you’re good to go. As far as baits, keep it to small paddle tail swimbaits on light ¼-ounce jig heads, flukes, and small top water baits.

Be sure to pay attention to the tides, as it affects eating habits. Fish will feed heavily when there is water movement from the changing tides bringing bait. They will relate to the current caused by the tides. There are several apps that anglers use to predict the tides including Navionics and saltwatertides.com.

The Three Species to Target

If you follow any coastal anglers on social media, I guarantee there are at least a few images in their feeds of them holding up a giant red. Redfish are only increasing in popularity, especially since saltwater striper numbers continue to decline. Red numbers continue to grow, and have been caught as far north as the upper Chesapeake. Once these fish are born, they spend most of their juvenile life in very shallow water. When they mature, reds migrate to the ocean. One of the most popular areas for a kayak angler to target these fish are tidal marshes, due to the kayak’s ability to access extremely shallow water. Redfish will patrol marshes looking for crabs, shrimp, and bait fish, and can be sight fished when conditions are right. Reds are known to be spirited fighters, and willing to eat a variety of baits, including top waters, saltwater jigs, flukes, paddle tail swimbaits, spoons, and the ever-popular pop n’ cork.

These toothy critters are another popular option, as there are usually relaxed regulations for them. That makes trout an ideal species for anyone looking to put food on the table. Trout will hang out in the same environments that the redfish do, but they tend to relate to structure such as deep holes, humps, and reefs. When fishing for trout, always be on the lookout for mud lines and color changes, as trout look to ambush their prey in these areas. Anglers can use the same redfish baits for trout, as well as small plugs.

Flounder migrate to deeper water in the fall, but return to bays when the waters warm up in the spring. They lie on the bottom and are ambush predators, and will stack up in the drains, passes, and holes on the falling tide with the current bringing them a buffet of shrimp and baitfish. Small ¼-ounce jig heads with curly tailed or paddle tailed swimbaits are both key baits. Berkley Gulp shrimp and Gulp curly tailed swimbaits are very popular.

Read Next: Why Every Angler Needs to Fish the Everglades for Snook, Redfish, and Tarpon