Extinction on Our Watch: Mountain Caribou in the Lower 48

“Extinction” can be an ugly word. Biologists are calling the last herd of mountain caribou in the Lower 48 “functionally... 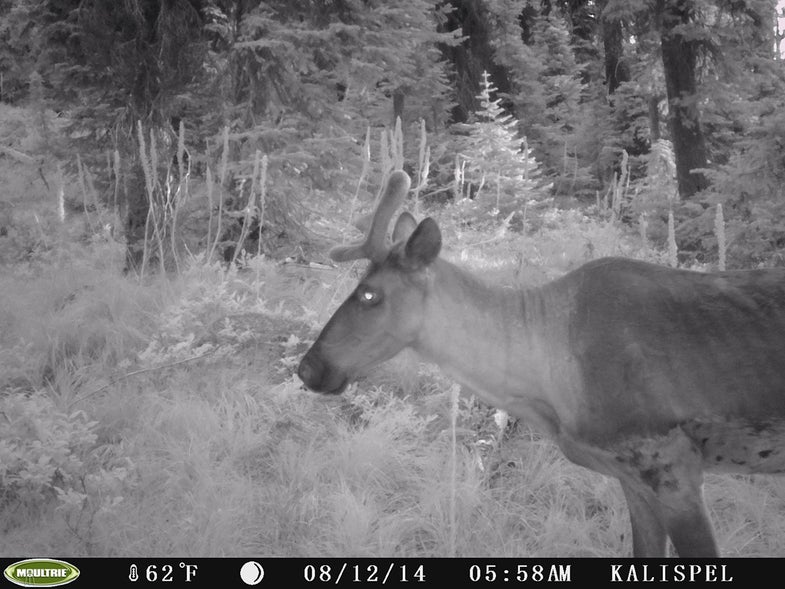 “Extinction” can be an ugly word. Biologists are calling the last herd of mountain caribou in the Lower 48 “functionally extinct.”

Winter aerial surveys in the Selkirk Mountains of Idaho have found only three animals – all females. The Selkirks are a narrow range that span the Washington, Idaho, British Columbia borders.

Theodore Roosevelt traveled to the Selkirks to hunt caribou before he became president. Then, as president, he protected their habitat by creating what would become the Idaho Panhandle National Forest. But unfortunately, that foresight was not enough.

The fate of the Selkirk herd might reflect the future of mountain caribou more broadly. Mountain caribou are in decline across their range in Canada, due mostly to destruction of the mature mountain forests they need to survive.

“We are all in mourning,” said Bart George, a biologist with the Kalispel Tribe of Idaho who has spent years working to conserve the Selkirk herd. “We are shaking our heads, trying to figure out what to do next. There is a chance we missed some animals in the surveys, but even so it’s pretty grim.”

The animals were common in the 1800s and the local Salish and Kootenai people hunted them for food for centuries.

These caribou cling to survival over the winter by eating lichen off mature trees. With their snow-shoe like hooves, they can remain in high elevations all winter long, historically avoiding competition from deer, elk, and moose and predation by cougars and wolves that roam the lower elevations.

“They live off lichen and are not well adapted to anything else,” George said. “They are a very sensitive animal.”

The Selkirk caribou have been listed as an endangered species in the United States since the 1970s. However, for a spell things were looking up in the Selkirks. As recently as 2009 the population had been growing and reached 47 animals, before going into a tailspin.

“This just reinforces a lesson we learned long ago: You cannot manage a species without looking at the larger landscape,” George said. “This is a habitat loss problem, but we end up putting little Band-aids on smaller problems like predators and highway mortality and snowmobiles.

“This is an issue of values. Caribou do not pay the bills and timber does.”

Biologically speaking, mountain caribou are mirror opposites of whitetail deer. Deer can adapt to a wide variety of habitats, from farm fields to suburbs to northern woods. Mountain caribou are specialists with discrete biological demands.

The Selkirks serve as a grim reminder: Even with laws like the Endangered Species Act and all our knowledge of biology, we will lose wildlife species if our society fails to make the hard choices and conserve habitat.