Steve Wozniak has a fever, and the only prescription is more fish. He's likely landed more species than anyone else on the planet. 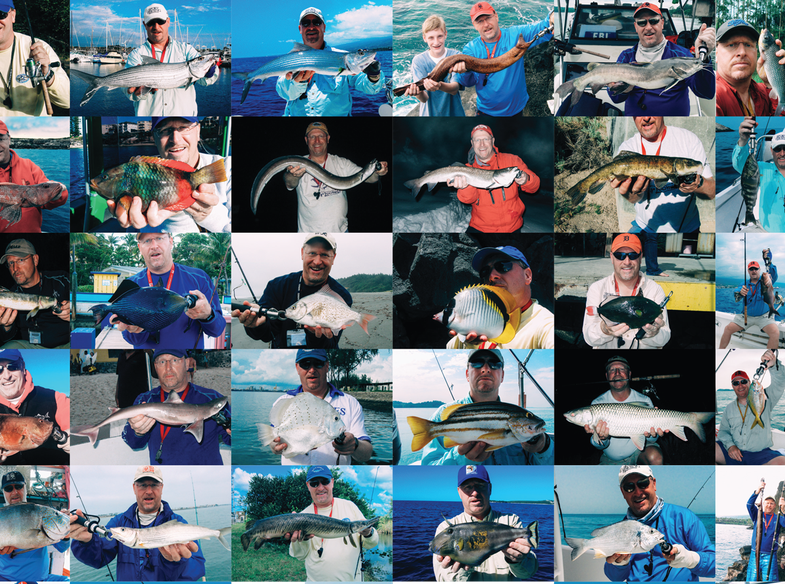 Steve Wozniak is a 52-year-old California native who is fixated on fishing. To date, his dependency has taken him to 86 different countries at a total expense equaling a small fortune. (And, no, he is not the Steve Wozniak of Apple fame and fortune.) He may have landed more species of fish than any other human on the planet—1,479, to be exact.

“It all started in 1999, when a buddy and I got into a disagreement over how many different types of fish we had caught. At that point, I was just shy of 100. But it lit a fire under me to catch more,” says Wozniak.

Because his job required global travel, Wozniak began to take take fishing gear with him and catch whatever was available in the country he happened to be in. “I remember being in a shopping mall in Thailand and seeing a fountain full of tilapia. These looked like a type I had yet to mark off my list, so I bribed a security guard in the mall to let me come in after hours to catch one.”

Wozniak once waded into a nasty little ditch in Laos, armed with a small length of fluorocarbon line and a size 28 hook, to catch a minnow with bread he lifted from his hotel minibar. Most of the fish Wozniak has checked off his list are exotic and unfamiliar. Of his 124 IGFA world records (most of the all-tackle variety), 60 are fish he introduced to the roll because nobody else had ever bothered to turn them in. But the one fish that stands out in his mind as an extreme example of “stupidity and expensive, bad behavior” is his pursuit of the Atlantic salmon.

“Yes, I could have gone to the Northeast to easily check this fish off my list. But I was frequently traveling to London for work and got it in my head that I needed to catch this particular species in traditional waters. So, Scotland it was.”

Wozniak hired a Scottish guide at $700 per day and fished the River Keith. That unsuccessful trip was followed by four more years of failed attempts on multiple rivers in the region, including the world-renowned River Spey.

“That fifth year, I’d finally had enough. So, after talking to my guide, we identified the best time of year and the best fishery, which was back on the River Keith. The river was brimming with Atlantic salmon. They were absolutely everywhere,” he says. But, they wouldn’t bite—at all. Not once. He didn’t get a single bite. He had just topped the $20,000 mark in expenses to catch this one species on his list, and he had failed.

“So we headed to northern Ireland when we found out the Atlantic salmon season was still open in that country. After annoying our innkeeper and the local fishing license salesperson, I found a guide and made a quick jaunt up to the River Blackwater.”

Less than an hour into the trip, Wozniak had a vicious strike and hooked a fish.

“I thought it was a pike, but the guide said it was a salmon. I freaked out and told him to do whatever was necessary to net that fish.” So, his guide jumped in and positioned himself behind the fish—eventually netting Wozniak’s first Atlantic salmon.

“Man, was I happy. But thinking about it, I spent $20K going after this fish in Scotland over five years. But to actually catch it, I spent 80 euros and it only took half a day. Yeah, I can be stupid.”