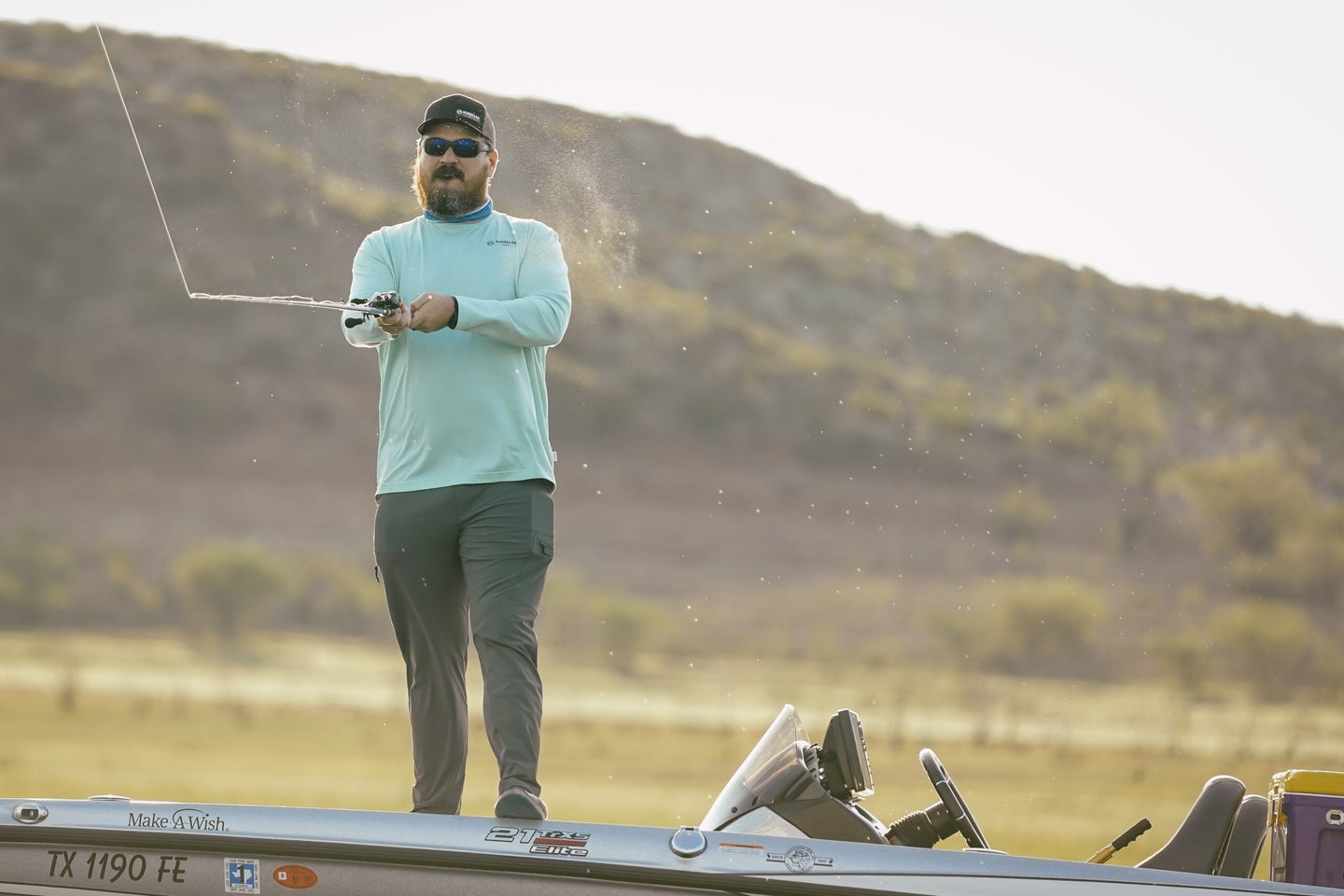 Spring and freak summer rainstorms can bring an unprecedented amount of uncertainty to your fishing routine, and flat-out bewilder anglers. I have fished bass tournaments where lake levels jumped up nine feet overnight. It completely changes how I will fish the next morning. And in order to cash a tournament check, I have to know where floodwater fish will be.

You may not be a tournament angler, but I’m sure you still want to catch bass and other bait fish when water levels rise. Here’s what I’ve learned when there are dramatic jumps in water depth on the lakes and rivers I fish.

When water levels rise on famed Kentucky Lake, panfish and bass will move up fast into the shallows and look for structure, sometimes as much as half-mile from where they were originally. You will find experienced anglers targeting these areas, flipping baits in and around newly sunken structure, like bushes and other small plants.

I’ve also seen this happen on river impoundments in Tennessee when they flood.  Earlier this year, Bassmaster Elite angler Scott Martin flipped baits around picnic tables and park benches on Pickwick Lake when water levels rose exponentially overnight. Bass will move up and look for any kind of structure they can find.

Use Google Earth, Too

One of the best tools anglers can utilize when water levels are on the rise is Google Earth.

Google Earth gives a satellite view of a body of water and its shorelines. Knowing this, you will be able to locate different types of structure and make note of areas fish might end up.

Anglers can also find new locations using Google Earth that don’t normally hold water. Boat ramps and parking lots have been proven to be good places to catch bass and other fish when they become submerged because of how quickly they will warm up. Bait fish also gravitate to gravel when the water rises.

Cornfields and other flats that are just off the main river or feeder creeks can be sleeper areas. They may be a little off the beaten path, but fish will move up to these places when the fields are a few feet under water.

Small islands, shallow road beds, and other kinds of obvious structure roaming fish might call home once the rising water displaces them are also locales you should look for floodwater fish.

When heavy amounts of rain pummel an area, expect river levels to jump, and the current to be ripping. This gives anglers somewhat of an advantage when the current is running fast because it leaves fish with less usable water. Fish don’t like to use the energy to hang out in heavy current, so anglers are able to quickly eliminate lots of water, and look for calm areas where the fish have relocated.

Often these fish will use new current seams, slack water, and eddies. Eddies can be found where an object such as a large rock or fallen tree is interrupting the main river current, creating back current. Fish use these areas to get out of the main current to feed.

They will also collect in the mouths of feeder creeks, on both the upriver bank and the downriver bank, allowing the main river to bring bait their way.

Read Next: 15 Bait Rigs That Will Catch Any Fish Anywhere

Use Baits That Fish Can Find

Generally speaking, flooded water means muddy water, in rivers and the upper parts of the lakes. When water clarity decreases, anglers are going to want to use baits that fish can home in on. Large spinner baits, bladed jigs, rattle traps, and other moving baits that can displace a lot of water and create vibrations. Anglers are going to want to abandon the green pumpkins and watermelons for brightly-colored or black and blue jigs and plastics when fish aren’t on a moving bite.

Covering a lot of water and thinking outside the box is key when it comes to catching fish under these conditions. Just remember to be extra safe when running your boat. Flooded water brings large floating debris with it and submerged stumps and rock piles will be much more difficult to see.