How to Catch Big Musky From a Kayak 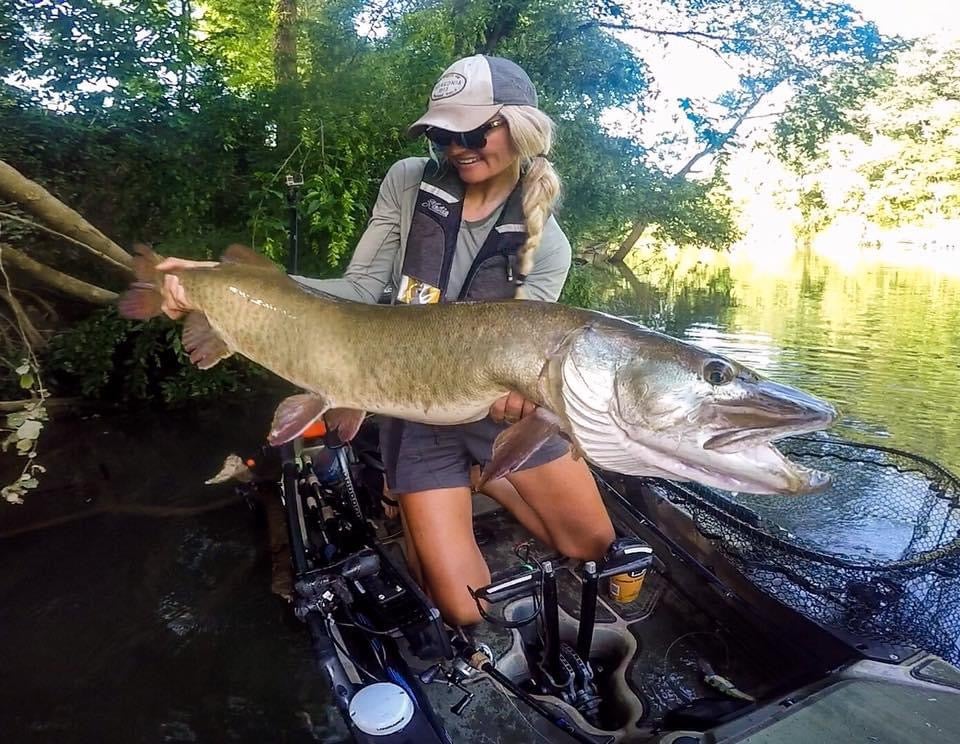 The author with a nice musky she caught from her kayak. Kristine Fischer
SHARE

Catching musky is hard. They’re evasive fish that can be difficult to find, so trying to hook into one from kayak—which has limited range—probably seems impossible to most anglers. But I prefer to fish this way, rather than from a bass boat, even though an outboard would give me the ability to hit more spots on a given day than paddling a kayak.

The approach is a little different in kayak since it’s impossible to cover as much water. You really must scout the waters you’re going to be focusing on hard, and determine what lakes and rivers are going to give you the best chances of locating musky while kayak fishing. Here are the tactics I use on both bodies of water when I’m fishing for musky.

You Need to Fish on Big Lakes

There are many lakes in the northern U.S. that hold big musky. You might think smaller 80- to 100-acre lakes are more suitable for kayaks. Fishing smaller lakes will allow you to break them down quickly, but they don’t always produce the number and size of fish larger bodies of water can. If you fish them correctly, there’s a better opportunity to land a giant musky on bigger water. Here are few things to consider:

Read Next: If You Know When to Use Big Baits for Muskie, You Can Land a Giant

River musky fishing is ideal for kayak anglers because they often have more access points and include stretches of very skinny water that most boats can’t portage. And it’s not uncommon for 50-inch musky to prowl these unassuming rivers.

When planning a river trip, a kayak angler can go about it one of two ways. You can try a single access trip, which means you put in at a ramp and fish up and down from that area, taking out at the same ramp where you put in. Single access can be good if you’re close to productive waters. Often ramps will be established in the deeper sections of the river to allow boat access. Sometimes these pools can hold hundreds of musky, and an angler can spend all day picking apart one or two pools.

Read Next: Want to Catch a Muskie on a Fly Rod? Never Give Up

Or you can float the river, putting in at one point, riding the current, and taking out at another point. Floating allows you to cover large sections of the river, which gives you a chance to put your bait in front of more fish. On float trips, it’s important to know the water. Use Google Earth and ask local anglers to advise you on the stretch you’re targeting. If you don’t know much about the river, it’s smart to float it first with no gear. There could be rapids, or hidden structure that could cause you to flip, and if you do, you won’t be out any rods or tackle.

I recommend you do float trips with a buddy. It’s safer and you can use two vehicles, which is more convenient for running shuttle. Drop one off at the take out before you get on the water, and a truck will be waiting for you both when you’re done fishing for the day. Float alone, and you will need someone to come pick you up after you’re done fishing to take you back to your truck.