11-Year-Old Hauls in Two .50 BMG Rifles While Magnet Fishing with His Grandpa Near Miami 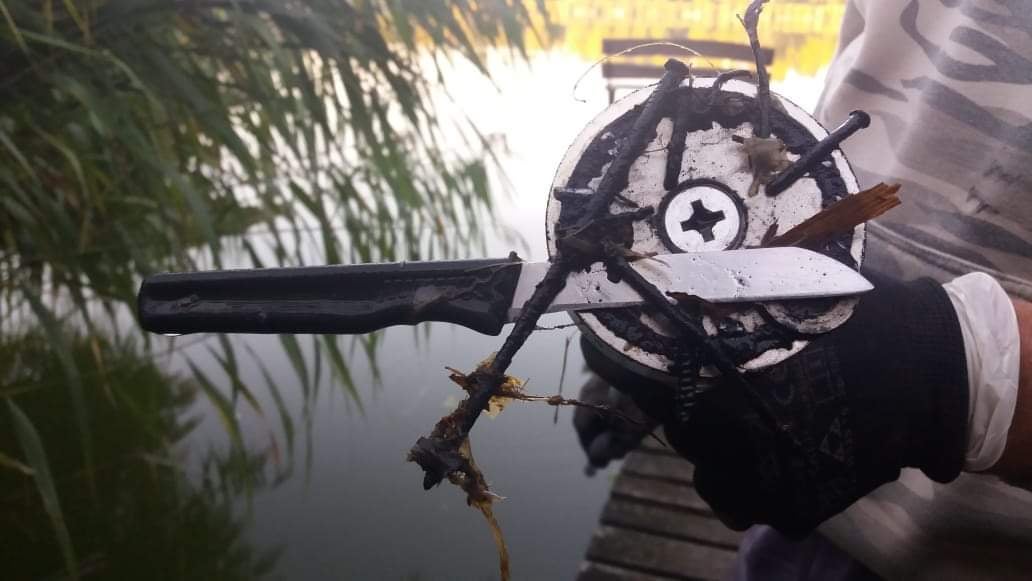 An 11-year-old Florida boy and his grandfather caught more than they bargained for while magnet fishing for the first time in a canal near Miami last weekend. Using a large magnet tied to the end of a rope, the two ended up pulling two .50-cal Barrett rifles out of the water.

The Miami Herald reports that Duane Smith decided to take his grandson magnet fishing last Sunday after seeing a video of it being done on YouTube. He figured it would be a fun enough way to while away the afternoon, so the two of them dropped a 5-pound magnet into Princeton Canal Number C-102 south of Miami.

“We ended up with two pounds of scrap metal and 40 pounds of gun,” Smith told the newspaper.

The 61-year-old said they thought it was beginner’s luck when they found a rifle only five minutes into their outing. But when they dropped their magnet a second time, they pulled up another .50-caliber Barrett rifle from the same spot. Both rifles were wrapped in plastic and neither one was loaded. The two did not find any ammunition nearby.

Things got even more interesting when Smith, who is a retired Army infantry officer, checked the lower receivers on the rifles and saw that the serial numbers had been filed off. He then called the Miami-Dade Police Department, and two officers arrived to pick up the guns.

Detective Christopher Thomas told the Herald that the department will try to determine if the rifles were used in a crime.

“Judging by the photo, those have been there for a while,” Thomas says. “That said, it will take some time for the weapons to end up at our forensics lab. Once there, they will be processed.”

Only time will tell if the discovery cracks open a cold case in southern Florida, but if so, it wouldn’t be the first time that a magnet fisherman helped solve a crime. In 2020, a six-year-old boy who was magnet fishing in South Carolina’s Whitney Lake discovered in a waterlogged safe. The safe contained some jewelry, credit cards, and a checkbook, and investigators used these contents to determine that the safe was stolen eight years prior from a woman who lived across the lake.