This powder scale and dispenser is fast, accurate, and relatively affordable 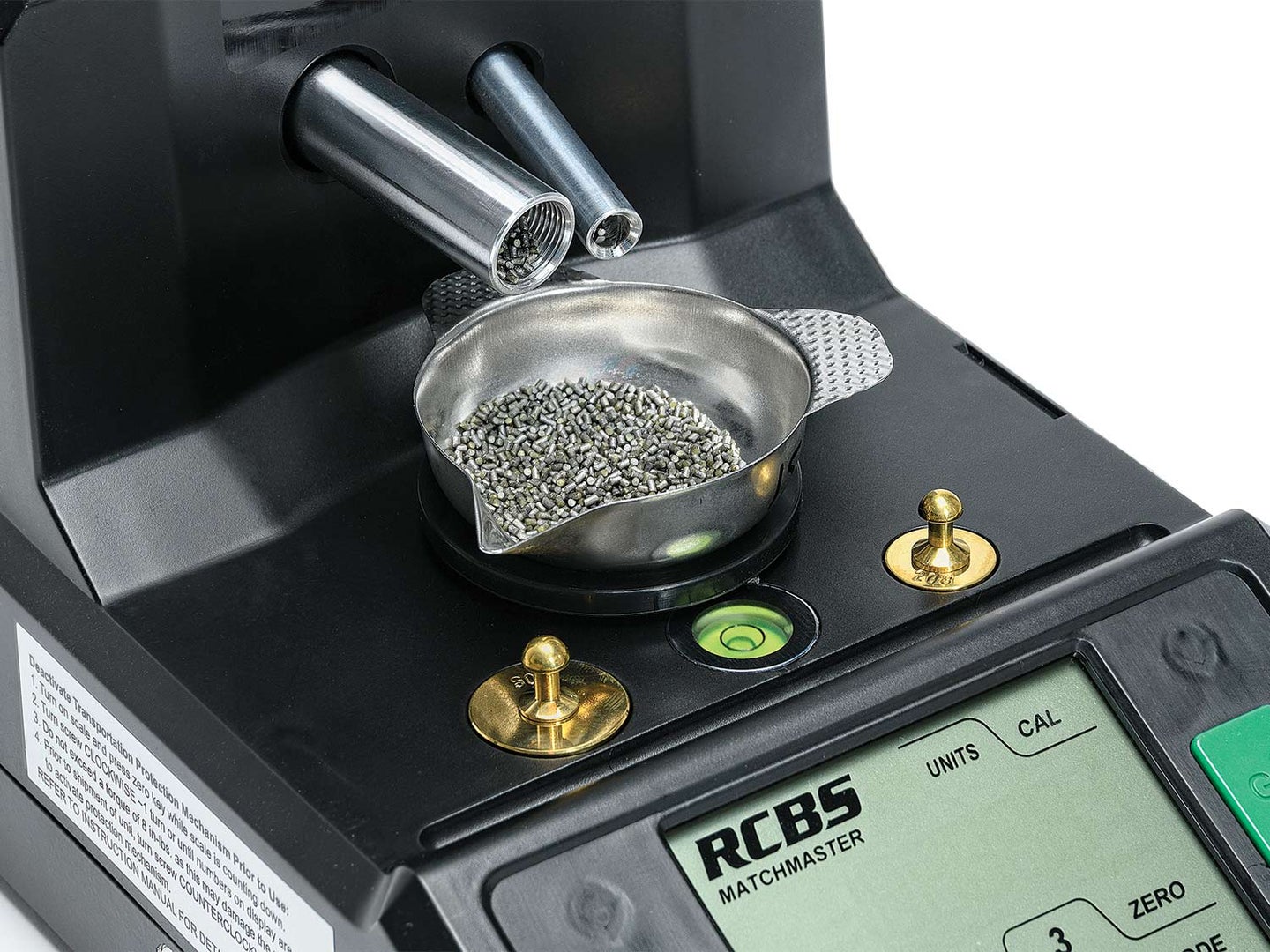 Everyone wants to be a precision rifle shooter until it’s time to do precision rifle stuff, like throwing ridiculously accurate powder charges. Dispensing powder for precision shooting can be a drag because you need the charges to be accurate, preferably to within a kernel or two of powder, but you also want them fast because it’s a high-volume proposition. Those things don’t normally go hand in hand. Between old-school volumetric powder throwers and expensive electronic setups, dispensing powder quickly and accurately can seem like it’s part voodoo ritual and part Jet Propulsion Laboratory project. RCBS developed the Matchmaster digital powder scale and dispenser to provide the necessary level of accuracy and speed for precision rifle shooters in a relatively affordable, user-friendly package.

Normally, to get the needed precision and volume output, a reloader has to obtain and integrate various components such as precision scales, mechanical powder throwers, and computer-controlled tricklers. This is time consuming and requires a lot of tinkering. It also turns out to be fairly expensive, and what you end up with looks like an escapee from a robotics fair. The Matchmaster, on the other hand, is a combination scale/dispenser with a footprint no larger than a couple of normal-sized reloading die boxes and is just 10.5 inches tall.

The heart of the unit is the load cell, which is accurate to .02 grain of powder, which is basically a kernel of most stick propellants. The system is capable of dispensing charges in “match” mode accurate to +/- .04 grain rather than the typical +/- .1 grain of most commercial dispensers. That difference helps shooters get closer to the holy grail of single-digit SD and sub-20 ES velocity measurements.

Getting these precise charges quickly is really the main issue because most of us would rather spend time shooting than watching powder dispense. To this end, the Matchmaster has a patent-pending dual tube system. The large tube quickly dispenses the majority of the charge before stopping at a predetermined point. The small tube, which runs the whole time, fine-tunes the charge, finally trickling the last few kernels into the pan to land at the correct weight.

One of the best features on the Matchmaster is the app that lets you control it through your phone. It is particularly helpful for setting up custom powder profiles that let you throw your charges faster ­without sacrificing precision.

During my testing, I found it best to start with the default settings for a given powder and modify them from there. With Reloder 15, for example, I was able to adjust the presets to dispense a charge of 42.2 grains in less than 30 seconds. Most of the charges were between 42.22 and 42.18 grains, which is plus or minus a single kernel of powder. Winchester’s new spherical StaBall 6.5 powder metered even faster. After some experimentation, I locked in a setting that dispensed a charge of 42 grains in under 25 seconds.

With an MSRP of $909, the unit is not cheap. Is it worth it? Let me put it this way: Previously, it took me a minute or longer to get powder charges this accurate. If you’re reloading 1,000 rounds, that 35-­second differential translates to nearly 10 fewer hours staring at the powder dispenser. So for me, the answer is yes.