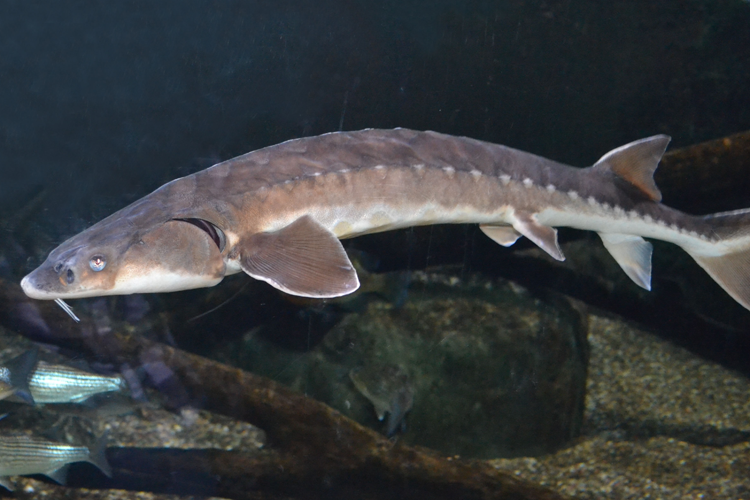 Cornell University researchers have recaptured a shortnose sturgeon that was first netted in 1995. NOAA photo
SHARE

According to the Cornell Chronicle, researchers working on a fish population survey captured a shortnose sturgeon in the Hudson River that had been tagged during a similar research study 26 years ago.

The fish was tagged in 1995 in the same “wintering” area near Staatsburg, N.Y., where it had been caught and released by Cornell’s Department of Natural Resources (DNR) in the College of Agriculture and Life Sciences (CALS).

In 1995, the fish was estimated at 15 years old and measured 25.5 inches in length. This November the same fish was measured at 33.5 inches, showing the slow growth of endangered shortnose sturgeon.

“That’s a long time to be at large and still alive,” says Amanda Higgs, a research support specialist in the DNR. “This overwintering area [of the Hudson] was important back then, and it’s still important [to sturgeon].”

Atlantic sturgeon also are found in the Hudson, but are much larger than shortnose sturgeon, according to Cornell researchers. Shortnose sturgeon are known to live to 67 years, growing to 4 feet long and weighing 18 pounds. They were also the first species listed as endangered when the 1973 Endangered Species Act was passed. A Hudson River population estimate in the 1990s showed a 400 percent increase in shortnose sturgeon numbers compared to a count made in the 1970s.

Some captured sturgeon are fitted with modern acoustic transmitters that aid in tracking fish and recapturing them for counting and research work. Transmitters are long-lived and should continue providing signals for scientists into the 2030s.

The Cornell research team expects to complete the current sturgeon survey in July 2023.

Funding for the project comes from the Hudson River Foundation and the Hudson River Estuary Program. Researchers received a permit from the National Marine Fisheries Service to catch, scan for previous tags, measure, and release fish for population estimates.