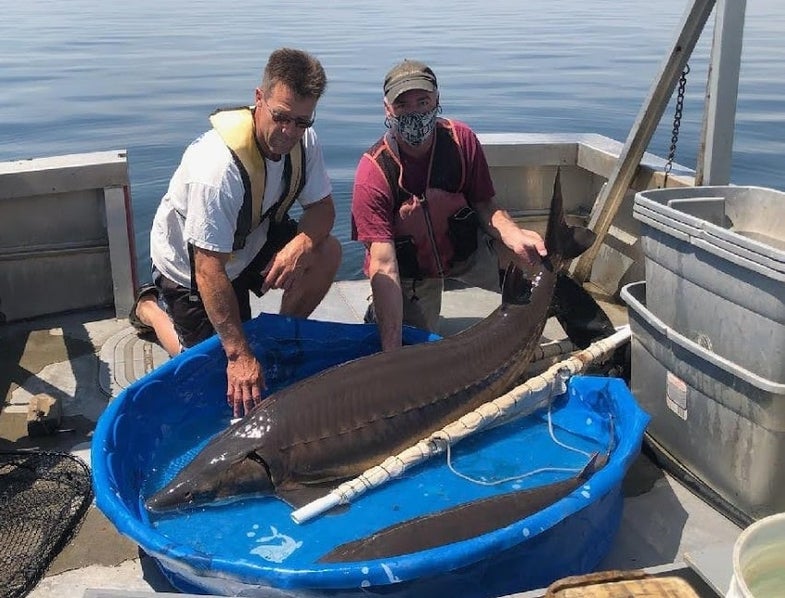 The biggest fish ever recorded in Oneida Lake in upstate New York.
SHARE

The 73.6-inch sturgeon was one of 20 fish captured. At 159.4 pounds it is the heaviest ever from Oneida. It’s believed the fish is 26 years old, and one of the original sturgeon stocked in 1995 in an effort to recover the species.

The previous record fish from Oneida was another lake sturgeon caught and released in June 2019 that weighed 139 pounds, measuring 72.6 inches long. The most recent three-day netting survey had biologists working a dozen sites across the lake, recording fish sizes and weights.

The team of researchers was excited that 17 sturgeon were recorded in one day’s work, including 11 fish pulled in from one net set. Biologists say several sturgeon included ripe males, and one ripe female with eggs that weighed 66.4 pounds and measured 60.8 inches in length.

Scientists are encouraged that efforts to recover the ancient lake sturgeon species are succeeding. Lake sturgeon have been listed as a threatened species in New York since 1983.