MSR PocketRocket 2: The First and Last Stove You Need to Buy

Reliability, functionality, and performance in one small package 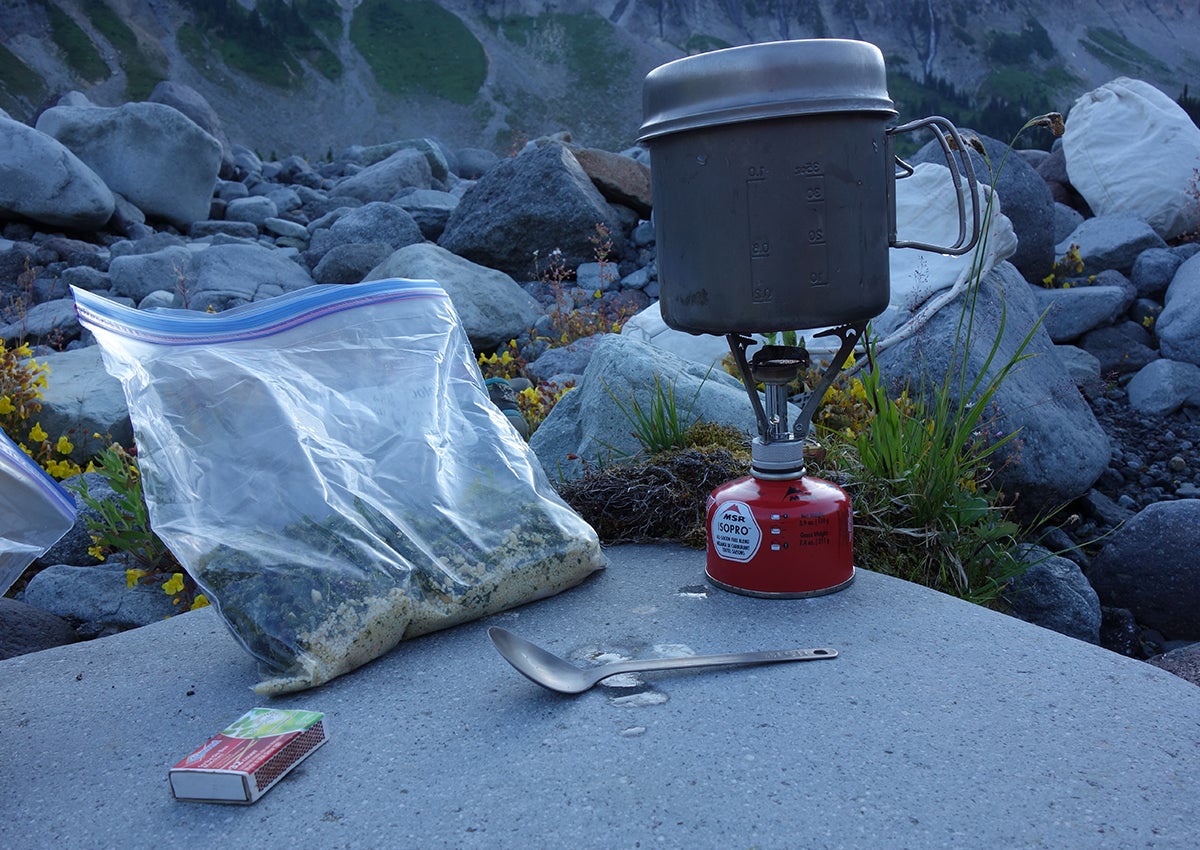 The MSR PocketRocket is one of the top-selling stoves for backpackers due to its low weight and reliability. I’ve been using the same PocketRocket for almost a decade, and have been so impressed with its performance that it’s still the first thing I grab out of my cooking box when packing for a trip. The latest iteration of this classic piece of gear, PocketRocket 2, was released in 2019, with a half ounce shaved off the weight of the original.

The MSR PocketRocket 2 is one of the simplest stoves on the market, making it a great choice for first-time backpackers looking to whip up a pot of coffee or some of the best backpacking food. Unfold the arms, screw the bottom of the stove into your isobutane canister, turn the flame adjuster counterclockwise until you hear a light hiss, and go ahead and light your stove. Add your cooking pot and turn up the flames to the highest setting to boil your water (you can leave it on a simmer if you are attempting something more gourmet).

Turning the flame adjuster clockwise turns off the stove when you are done cooking. In my experience, the metal cools down fast—give it 30 seconds and it’s ready to pack up.

Testing the MSR PocketRocket in the Field

I’ve used the original version of the PocketRocket for over a decade, and it’s still my go-to. It’s lasted this long, not because I’ve taken exceptional care of it, but because of the durability of its design. In fact, I could probably stand to take a lot better care of my stove. The red casing it came in was discarded before the first time I used it and was never replaced.

While hiking in the backcountry, I just stick the stove directly into my pot, along with fuel and lighter. Maybe I carefully arrange the pieces so that they don’t clang around in the pot; maybe I roll the dice. I don’t even bother storing it properly at home—just chuck it into my cooking box so that I can actually find it again when I need it (it’s small size means that it has a tendency to go missing otherwise). The stove has never looked worse for wear after this abuse (although it’s certainly a little dirty after all this time).

What the MSR PocketRocket 2 Does Worst

First off: In my humble opinion, do not bother with the deluxe version of the MSR Pocket Rocket 2. There are three main differences between the regular and deluxe versions of the stove. The first, and worst, difference between the two is the built-in Piezo lighter. These are notorious for failing—sometimes after only a couple of uses—and that was my experience when first using this version of the MSR PocketRocket in the backcountry. Of course, you should be carrying firemaking tools with you regardless, but if that’s the case, what is the point of the built-in lighter? The “convenience” isn’t worth the added weight and cost.

The pressure regulator is a more useful addition to the deluxe version. The idea here is that by regulating the pressure, you can maximize the stove’s performance across a range of conditions, as well as when your fuel can is starting to hit rock bottom. Personally, I’ve always appreciated my stove starting to crap out on me when I’ve got only enough juice to boil maybe a cup of water left, as that lets me know that the end is nigh. That being said, if you do a fair amount of shoulder season travel, the regulator can help boost performance of your fuel canisters enough to offset the extra weight.

The third difference is the size of the burner itself. Since the size of the burner in the regular model is plenty large enough to hold a two-person pot, the real advantage of the larger burner size is for backcountry gourmets that want more even heating. But unless you’re already working with proper cookware (leave the titanium at home), a slightly larger burner isn’t going to dramatically improve your cooking ability.

Compared to the original MSR PocketRocket, it takes a bit more origami know-how to fold down the legs. And while I’ve never had a problem in the field, I was more confident in the overall stability of the burner area when the legs folded up when not in use, as opposed to down—no one wants to worry that their stove is going to collapse on them while cooking. But so far, the structural integrity has proven robust. Even better, the more compact travel size means that I can fit both the fuel and the stove into my one-person pot—something that wasn’t possible with the original stove.

What the MSR PocketRocket 2 Does Best

Most backpackers are looking for the full trifecta: low weight, great performance, and long-term durability. At 2.6 ounces, the MSR PocketRocket 2 is one of the lightest canister stoves out there—almost a half ounce lighter than its closest competitor, the Soto Amicus. That’s the same weight as the Deluxe version of that backpacking stove, which is loaded down with features.

Next up is performance. The MSR PocketRocket 2 hits the sweet spot of weight and efficiency—it’s both faster at boiling water than alcohol stoves, while only weighing an ounce or so more, and significantly lighter than stove systems like JetBoil or the MSR Windburner, while only taking a minute or so longer to reach a full boil.

The final requirement is long-term durability. While only time will tell whether the MSR PocketRocket 2, which has only been on the market since 2019, will live up to the decade-long lifespans of its predecessors, the early reviews are promising.

Simplicity and efficiency make this one of the best investments that backpackers and backpack hunters can make in their kit. While I’ve used other stoves over the years, I keep coming back to the PocketRocket, as it’s a piece of gear that I know will perform when I need it and that I won’t have to worry about when I don’t.