Plus: ATF Seizes Firearms From 4,170 Buyers Who Failed Background Checks 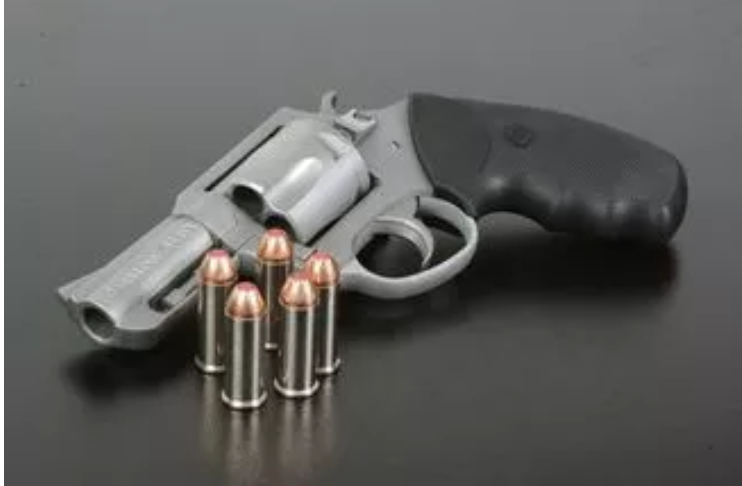 Bills seeking to ensure law-abiding concealed carry owners could travel across state lines with their legally purchased handguns without fear of facing episodically enforced criminal prosecution have been introduced into every Congress since 2007. None have ever made it onto the House or Senate floors for a vote.

The bill, sponsored in January by Rep. Richard Hudson (R-NC) had 213 co-sponsors, endorsements from 24 state attorneys general and support from the National Rifle Association, which identified national reciprocity as its top legislative priority for 2017.

The bill seeks to administer concealed carry permits like driver’s licenses, making a permit from one state valid in the other 49. It contains provisions adopted from a proposed Senate bill — SB 2135, The Fix NCIS Act — to strengthen the FBI database of prohibited gun buyers by mandating federal agencies certify twice a year that they have submitted required records to the federal database.

National concealed carry reciprocity “would end abuses in anti-gun states like California, New York and New Jersey and allow law-abiding concealed carriers to exercise their rights nationwide with peace of mind,” the NRA stated on its website.

But the battle is only half won. SB 446, the Senate’s version of The Constitutional Concealed Carry Reciprocity Act of 2017, was submitted by Sen. John Cornyn (R-Texas) in February and has 39 co-sponsors, but remains in the Senate Judiciary Committee.

Cornyn’s bill faces uncertain odds considering the measure would need 60 votes to pass and there are only 52 Republican Senators. In addition, the gun control lobby’s screeching tirade against it has been boosted by ex-New York Mayor Michael Bloomberg’s commitment to finance a $25 million hysteria campaign and Gabby Giffords, formerly of Americans for Responsible Solutions and now with Giffords — as in, Giffords — said her group (Giffords) with spend “six figures” buying ads against eight Republicans in the House who voted for the measure.

So, get ready for misinformation, hysteria and nonsense orchestrated by ideologues to manipulate the TV-education, such as the blatantly incorrect assertion by Rep. Brendan Boyle (D-Penn.) who tweeted that, “There are 12 states that don’t require permits for carrying guns. Under HR 38, someone from one of those states could travel to your community and walk right into a school zone with a loaded weapon, no matter what local laws say.”

This is flat-out false.

The Concealed Carry Reciprocity Act of 2017 clearly states that it does not supersede state law. Under the bill, permit-holders are still subject to any state or local laws that restrict carrying a gun in a school or a designated zone around it.

The bill reads: “This section shall not be construed to supersede or limit the laws of any state that permit private persons or entities to prohibit or restrict the possession of concealed firearms on their property, or prohibit or restrict the possession of firearms on any state or local government property, installation, building, base, or park.”

— The House concealed-carry bill is arrogant and foolish

— No, the GOP concealed carry bill does not block states from keeping guns out of schools

— Compromise Is Possible In The Gun Control Debate

— U.S. Senate must defeat bid to disregard gun laws of each state

The FBI issued more than 4,000 requests in 2016 for Bureau of Alcohol Tobacco Firearms and Explosives (ATF) agents to retrieve guns from buyers that the National Instant Criminal Background Check System (NICS) should have blocked from purchasing firearms.

According to a Dec. 4 USA Today article by Kevin Johnson, the NICS background checks should have prevented 4,170 buyers from legally acquiring weapons because they had criminal records, mental health issues or other disqualifications.

The FBI said it is the largest number of retrieval requests in more than a decade — “an especially striking statistic after revelations that a breakdown in the background check system allowed a troubled Air Force veteran to buy a rifle later used to kill 26 worshipers at a Texas church last month,” Johnson writes.

In 2016, the FBI transferred technicians from other agency programs to bolster the manpower necessary to adequately manage the NICS. The agency reports it processed an annual record of 27.5 million background checks in 2016.

“But the thousands of gun seizure requests highlight persistent problems in a system where analysts must complete background checks within three days of the proposed purchase,” Johnson writes. “If the background check is not complete within the 72-hour time limit, federal law allows the sale to go forward. ATF agents are asked to take back the guns if the FBI later finds these sales should have been denied.”

Retrieving the firearms from the disqualified purchasers could foster potentially dangerous confrontations for ATF agents.

“These are people who shouldn’t have weapons in the first place, and it just takes one to do something that could have tragic consequences,” said David Chipman, a former ATF official who helped oversee the firearm retrieval program, told Johnson. “You don’t want ATF to stand for ‘after the fact.'”

The ATF would not provide USA TODAY any specific information on any of the individual 4,170 gun purchases the FBI referred for seizure in 2016 other than to say it was significant spike from the 2,892 retrieval requests from 2015.

— Police guns are turning up in crimes, but ATF can’t talk about it

Bills proposing ‘bump stock’ bans have been prefiled in at least five states in anticipation of 2017 state legislatures but perhaps the most interesting firearms-related bill prefiled in early December is Missouri Rep. Nicholas Schroer’s (R-O’Fallon) proposal to make using Blockchain or distributed ledger technology (DLT), as well as any other types of decentralized databases to store firearm owner data, illegal.

Althauser notes the bill includes some exceptions, such as merchants who use DLT or similar technology in reporting sales to the state government, and firearm owners who have issued a written authorization for Blockchain-based monitoring of their guns.

“In general,” he writes, “U.S. politicians are still debating as to how to best regulate Blockchain and cryptocurrencies in the country while Senate has recently moved to consider non-disclosure of cryptocurrency holdings illegal.”

— With new clout, Virginia Democrats to push for gun control

— Immigration and gun control discussed by Catholic bishops in Baltimore

The Delaware Supreme Court in a 3-2 Dec. 7 ruling declared the half-century weapons ban in Delaware’s state parks and forests is unconstitutional.

“They did the right thing,” Jeff Hague, one of several plaintiffs in the 2015 lawsuit told Maddy Lauria of The News Journal. “This reaffirms the constitutional right that Delawareans have to self-defense and the right to keep and bear arms, not just in hunting and fishing and sporting, but in defense of their family and home.”

The Delaware Department of Natural Resources and Environmental Control and Department of Agriculture regulations has prohibited even those with a concealed carry permit from being armed on thousands of acres of state-owned parks since the 1960s, except during hunting seasons in those parks open to hunting. A similar policy was adopted in state forests in the 1970s.

Hague, the treasurer of the Bridgeville Rifle and Pistol Club — which initiated the lawsuit — and president of the Delaware State Sportsmen’s Association, told The News Journal’s Lauria that the ban made it difficult for club members to camp at Trap Pond State Park or rent Delaware Seashore State Park cottages while visiting the area for the rifle club’s competitions.

“A law-abiding citizen from out of state couldn’t bring his gun or couldn’t camp, so he had to sacrifice one or the other,” Hague told Lauria.

In their ruling, the justices wrote that state agencies do not have the authority to pass regulations that contradict residents’ rights under the state Constitution and that “the regulations completely eviscerate a core right to keep and bear arms for defense of self and family outside the home – a right this court has already recognized.”