The Good (and Really Bad) of Appendix Carry for Handguns

The trendiest way to carry a defensive handgun has its virtues, but also some serious drawbacks. 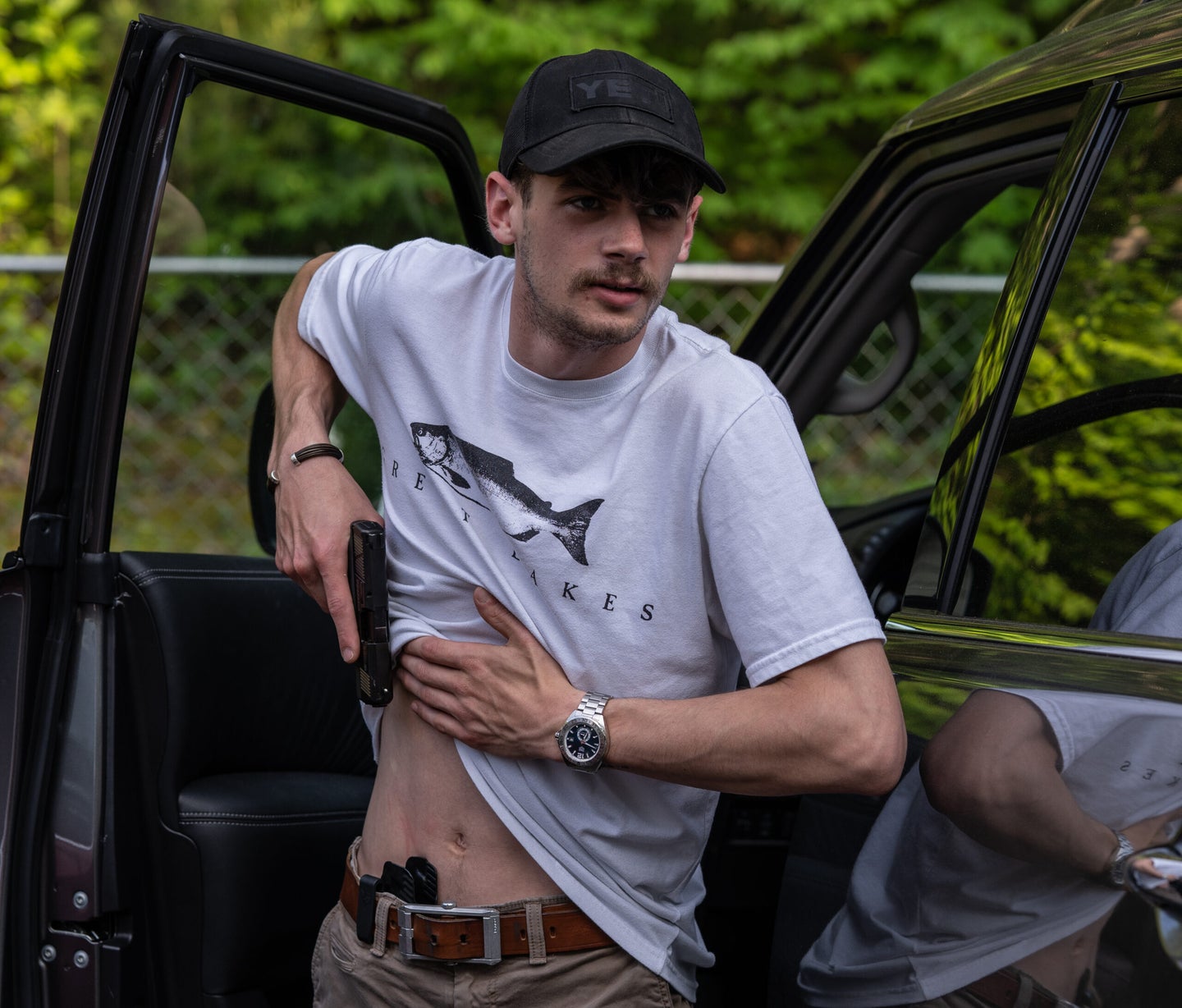 Appendix carry favors shooters who have a lean build and no overhanging gut. Richard Mann
SHARE

There are several ways to carry a handgun concealed and, without question, the most popular method is with a holster attached to a belt. Three styles are most common: strong-side carry, cross-draw or weak-side carry, and appendix carry. There are pros and cons to each but as of late the technique getting the most attention is handgun appendix carry. Is it everything its fan club makes it out to be? Here are some things to consider.

I asked a dedicated concealed carrier and firearms trainer why he carried in the appendix position. His first point: Concealment. “When I hip carried, going to the grocery store was always a challenge when I needed something from the bottom shelf. I’ve seen a lot of folks printing in this fashion,” he said.

He also offered that he had taken several classes where you started a scenario on your back and were getting pummeled while trying to access your gun. In this situation he had found that with appendix carry it was easier to get the gun out. Similarly, he believes that if someone decided they wanted to take his gun from him while it was holstered, appendix carry makes that more difficult. “My strength is concentrated in the front of my body, close to my centerline,” he said.

These are good points to consider. In addition, I believe that with practice the draw stroke – handgun presentation – from the appendix carry position is slightly faster. There is nothing wrong with being able to get your gun out of its holster and on target quickly, and it seems that many who live by the stopwatch and performance increments of a tenth of a second or less, are lured by the speed of draw appendix carry facilitates. However, you’re not always standing straight up when you need to draw a gun and not everyone has the build to effectively utilize appendix carry.

The arguments against appendix carry are centered around three things. The first is called a “gut.” If you’re a little bit round in the middle, enough so that your gut hangs over your handgun when it is in the appendix carry position, then appendix carry is probably not for you. (This is called the done-lop disease, where your belly done-lops over your belt.) With a handgun carried in the appendix position this can be uncomfortable and make the handgun harder to access, especially when seated. If, however, you’re lean and trim, it’s not an issue. But something else is.

Many if not most incidents where someone shoots themselves with a defensive handgun occur during holstering. This happens because they leave their finger on the trigger and as the gun is being inserted into the holster, the holster presses against the finger causing the gun to go bang. When this happens with strong side carry the bullet generally goes through the butt cheek or the outer meaty portion of the leg. If this happens when you’re carrying appendix style, the bullet will very likely pierce your genitals and possibly cut the femoral artery. Granted, this is a training issue, but this type of negligent discharge most often happens during training.

As already noted, when you’re on your back getting pounded it can be difficult to draw from the hip position. By the same token, the natural human response when startled and threatened is to crouch. Also, if you’re on your feet and being pummeled, the tendency is to bend forward at the waist to protect your face.

Regardless of body size and type, when you are crouched or bent at the waist drawing a handgun from the appendix location is nearly impossible—another downside of appendix carry.

Read Next: The Best New Handguns for 2021

Ultimately you must decide how to carry your defensive handgun. This decision should be based on your body (comfort), perceived need (threat), and the experience (training) you have. No one is in a position to make that decision for you. But when considering potential concerns with comfort, access, and safety, appendix carry—generally speaking—is a less-than-optimal option.