Plus: Middle-Schooler Suspended for ‘Liking’ Instagram Photo of a Pellet Gun 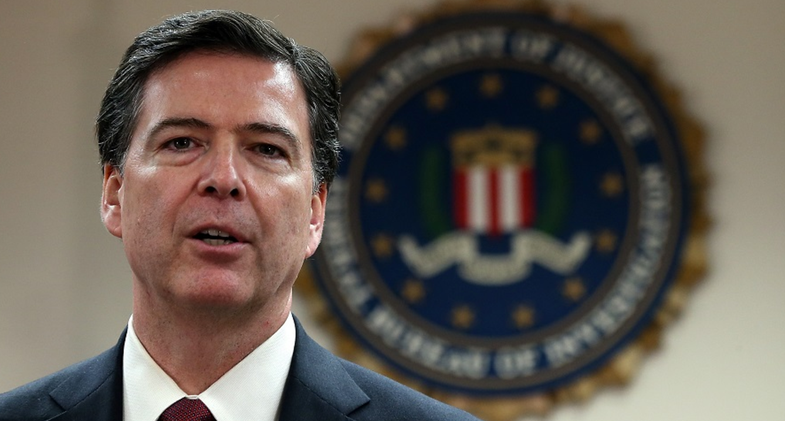 Next FBI Director: The Core Four

In the whirligig of weirdness that is Trumperica, there’s apparently a vacancy at the FBI. James B. Comey’s sudden ouster as the agency’s director gives President Donald Trump the opportunity to select a replacement for a 10-year term.

While the FBI director does not impose law or craft policy, as the chief executive of the federal government’s primary law enforcement agency, whoever holds the position is, in contemporary vernacular, an “influencer.” Therefore, without further ado — and until the next adieu — here, now, the speculative candidates:

Except, however, for the fact that Trump told the nation’s 90 million gun owners during the NRA convention in early May that “I got your back” and, many fear, installing Kelly as FBI director would mean, “I got a gun in your back.”

Kelly was an outspoken gun control proponent during his 2002-14 tenure at the NYPD. And it wasn’t merely to appease his then-boss, anti-gun zealot ex-Mayor Michael Bloomberg, but, apparently, of his own volition, as articulated in his 2015 book, Vigilance, in which he calls for reviving the 1990s ban on assault weapons.

In 2013, as noted by Will Bredderman of Observer.com, Kelly penned a New York Post editorial in which he called for mandatory background checks for all gun purchases.

Well, the circus is in certainly in session in Washington, D.C., and Christie, a former Republican-appointed United States attorney, has the Big Top temperament to keep the organ-grinder churning.

As far as gun rights go, Christie has fought the good fight in a gun-control state, vetoing a .50-caliber rifle ban, restrictions on magazine size, a statewide I.D. system for gun owners and, in his own words, “pardoned six out-of-state folks who came through our state and were arrested for owning a gun legally in another state.”

An arch conservative and a featured speaker at the GOP National Convention, Clarke has a no-nonsense attitude when it comes to dealing with “evil-doers,” of which there are plenty to occupy an FBI director’s time and energy without aggravating law-abiding gun owners.

Gowdy is also a former federal prosecutor and has been a Trump henchman from the beginning of his campaign. He has an ‘A’ rating from the NRA so, as with Christie, Clarke and perhaps, maybe, even Kelly, is more likely to crack down on bad guys than to authorize crack-downs on good guys.

— The replacements: Who will be the next FBI director?

Middle-Schooler Suspended For ‘Liking’ Photo Of A Pellet Gun

An Ohio middle-schooler received a 10-day suspension as punishment for “liking” an Instagram photo of an airsoft gun because, according to school officials, liking a pellet gun on social media is a strong indication of “potential school violence.”

Political correctness is delusionally daffy in all its manifestations, but it is never more numb-skulled than when it is substituted for cognition in pre-emptive anticipation of a situation that may require what was once common practice (and taught) in schools: Thinking.

Not only was 13-year-old Zachary Bowlin suspended from school for “liking” a pellet gun on Instagram, his fellow students at Edgewood Middle School were subjected to a pat-down the following day. Just in case.

In explaining his “threatening” social media indication of “potential school violence,” Bowlin told FOX19: “I liked it, scrolling down Instagram at night about 7, 8 o’clock – I liked it. The next morning, they called me down (to the office). patted me down and checked me for weapons.”

Somehow, someway, in what must be an airless sarcophagus of tomb-tight dithery-dum, dithery-do, Edgewood City Schools Superintendent Russ Fussnecker insisted that a photo is a photo and that is that.

“When you’re dealing with school districts nowadays and there are pictures of guns — regardless of the kind of gun it is – it’s a gun,” the aptly named Fussnecker told WLWT. “I cannot just turn my head and act as if, well, I think it may have been playful and take the chance that something happens. I can’t take a chance.”

Don’t think. Whatever you do, boys and girls, don’t think.

— Seventh grader suspended for ‘liking’ photo of a gun on Instagram

— Gun control advocates weigh in on death of Bob Owens

— Why Is the Market Ignoring the Fact That Gun Sales Are Booming?

A bill signed May 10 by Washington Gov. Jay Inslee requires gun dealers to report anyone who fails a background check to local law enforcement, who can then seek prosecutions. The bill, which goes into effect July 1, also mandates that victims of domestic violence can ask to be notified if their abuser fails a check.

Background checks determine if a would-be purchaser has a criminal record, court orders or mental health conditions that preclude them from owning a firearm. But, as bill sponsor Rep. Drew Hansen (D-Bainbridge Island) said, there are no consequences for failing a background check when trying to legally purchase a firearm.

Therefore, if someone has any questions or concerns about their status to legally purchase a firearm and they undergo a background check to legally attempt to do so, they could end up being charged with a crime for trying to follow the law.

It’s also safe to assume they’ll still get their guns, though.

Notifying victims of domestic violence when their convicted assailants fail a background check was roundly endorsed with the coordination and cooperation of the National Rifle Association, the Alliance for Gun Responsibility, law enforcement organizations and victim’s rights groups.

— Washington State: ‘Lie And Try’ To Buy A Gun, Police And Victims Will Now Get Notification

— The ATF Struggles to Oversee Gun Stores. Illinois Wants to Put Its Own System in Place

— Up In Arms or Standing Ground?: Faculty, Students Take Aim at MO Guns Laws from Both Sides of the Spectrum

— SC bills on guns, medical marijuana among those dead for year

The Indiana Supreme Court on April 24 issued a 3-2 decision that ruled Indiana gun dealers are immune from being sued for damages if a gun they sold is used to injure someone, even if sold illegally.

According to Ashley Shuler of TheStatehouseFile.com, before the ruling, Indiana law said a person couldn’t sue a firearm dealer for damages resulting from the criminal use of a firearm by a third party, but the April ruling in KS&E Sports and Edward J. Ellis v. Dwayne H. Runnels extends and clarifies those protections.

“This statue is unambiguous,” Indiana Supreme Court Justice Geoffrey Slaughter wrote. “By its plain terms, the statute immunizes a firearms seller from a damages suit for injustice caused by another person’s misuse.”

Indiana University-Purdue University Indianapolis tort law professor Robert Brookins told Shuler that the law was designed to protect gun shop owners acting within the law, so they can’t be held liable for damages once that gun leaves their doors.

“If he sells that gun legally, and that gun is used to kill someone, multiple people, or even the man himself, I don’t know of any state in this great union that would hold a gun shop liable for that,” Brookins told Shuler.

The ruling also applied to firearms sold unlawfully, although firearms retailers and employees could still face criminal charges for knowing about an illegal gun sale.

— Gun Guy: Police May Not Detain Armed Hoosiers to Check for Handgun License