Gun Stories of the Week 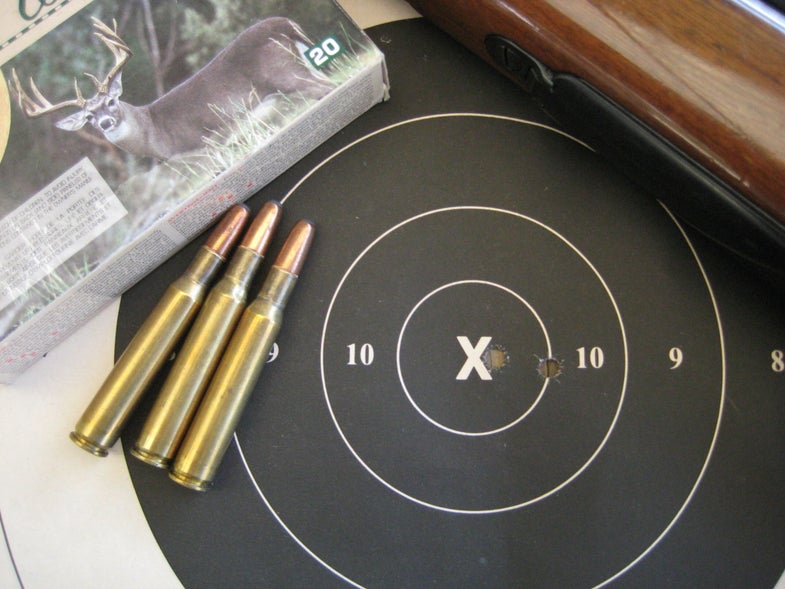 Congress this week will review and potentially repeal some of the “midnight” regulations installed during the last 60 days of the Obama Administration under the Congressional Review Act (CRA). Among them: The Social Security Administration rule labeling some Supplemental Security Income and Disability (SSI) recipients as “mental defectives” and reporting them to the FBI’s gun ban database.

Under the rule, possession of firearms by these “mentally defective” individuals — as many as 75,000 law-abiding citizens, including veterans — could be prosecuted as a felony, punishable by up to 10 years in prison.

There’s bipartisan support for removing the rule which, even the SSA has acknowledged, may be an example of regulatory over-reach exceeding intent. The poorly written rule could potentially affect anyone who receives benefits and has a representative payee who helps them manage their SSA funds.

More than 91,000 comments were submitted on the rule, the overwhelming majority of them in opposition to it.

Rep. Ralph Abraham (R-La.) said reviewing these types of “midnight” regulations” is the reason why the CRA makes sense.

“This issue really can be boiled down to one point: No American should be denied their constitutional rights because someone else handles their finances,” Abraham told The Daily Signal in a statement. “Allowing bureaucrats at the Social Security Administration to determine whether or not beneficiaries are fit to exercise their Second Amendment rights is a clear violation of due process, and I’m pleased the Congressional Review Act will give us the opportunity to right this wrong with passage of this joint resolution.”

In August, Donald Trump’s campaign released a list of 21 judges from which he would select his nominee to succeed the late Antonin Scalia on the U.S. Supreme Court if he won November’s Presidential election. In mid-January, President Trump announced that he would submit the name of that nominee to the Senate on Thursday, Feb. 2.

According to numerous sources, the ultimate nominee will be one of three finalists gleaned from that list of 21 judges. They are: 11th Circuit Judge William Pryor, 10th Circuit Judge Neil Gorsuch and 3rd Circuit Judge Thomas Hardiman.

All three were appointed to the federal appellate bench by President George W. Bush, are described as Constitutional “originalists” — as Scalia was — and have met with Trump.

On Jan. 26, Trump told Fox News’ Sean Hannity that he has “made my decision pretty much in my mind” about which one of the three finalist he will select, but did not want tip his hand until Thursday. “That’s subject to change at the last moment,” he added, “but I think this will be a great choice.”

That same evening, Fox News’ Bill Mears, citing unnamed Trump administration sources, wrote that the short-list had been whittled down to two names — Gorsuch and Hardiman.

Here are brief summaries of the final three, even if there are only two finalists:

— Hardiman, 51, a University of Notre Dame graduate who received law degree from Georgetown University, he drove a taxi to pay for his college tuition and may benefit from an endorsement by Trump’s sister, Judge Maryanne Trump Barry, who sits on the 3rd Circuit Court in Philadelphia with him.

Of the three, Hardiman has the most extensive record of pro-gun rights rulings. According to SCOTUS Blog, he dissented in a court ruling upholding a New Jersey law mandating potential gun owners show “justifiable need” to carry a handgun in public, backed a decision that said non-violent felons enjoy the Second Amendment right carry a weapon, and has written that the constitutional right “to keep and bear arms” extends beyond the home for self-protection.

— Gorsuch, 49, graduated from Columbia University and studied law at Harvard and has a Doctorate of Legal Philosophy from Oxford University. He is the only Ivy League-educated lawyer among the final three.

Gorsuch, whose late mother was President Ronald Reagan’s EPA administrator, is notable for his “Scalia-ness,” with some legal scholars calling him as “the most natural replacement for late Justice Antonin Scalia,” according to SCOTUS Blog.

Of the three, Pryor has been the most outspoken proponent of conservative issues. While Alabama AG, he wrote a brief defending Texas’s anti-sodomy law that was later struck down by the U.S. Supreme Court and he has called the Roe v. Wade ruling the “worst abomination in the history of constitutional law.”

— Down to two: A look at who President Trump might tap for the Supreme Court

— Thomas Hardiman, under consideration for Supreme Court, is a champion of gun rights

A California man has invented a simple part he hopes to sell for $10 that thwarts draconian (and blatantly unconstitutional) new “assault weapons” law.

New gun laws in California have gun enthusiasts and companies looking for ways to make guns, like an AR-15, compliant with the law while still retaining a relatively quick and simple way to remove a magazine.

A California law that went into effect Jan. 1 and defines “assault weapons” as any semi-automatic center fire rifle, such as an AR-15, that does not have a fixed magazine and features such as a flash suppresser and pistol grip.

But inventor John Bastiani of Bastiani Arms says his firm has developed a product that can modify an AR so it is California compliant, while still allowing it to be disassembled quickly to take out the magazine, for $10.

“Things that are on the market now cost upwards of $50, per gun to convert and make them legal,” he told Bob Owens of Bearingarms.com. “There needs to be a cheap solution. There might be people out there with 10 guns that they need to convert and at $50 per gun that’s cost prohibitive.”

Bastiani and friend Mike Schroeder researched and designed parts that they could patent. Ultimately, like most good ideas, the solution was relatively simple: They replaced the bolt catch on the left side of the gun.

“I cut some stainless steel… traced around, laid it out, cut it out with a dremel and a file, put it in the gun and said, ‘Oh my god, it actually does what I thought it would!’,” he told Owens. “We kind of lucked out because no one was thinking of the side of the gun we developed our lock for.”

Bastiani said the part — which he has named MOD1 for “Mandatory Orwellian Device” — should only cost around $10 and would fit on any AR.

“This is something that is legally necessary if you don’t desire to register your weapon as an assault weapon,” he told Owens. “It requires no skill at all to install.”

— Arkansas: Several Important Bills on the Move in Little Rock

— Rubio wants to let guns onto D.C. streets. Why not let them into the Capitol?

According to Fox’s determination, local governments in Montana are limited to regulating where gun owners can concealed carry, not how they can purchase firearms.

“Plainly interpreted, the Montana Legislature has prohibited all forms of local government from exercising any regulatory power over the purchase, sale or transfer of firearms,” Fox wrote in his ruling.

The Missoula City Council adopted the ordinance in September after Missoula’s City Attorney Jim Nugent assured them that such regulation was within the city’s jurisdiction.

Shortly after, Fox said that in his view, the ordinance exceeded the jurisdiction of local government as defined in the state’s Constitution and as stipulated by the State Legislature.