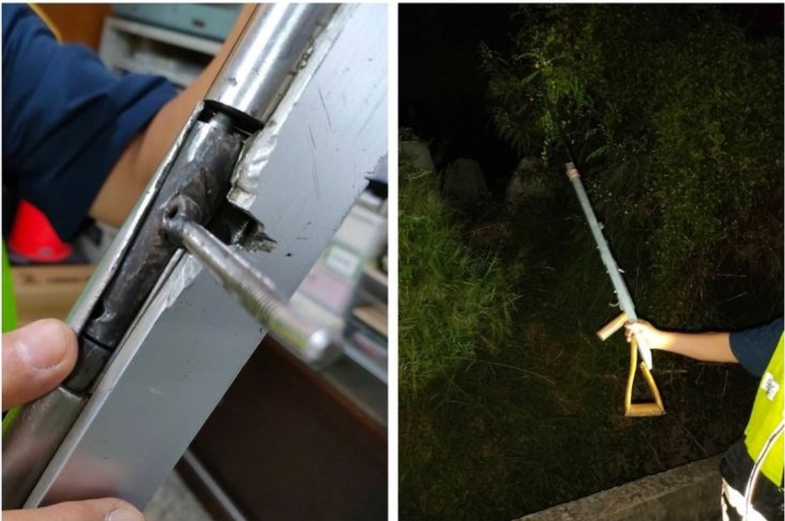 A Thai man was sentenced to more than 2 years in prison for making this gun and hunting with it. Focus Taiwan
SHARE

A Thai man who built a homemade hunting gun from shovels, scrap metal, and pipes, was sentenced to 2 years and 6 months in a Taiwan prison this week, according to a report from Focus Taiwan. Authorities arrested the migrant worker in September 2021, after he was found on an embankment shooting birds outside of Taichung, located on the west side of the island.

It is illegal for civilians to own guns in Taiwan, though the country’s Controlling Guns, Ammunition, and Knives Act allows indigenous people to own a firearm so long as they make the weapon themselves. Lawyers for the Thai man argued that since he was using a self-assembled gun to hunt game, its usage was within the boundaries of this law. But the Taichung District Court ruled that defense was not applicable because the man was from Thailand, and not an indigenous Taiwanese citizen.

At the time of his arrest, police confiscated the weapon, gunpowder, and metal pellets the Thai man was using as ammunition. In addition to the prison sentence, the man was also fined NT$20,000, or the rough equivalent of $676 USD.

The case may be appealed, according to court documents.

VICE News produced a documentary in Dec. 2021 on the use of firearms by indigenous Taiwan tribes for hunting, and the trial of Talum Suqluman, a member of the Bunun people.

Suqluman received a more than 3-year prison sentence after he killed wild game with a factory firearm, which are not permitted in Taiwan. Suqluman’s mother had asked her son to secure wild game meat, and after shooting an animal, he was stopped by police at the bottom of a mountain and subsequently found guilty of breaking Taiwanese gun law.