How to Properly Care for Wild Game Meat in the Field

You’re ready for hunting season, but make sure you are also ready to preserve the meat, horn, and hide once your target critter is on the ground 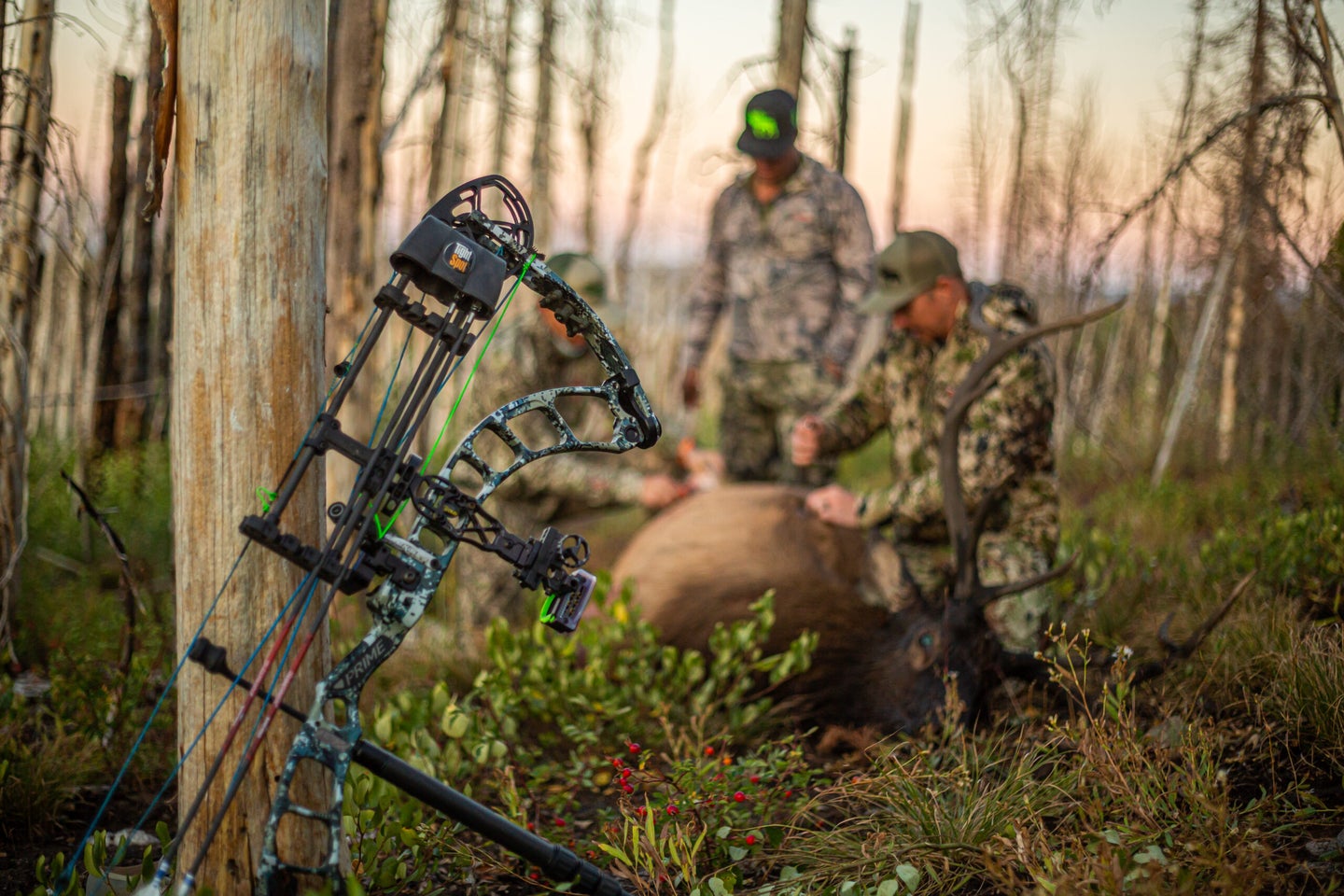 You need to have a plan to care for your meat this fall. Jace Bauserman
SHARE

Before the start of fall hunting seasons, we all put a tremendous emphasis on gear, as well as the physical, mental, and strategic preparation for our early-season hunts. Many hunts in the West and here in Alaska are in remote places, but each hunting style and location requires its own flavor of readiness. But many times hunters forget to consider how they will deal with meat, capes, hides, or velvet antlers once their animal is down.

It’s easy to get wrapped up in every other aspect of the hunt, and forget about caring for the animal once you have killed it. But you need to have a plan in place to preserve the meat, hide, and horns or antlers. The more experience you have, the more you have likely developed savvy methods for processing and packing out dead critters. But if you haven’t done it much, it can be overwhelming. Here’s what you need to know before you set out on a big game hunt this fall.

How to Prepare Before the Hunt

There’s a lot you can do before you ever step foot in the field to ensure that you don’t find yourself unprepared after punching a tag. The first is to learn, or at least watch various methods of breaking down and processing the animal you are after (within the context of the hunt area you’re going to). This is more important for remote or backpack hunts, where an animal might not be able to be loaded into a truck and quickly transported to be processed. The natural inclination is to try to learn a single method, and plan for that, but sometimes the animal you’re after might die in a bad spot or in such a way that you can’t position it how you want.

Learn traditional gutting and quartering methods, meat deboning, and salvage (as required by state or province), as well as methods like gutless dressing. If you want to save a hide or cape, consult your taxidermist about how to make the proper cuts and handle the hide for transport. You may want to go the traditional gutting route but can’t get your elk or moose on its back, so it can be valuable to at least know that you need to take the meat off of the top side to remove the guts in order to lighten the animal enough to reposition it. If you aren’t planning on butchering the animal in the field, be prepared to haul it out in quarters. Many animals can be much more difficult to move, especially alone, than you think. If you don’t know several different ways to field dress and quarter your dead critter, it could lead to spoiled meat.

Think Before You Take the Shot

Keeping meat from spoiling, or a cape, horns, or antlers from being damaged in a bad fall is something that you should consider before pulling the trigger. Obviously, there are plenty of unknowns in any hunting situation, and sometimes things spin out of our control, but do your best. If you’re in steep country, sometimes it’s better to wait if you know that a shot will result in the animal tipping over a ledge, which can either lead to damaged meat and horns, or a lost animal entirely. Or you may not be equipped to deal with a moose in the swamp he’s currently standing in, or if he is on the opposite side of a fast-running river. Sometimes you just need to take the opportunity you have, but it’s up to you to make that call. Be aware that just killing an animal isn’t always the best thing if the risks of losing it are too high. Probably the most common mistake in the early season is shooting an animal too far from the truck, or in such a manner that it is difficult or impossible to get all the meat out before it spoils. Think about all those factors before you shoot. If there’s not a reasonable expectation that you can recover an animal or get the meat out in time, don’t take the shot.

Read Next: 19 Ways to Transport a Whitetail Deer

After the Shot, You’re on the Clock

Once you shoot, an unstoppable clock starts ticking, and your meat and trophy have become perishable. There are things you can do to slow that spoilage clock, and that should be your goal. A lot of these are very basic concepts. You can find books, articles, and YouTube videos that go in-depth to help you on the specifics.

The most important thing is getting your meat and cape cooled as quickly as you can. There’s no single answer to how long you have, just don’t dawdle. Removing the guts and hide, or removing the hide then the meat from the carcass, are the most elementary and practical ways to dissipate body heat. The cooler the better, but even in warm or ambient temperatures, if you can get your meat cooled in the shade, it will last longer. Cool hanging seems to be one of the best ways (aside from refrigeration) to get your meat cool and ready to pack out. Allow as much blood to drain from the meat as you can, trim excess fat, and keep it as clean as possible. For both meat and hides, any dirt or vegetation you get on it will introduce more bacteria and speed up decomposition.

You need good synthetic game bags to store the meat in. Meat comes off the critter, and straight into the bag. Hanging your cape or hide up can help with some drainage, but unlike your meat, you don’t want a crust to form on the skin side of your cape or hide. It’s a balancing act, but if the fleshy parts of the hide dry out, it can make it very difficult to handle and prep for salting, and can result in some slippage. Simply hang up to drain or until the skin is cooled from being on the body, then fold and roll it up with skin-to-skin, and keep it as cool as you can.

Finally, avoid moisture at all costs. Any excess moisture will work against you and provide a better environment for bacterial growth, which is what is working to spoil your hard-earned meat. In some circumstances, you can submerge meat in waterproof, non-scented contractor bags to cool it rapidly in an emergency, but you don’t want the meat to actually get wet.

There is an abundance of information available on trophy and meat handling in hot or warm weather. The key for you is to think about the best and fastest way to get the animal back to the truck once it’s dead. It’s an overwhelming feeling if you don’t prepare for that moment. But if you take careful considerations before you shoot and have the proper mindset once you do get your animal down, packing it out won’t be a problem.