How to Preserve Velvet Antlers 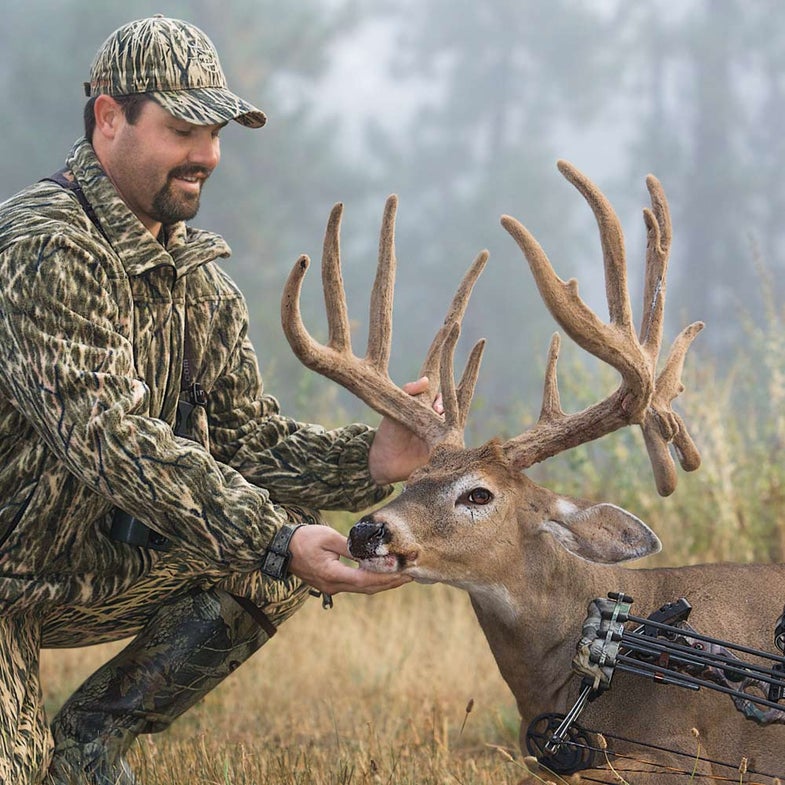 A full-velvet buck like this one, shot in eastern Washington, is a great early-season trophy. Lon Lauber/Windigo Images
SHARE

You’ve dreamed of this moment for years: A wide-racked whitetail in full velvet. The shot was a gimme, the recovery a breeze. You’ve shot a couple of gigs’ worth of photos, texted all your buddies, and are basking in post-hunt euphoria when it hits: You’ve just killed a buck in full velvet. What do you do with it?

“That’s a pretty common realization for a lot of guys,” Michigan taxidermist Terry Weicks says with a chuckle. “The good news is you don’t have to worry too much—if you’re going to use artificial velvet.”

The use of artificial velvet may seem a bit off from a purist’s perspective. From the eyes of a taxidermist, however, it makes sense.

“If you want to use the real velvet, you have to keep in mind that you’re dealing with tissue and blood. All of that has to be preserved, and it’s difficult to stabilize blood and tissue without stripping the velvet, which is very labor-intensive and costly, ” Weicks says. “Plus, you have to protect it in the field. You can’t pull that deer around by the antlers. In order to keep the velvet intact, you want to freeze the head as quickly as possible. Keep in mind, laws designed to stop the spread of CWD often restrict transport of animals. In some states, it’s actually illegal to transport intact heads.”

“With the artificial velvet process, you don’t have to be particularly careful in the field, and you don’t have to freeze the head. I strip all of the [real] velvet off. That allows me to completely and thoroughly clean the blood and tissue from the antlers. I then rebuild any undeveloped points and apply the artificial velvet. I electrostatically charge the new velvet, which stands the fibers on end. The end result doesn’t look exactly like the original velvet. Actually, it’s much prettier.”

Weicks adds about $150 to the cost of a standard shoulder mount of an average-sized buck when he applies synthetic velvet. But some bucks, especially those killed before their antlers are fully grown, require a bit more work to sculpt undeveloped points.

But, according to Weicks, the result is certainly worth it.

“It’s a longevity issue,” he says. “We’re removing blood and tissue, which can smell and attract bugs. Some taxidermists recommond freeze-drying. I’ve done that, but it still smells like rotten meat. Because it is.”

“Every buck is unique, and that includes coloration,” he says. Close-up photos of every part of the rack will help your taxidermist match the reconstructed antlers to the original.

With a bow season that opens the first Saturday of September and good numbers of mature bucks, Kentucky offers hunters a solid chance at a pre-shed whitetail. Hunt food sources for velvet bucks.

Montana’s archery season opens the first Saturday in September. Whitetails in eastern Montana are rebounding after being hit with EHD a few years ago.