The Best Survival Movies Ever

Nobody wants to fall into a survival situation, but the movies are fun to watch 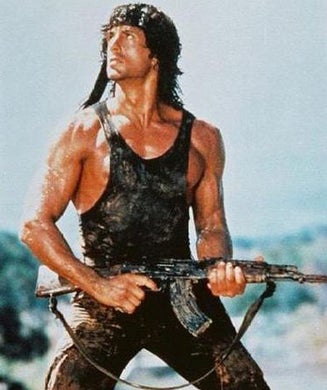 Nobody ever wants to fall into a survival situation, but they sure are fun to watch on the silver screen. Here’s our list of best survival movies.

“A billionaire and two other men are stranded, unequipped, by a plane crash in a dangerous wilderness. How many will survive to be rescued?”

Anthony Hopkins and a young Alec Baldwin play two men stranded by a plane crash in an Alaska-esque wilderness. An intelligent billionaire and hip fashion photographer embroiled in a passionate love triangle; they don’t appear to have a fighting chance at survival , especially once it is revealed they are being stalked by a cunning grizzly bear. Luckily, Hopkins took the time to browse through a few pages of a book forbiddingly titled “Lost in the Woods” before their tiny plane went down, and he uses his book smarts to transform into a stick-waving, bear-slaughtering outdoorsman.

If you don’t already have Tom Hanks’ anguished cry of “Wilson…WILSOOOON!” seared into your memory, you may have been living on a deserted island yourself for the past 10 years. In this Oscar nominee, Hanks plays an uptight Fed-Ex employee stranded completely and utterly alone on a tropical island. He fishes, he explores, he dreams of the woman he loves, he builds a raft and he talks to a volleyball, since four years is a heck of a long time to be alone.

In the manly movie that could beat up all other manly movies with one hand-tied behind its’ back while eating a raw steak, Sylvester Stallone plays John J. Rambo, a Special Forces officer recently returned from his tour in Vietnam — he’s deeply troubled by what he experienced there. From a time before widespread awareness of Post Traumatic Stress Disorder, Rambo begins a one-man war with the local Sheriffs’ department of Hope, Washington and leads them on a crazed chase through the wilderness.

The movie opens on a snotty teenager, perched in a tree, expounding his belief that “No one really great ever slept in dirt.” But when nerdy Alan, (played by Sean Astin) is sent on an ill-fated adventure trip into the Sierras with three other boys, he is forced to mature, assume a leadership role and sleep on the ground on more than one occasion.

Kevin Bacon plays the seasoned outdoorsmen guiding the sheltered city boys along their six-week journey to manhood, or so the plan is. But after pushing them to their limits, he becomes dependent on the boys for survival.

Imagine you’re Sylvester Stallone, and you’ve set the bar pretty high for yourself in terms of action/adventure movies. So what’s next? Cliffhanger, full of avalanches, explosives and cold hard cash, certainly puts up a good fight.

After a friend slips out his grasp and falls to her death while rock climbing, Stallone’s character Gabe is asked to return to the same mountain, where he becomes entangled in a botched heist and a search for millions of dollars buried somewhere in the wilderness.

The hunters become the hunted when an elusive alien being starts killing off CIA agents from a group sent on a rescue mission to the jungles of South America. Their full-camo and automatic weapons are rendered useless by this technologically-advanced invisible space creature, who watches them through a scope as they move in the underbrush.

What state wouldn’t vote Arnold Schwarzenegger into the Governor’s office after this stunning display of grit and survival skills?

Based on the book Hatchet, by Gary Paulsen, the movie follows the struggles of 13-year-old Brian; lost and alone after the pilot of his single-engine plane dies mid-flight and Brian is forced to make an emergency landing in the Yukon wilderness. As his hope of being rescued dwindles, he must learn to survive and utilize the hatchet his mother gave him before he left.

Simply a classic. If those guys sitting on a deserted island in the sun by themselves think they have it rough, they should try outsmarting a velociraptor or getting run down by a Tyrannosaurus Rex.

The movie retells famed explorer Sir Ernest Shackleton’s expedition to the Antarctic in 1914. When Shackelton’s ship, the Endurance, gets locked in the Antarctic ice, it becomes a battle against frostbite, hypothermia and starvation. The coolest part about this movie? It’s based on a true story.

First released in 1940, the film is based off of a novel by Johann David Wyss. Set in 1813, it tells the story of a family that sets sail for Australia hoping to escape Napoleon and the troubles of London. The family shipwrecks on a deserted island, but after they build a swanky tree fort it seems that everything is going to work out fine for the Robinsons … until the pirates come. Pirates mess up everything.

Jeremiah Johnson, played by Robert Redford, leaves civilization and heads for the Rocky Mountains to start a new life as a trapper. The film is set in the 1840s and covers every survival element from bear attacks to starvation.

If you’re a real survivalist like Jeremiah, you don’t have to fight the bear, you just make him your friend.

The movie is based on a true-life tale of a young dog musher who races across deadly terrain stretching from Winnipeg, Manitoba to Saint Paul, Minnesota to win a $10,000 prize. The musher’s name is Will … get it?

This film is loosely based on the eruptions of Mount St. Helen’s and Mount Pinatubo, but the keyword is loosely. Volcanologist Harry Dalton (played by Pierce Brosnan) tries to alert the townspeople of Dante’s Peak that a massive volcano is going to erupt, but no one listens to him … that is until a massive volcano erupts.

This isn’t exactly a wilderness survival movie, but I Am Legend is worth your time. Robert Neville (played by Will Smith) is one of the last people left on earth after a widely distributed vaccine turns the human race rabid. Neville lives in New York city, which becomes a wilderness of sorts and he is forced to hunt and gather to survive while he works to find a cure and save what is left of humanity.

In one of the more memorable scenes, Neville hunts deer in the abandoned New York city out of a sports car cruising at 50 miles per hour. No you won’t read about this survival strategy in many manuals, but it was pretty cool to watch.

The film follows two handymen (Fred Ward and Kevin Bacon) as they battle giant killer worms, called Graboids, in an isolated ex-mining settlement in Nevada. It’s not exactly a hard-and-fast survival movie, but entertaining none-the-less — I mean come on, they blow up the killer worms with homemade explosives.

This is a Canadian flick based on a short story by Farley Mowatt. It follows a bush pilot and his passenger after they survive a plane crash and must survive the elements of the Northwest Territories. One of the lead characters Annabella Piugattuk was not an actor, but was chosen for the role because of her knowledge in native hunting and survival techniques.

Released in 1990, this epic American western is about a lone white soldier (Kevin Costner) who occupies an outpost in the Dakota plains. The movie is considered by many critics to be one of the best films made in the 1990s.

Set in an apocalyptic 1980s world in which the U.S. has been invaded by Russia and Cuba, the film follows a group of high school students from a small Colorado town who resist the Russian occupation with guerilla warfare.

The film is based on the non-fiction book that follows Christopher McCandless’s two-year odyssey into the wilderness. Hoping to escape the drudgery of modern civilization McCandless heads for Alaska to live on his own in the wild.

He does manage to escape civilization, but he soon finds out that life in the Alaskan wilderness isn’t some camping trip vacation at Jellystone National Park.

The film, released in 1993, is about a rugby team that’s plane crash lands in the Andes mountains. By day five the survivors discover that their search has been called off and their only hope is to walk themselves out. To fend of starvation they are forced to resort to cannibalism. Needless to say, this flick is not for those with sensitive stomachs.

21. The Day After Tomorrow

When global climate change causes another ice age, it’s Dennis Quaid to the rescue. This is the ultimate man vs. weather movie as Quaid and his son (played by Jake Gylenhall) face blizzards, tsunamis, subzero cold and massive tornados.

The movie is based on the real-life story of commercial sword fishermen who were caught in a brutal East coast storm in 1991. The crew must face a hurricane and one massive rouge wave that towers 100 feet above them.

23. Flight of the Phoenix

The film follows a pilot and his crew who crash land their plane in the Sahara desert. They battle dehydration, attacking Arabs and a constant infighting among themselves. Finally, they settle on the solution of building a new plane.

What happens when you take a bunch of British schoolboys, stick them on a deserted island and allow them to govern themselves? You get a pig’s head on a stick and a really really good movie.

First released in 1963, the film was based of the novel by William Golding. The film was updated and remade in 1990.

This movie focuses on Petter Garrett, who attempts to rescue his sister after she gets stranded climbing K2, one of the tallest and most dangerous mountains in the world. Garrett and his crack team of rescuers must endure avalanches, blizzards and unpredictable crevasses.

In probably the best animal attack movie of all time, a massive great white shark terrorizes the small costal town of Amity. To save the day, a scientist, a police chief and a veteran fisherman must outsmart and kill the shark. The film was loosely based off of bull shark attacks that occurred decades before in the northeast and successfully terrified beach goers everywhere.

A group of four city boys head out to a remote river for a vacation, but things take a turn for the worse when they run into a group of demented hillbilly’s. The film was released in 1972, starred Burt Reynolds and received rave reviews by film critics.

Dueling Banjos will never again have the same connotation. 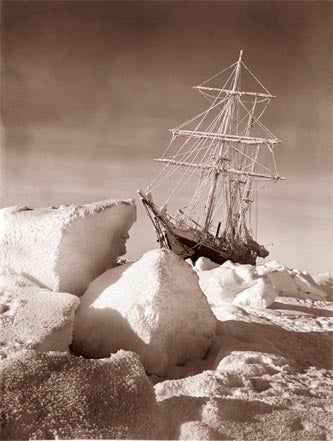 Did we miss one? What’s your favorite survival movie of all time? Comment below.
Survival Skills