Wild America: Tactics for Hunting Public Land and Stories About Why We Love It

Load your daypack and lace up your boots, because our public lands offer endless hunting opportunities. Here's how to unlock them. 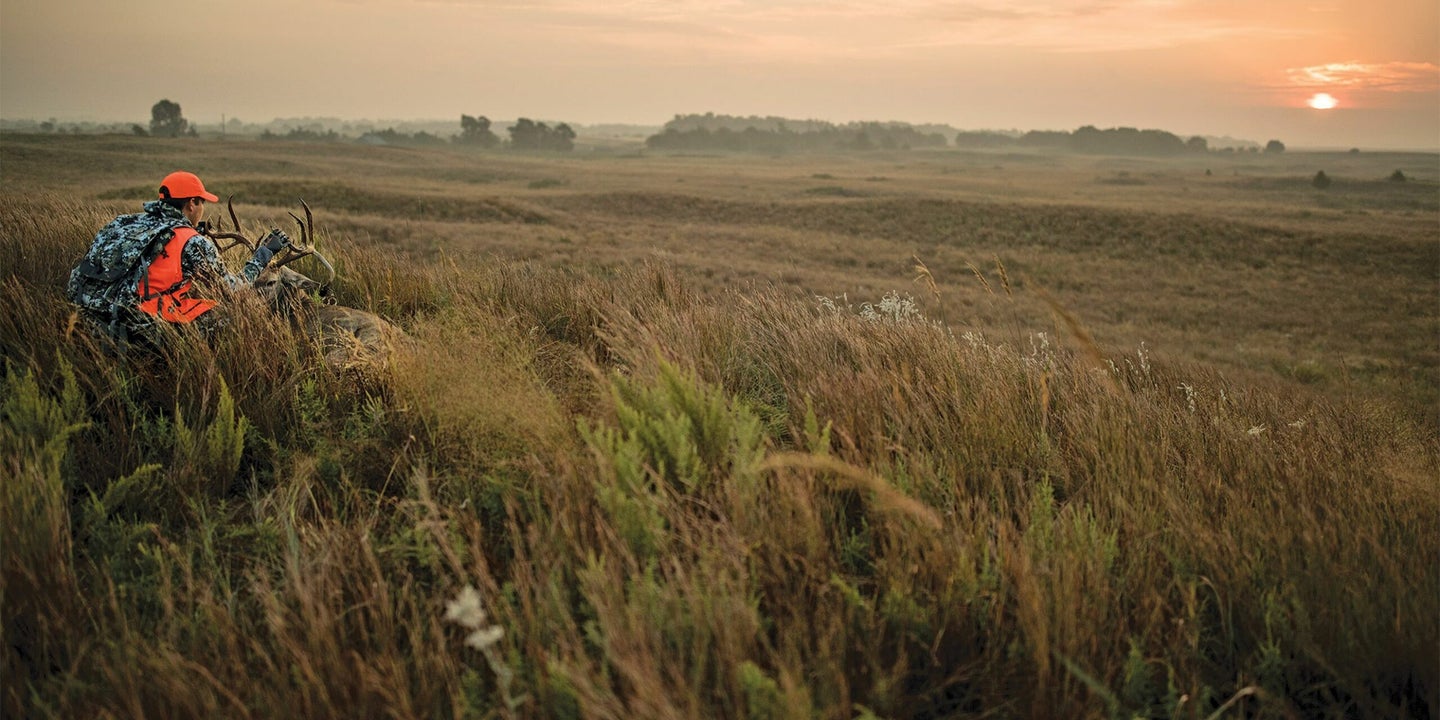 Knowledge and effort. That’s what it takes to successfully hunt public land. You need skills and a good game plan to outwit critters that have adapted specifically to avoid hunting pressure. But know-how gets you only so far. On the level playing field of America’s public lands, a little extra sweat often makes the difference between punched tags and empty game bags.

So we’ve put together a mountain of tactics from expert public-land hunters, plus a collection of stories that capture the essence of hunting public ground. We hope the tactics give you an edge this fall and the stories keep the fire burning hot all season long.

How to Bivy Hunt for Giant Public-Land Mule Deer

Bivy hunting is my ace-in-the-hole technique for pursuing old mule deer bucks before the rut gets cranking and bucks become unpredictable. Simply put, I sleep on the mountain with the deer, camping as close as I can to an old buck wihtout bumping him. Read on. >>

How to Hunt Public-Land Elk in Dark Timber

Today’s hard-hunted elk herds aren’t the same plains game as their ancestors. They’ve learned to take cover in the dark timber, and if there’s adequate browse and water, elk are quite happy to never leave their stand of lodgepole pince during daylight hours. Your best option for hunting pressured elk on public land is to get in the woods with them. Read on. >>

Forget easy fencerow pushes and big drives across grass fields. If you want to kill roosters, focus on large stretches of heavy cover, and that means cattail sloughs. Read on. >>

Sure, everybody and their cousin knows about the local WMA—it’s crowded with hunters and light on game. But how about the Walk-in-Access area just a few miles down the road, or the university land in the next town over? Some of the best hunting opportunities take a little extra research to uncover, so we’ve compiled data that offers a glimpse into how much access is really out there. But there are also significant threats, like plans to transfer federal land to the states. Those issues deserve a look, too.

Hunting on Public and Private Lands (2016)

Total federal land ownership has declined 3.9 percent in 25 years, according to the most recent study available. Most of that is due to BLM disposals in Alaska. Sources: Colo. parks and wildlife, Congressional Research Service (CRS),  Headwaters Economics (HE), Montana DNRC, USFWS

What’s Up With Utah?

Utah has awesome public hunting, but it’s also spawned some of the worst public-land policy legislation to hit D.C. For decades, Utah lawmakers have tried to wrestle public lands away from the federal government. Here’s a brief look at that long history.

Would transferring federal lands to the states lead to selling public lands? Probably. Many (but not all) Western states have already sold off the majority of their original school trust lands.

Why You Need the LWCF

The Land & Water Conservation Fund is the best habitat and access program most hunters don’t know about.

Federal Land is Full of Opportunity

There are more places to hunt on federal land than you might realize.

Public-Land Recreation is a Money Maker

Many jobs and revenue-generating activities wouldn’t exist without public lands.

Did you know? Western rural counties with the highest shares of federal lands had faster population, employment, personal income, and per-capita income growth on average than peers with the lowest share of federal lands.

Did you also know? Public- land hunting is the most affordable option for hunters. In 2016, the average land-use fee per private-land hunter was $158. It was $2 per hunter on public land.

For every dollar spent on federal duck stamps (currently $25 each year), 98 cents goes to purchase habitat or acquire conservation easements for protection within the National Wildlife Refuge System.

More stories about Conservation, this way. >>