5 Reasons To Love The 28 Gauge 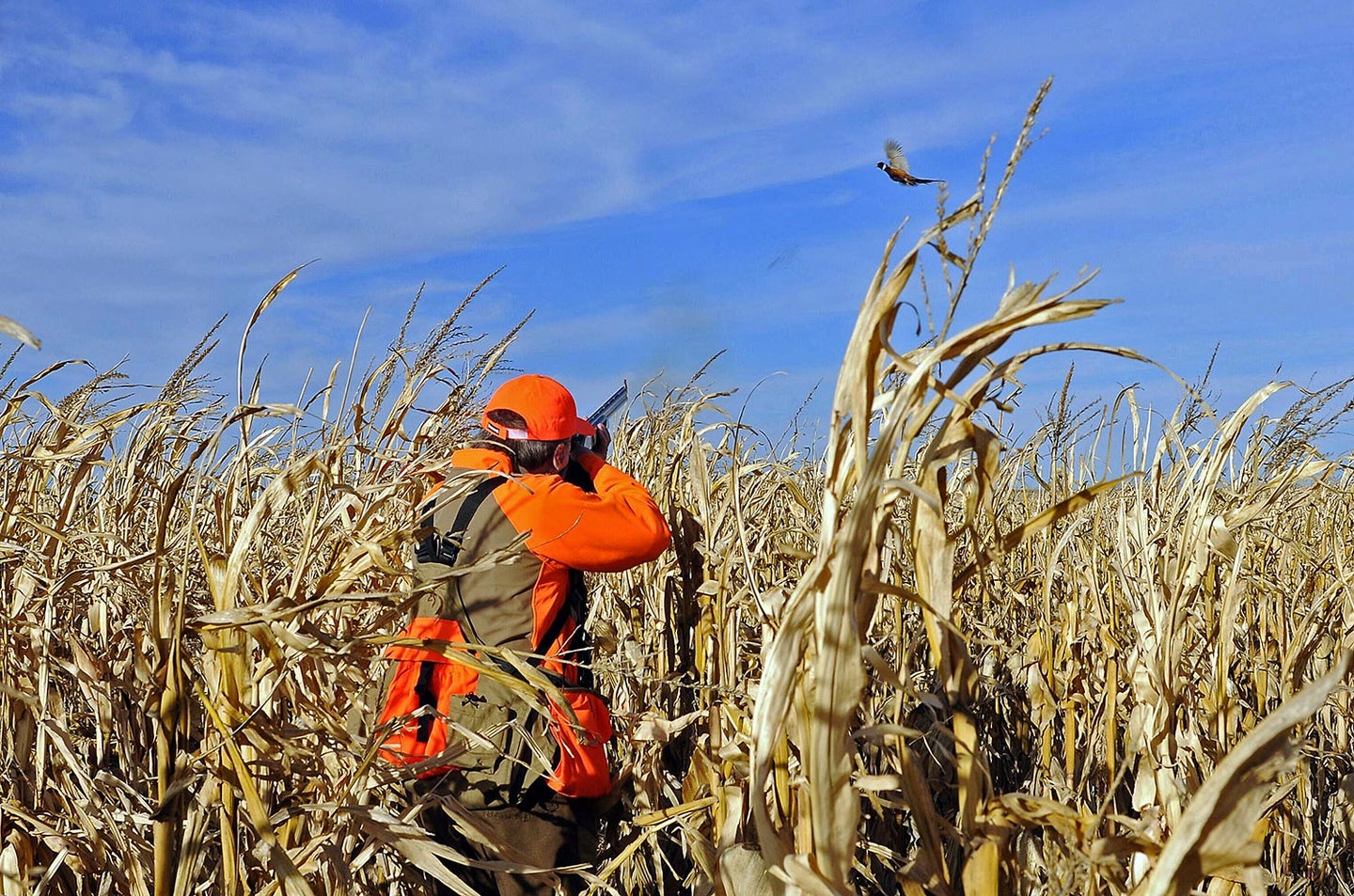 The 28-gauge is more than enough gun to take pheasants with authority within reasonable range, as the author demonstrates on this pheasant drive. Michael Dickerson
SHARE

To hear some people tell it, the 28-gauge shotgun is imbued with magical powers, and if you listen to these fans long enough, you might come away convinced that you could use a 28 to down a crossing pterodactyl with a snap shot at 50 yards using a ¾-ounce load of No. 9 shot.

That’s a bit of an exaggeration, of course, but many 28-gauge enthusiasts insist that the 28 delivers a more uniform pattern with almost no holes and no weak outer ring, allowing it to perform better than it should. Some claim that the 28’s reputation for punching above its weight class is due to the fact that the shotshell contains a square load, meaning the shot stack is equal in height and width, theoretically resulting in fewer deformed pellets and better shot patterns.

The problem with these assertions, according to ammunition manufacturers, is that they simply aren’t true. A spokesman for one of the world’s largest shotshell makers told me that he wishes the company had more compelling data to prove some of those common beliefs, because he dearly loves to hunt with his 28-gauge gun, but the company doesn’t have any evidence to support those claims. A representative for another large manufacturer told me the company had done some testing of the 28 gauge around pattern efficiency versus bore diameter, and concluded there was no technical superiority of the 28 gauge over anything other than the .410.

More than 40 years ago, a Texan named Bob Brister published a book revealing results of extensive testing on crossing targets towed behind an automobile. Brister, a shooting champion, expert shotgunner and former shooting editor of Field & Stream, repeatedly put his Webley & Scott 28 gauge to the test against targets at 35 yards towed at 40 miles per hour. The tests revealed that the 28 had a shorter shot string, with most of the pellets arriving on target at the same time within a basic spread of about three feet.

A short shot string helps explain the perception that the 28-gauge punches harder than it should, but the 28 also benefits from comparisons to the 410 gauge, which it outclasses in every respect. Many people tend to lump both into the same sub-gauge category without giving the differences much thought, but the 28 gauge, with a nominal bore diameter of .55 inch, is much closer in size and performance to the 20 gauge and its bore diameter of .615 inch. Of course, success in the field has a lot more to do with factors other than gauge size. It is not the gauge that kills. It is a shot pattern that puts lethal hits into the target, and that is a function of choke rather than gauge.

Those are a lot of “ifs,” and they offer clues where the real magic of the 28 gauge may be found, and why some people break more clays or put more game birds in the bag with a 28 than they do with larger gauges. Limiting shots on live birds to 35 yards or so, they benefit from using enough gun instead of using more-than-enough gun. In my case, I resisted the lure of the 28 gauge for a long time until I first used one on a pheasant hunt many years ago. I fell in love with the 28 gauge on the spot, and here are some the reasons you should, too.

1. You Can Carry it for Days

My first over-and-under shotgun was a stunningly beautiful 12 gauge that weighed more than nine pounds. I killed a lot of birds with it, but I killed a lot more at the start of a hunt than at the end of a hunt after carrying that behemoth for miles.

Properly scaled 28-gauge guns, meaning guns that are built on true 28-gauge receivers rather than 28-gauge guns built on larger-gauge receivers, are quite light and a joy to hunt with. Popular opinion holds that 28-gauge guns for flushing birds should weigh between 5-1/2 and six pounds, while some prefer a bit more weight for guns used for skeet and pass shooting.

Examples of properly scaled over-and-under guns include the Franchi Instinct SL, which tips the scales at 5.2 pounds, and the Beretta 687 Silver Pigeon, which weighs about six pounds.

Browning’s Citori 725 in 28 gauge weighs seven pounds, but I’ve shot quite a few birds with that gun and never felt handicapped by its weight. If anything, it swings a bit more smoothly than lighter guns. Side-by-side guns can be made very light, too. The Fausti line of DEA shotguns in 28 gauge have an average weight of just 4.95 pounds.

In the past, semi-auto shotguns often weighed a little more than other designs, but that’s not the case today. The Benelli Ethos 28-gauge semi-auto weighs just 5.4 pounds, while Benelli’s Ultra Light semi-auto takes weight all the way down to five pounds. If you prefer a little more heft than that in an autoloader, Remington’s 1100 Sporting 28 weighs 6-1/2 pounds.

Weight savings aren’t limited to the guns. You can carry a lot more 28-gauge shotshells in the pockets of your upland vests, too. That makes people like me, who normally carry enough shells to stage a skeet match for a small army, quite happy.

Trim, properly scaled 28-gauge guns tend to be very quick to the shoulder and fast on the swing. These little guns are said to point like a magician’s wand, and they do, but some people don’t see that as an advantage. Such guns, they proclaim, are too light and don’t swing smoothly enough for “serious” shooting, whatever they deem that to be.

In reality, most shots on flushing birds are taken while birds are rising or going away, and a light, fast-handling 28 gauge can be deadly efficient so long as shots are taken within reasonable range. If you can mount, point and swing a gun fast and instinctively, you can effectively negate the advantages of larger-gauge guns because you can get on the birds faster, before they open the range, than you can with a much heavier gun. The 28 works just fine on tight-holding wild birds as well as the pen-raised birds you’ll find on many hunting preserves, but you’ll likely want to step up in gauge when birds are flushing wild or far ahead, as often happens with late-season pheasants.

The 28-gauge gun does have its limits, but a well-fitting 28 naturally lends itself to fast, almost effortless shooting. It is, in a word, fun.

One of the best things the 28-gauge gun has going for it is something it lacks: recoil.

A six-pound 28-gauge shotgun pushing a ¾ ounce load of lead at 1,200 feet per second (fps) generates less than 13 foot pounds of recoil energy, which is considerably less than the level considered to be the maximum most shooters can comfortably tolerate. In contrast, a 7-1/2 pound 12-gauge shotgun launching 1-1/8 ounces of lead at 1,200 fps ratchets recoil up to about 23 foot pounds. While the 20-gauge generates less recoil than a 12 gauge, it’s still more than you’ll get with a 28. Shoot a one-ounce load at 1,220 fps out of a 6-1/2 pound 20 gauge and you’ll experience a bit more than 17 foot pounds of recoil energy.

Read Next: The Best New Shotguns from SHOT Show 2020

If you don’t think this makes much difference, consider the cumulative effect of all that recoil energy. One expert calculated the effects of shooting a 12 gauge in a 100-target competition with 1-1/8 ounce loads and concluded that, by the end, you will have soaked up nearly a ton of cumulative recoil energy. It’s small wonder that many people prefer to shoot 20- or 28-gauge guns for skeet, despite the fact that they’re throwing fewer pellets at the target.

Less recoil can also translate into better success in the field. People who do a lot of upland bird hunting with the 28 gauge will tell you that, within reasonable range, they can do the same thing with a more-tightly-choked 28 and a light load that a 12-gauge shooter can do with a heavier load and an improved cylinder choke. They’ll take less of a pounding in the process, and possibly shoot better.

Major ammo makers report that the 28 gauge has become increasingly popular over the last decade, showing a steady increase in demand, and that has led gun makers to offer more models in 28 gauge.

People often tell me they wish they had a 28-gauge shotgun, but the guns are too expensive. That’s no longer universally true, as many gun makers offer 28-gauge guns that are quite affordable by today’s standards. One example is the Franchi Instinct L over-and-under, which has a MSRP of just $1,469, and the Benelli Ultra Light semi-auto, which retails for $1,779. If that’s still too rich for the budget, consider the Tristar Viper G2 or the Mossberg International SA-28 semi-auto. The SA-28, weighing 6-1/2 pounds, not only looks great, but shoots great. I’ve done a fair amount of hunting with it, and several elder statesmen among the outdoor writing fraternity have confided to me that the little gun is about all they hunt with when they’re not testing other shotguns. With a price tag of just $675, it’s a real bargain.

If you want a 28-gauge gun with the barrels arranged side by side, you’ll likely pay a good deal more for it. The Fausti DEA line includes some 28-gauge side-by-side guns starting at $4,390, and Rizzini 550 and 552 shotguns cost a bit more than that, but some high-end European guns may cost more than your mortgage. There are, however, deals to be found, such as the CZ Sharp-Tail side-by-side, listed at $1,289, or the 5.5-pound CZ Bobwhite G2 side by side, which has a price tag of just $702.

If your heart beats to the rhythm of a pump-action gun, currently produced 28-gauge pump guns include the six-pound Remington 870 Wingmaster priced at $962, the stylish Ithaca Model 37, starting at $1,145, and the CZ 628 Field Select with a MSRP of $429. The Browning BPS has also, from time to time, been produced in 28 gauge.

5. We Have Better Ammo Options

The resurgence of 28-gauge guns is partially due to increased availability of ammunition, including shotshells using tungsten and bismuth that can turn sub-gauge guns into waterfowl and even turkey guns. A quick survey of current offerings from major ammo makers reveals no shortage of options.

Federal brought more choices to 28 gauge fans in the last couple of years, and offers more than a dozen 28-gauge loads, including specialized target and sporting clays loads as well as high-velocity upland and high-brass hunting loads. A new 5/8-ounce Speed Shok Steel load for waterfowl was added in 2018, and this year a new Prairie Storm load with a 13/16-ounce payload joins the lineup. You can also now order 28-gauge loads with Federal’s dense tungsten super shot (TSS) directly from the Federal Custom Shop.

Fiocchi lists no fewer than 22 loadings in 28 gauge, ranging from a high-velocity ¾ ounce and one-ounce hunting loads to 11/16 ounce and 7/8-ounce Golden Pheasant loads in shot sizes No. 7.5 through five.

Kent Cartridge offerings include the Bismuth Upland shotshell with a 7/8-ounce payload of high-density No. 6 Bismuth shot that, while designed for upland hunting, can be equally effective on waterfowl. New for 2020 is the Kent Elite Target load with a ¾ ounce payload of No. 7.5 Diamond Shot, Kent’s premium lead shot.

Thanks to the rising popularity of the 28, there’s something to suit everyone now in guns and ammo, and there’s never been a better time to go afield with a 28 gauge.