Whether you’re a weekend warrior or a world-class competitor, these trap and skeet shooting tips from some of the nation’s most accomplished shotgun shooters will help you improve your game. 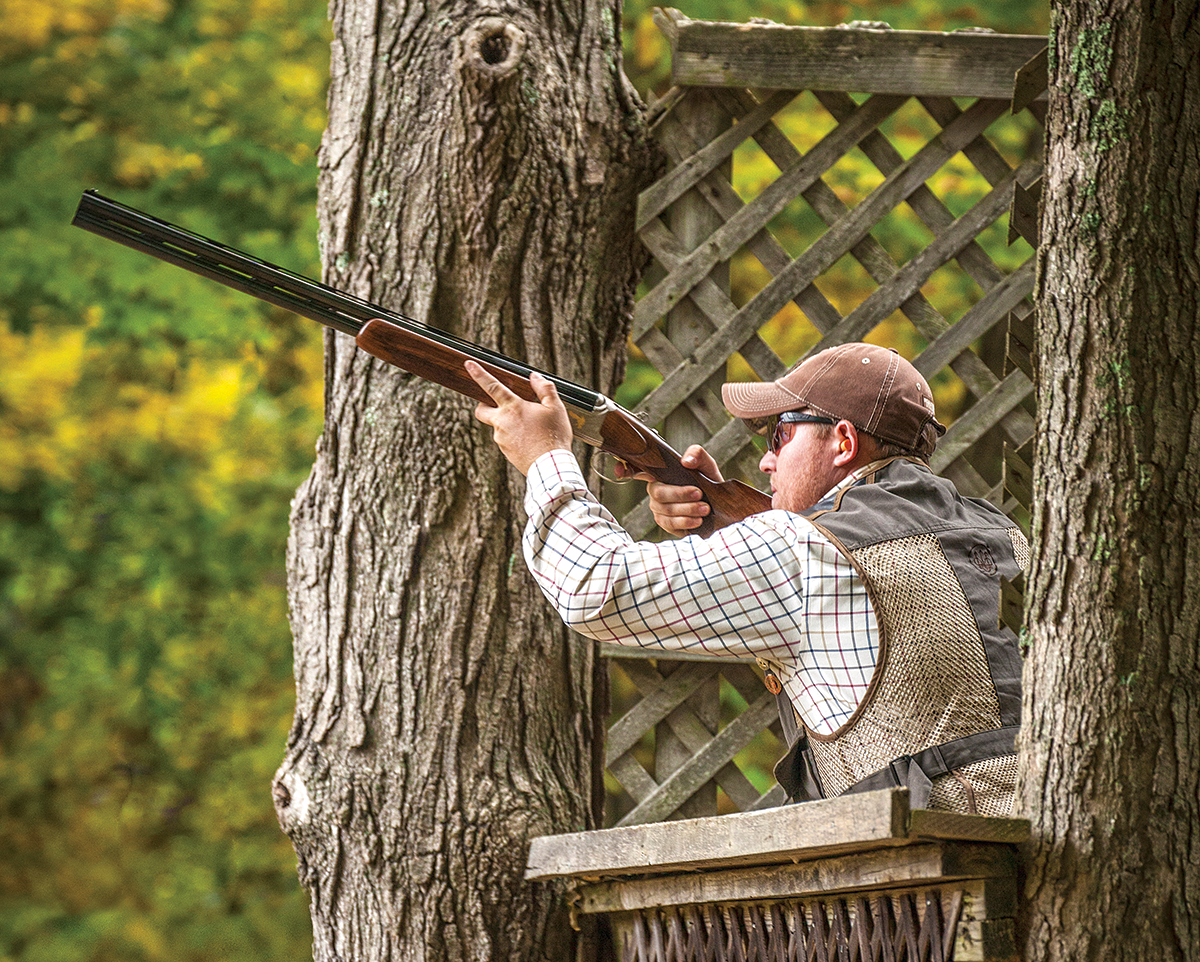 Spring and summer are the best times to brush up on your shotgun skills. Dusan Smetana
SHARE

Spring and summer are a great time to improve your shotgun skills for the upcoming hunting season, and I can’t think of a better way to do this than with a steady diet of trap, skeet, and sporting clays. But shotgun sports aren’t just for hunters; there are a growing number of recreational shooters who have never taken to the field and simply enjoy the challenge of intercepting a 108mm clay in midair at 45 miles an hour. Whether you’re sharpening your shooting abilities for dove season or looking to break your first 100 straight, here’s trap and skeet shooting tips from some of the top shooters in various shotgun sports disciplines that will help you become a better shooter. 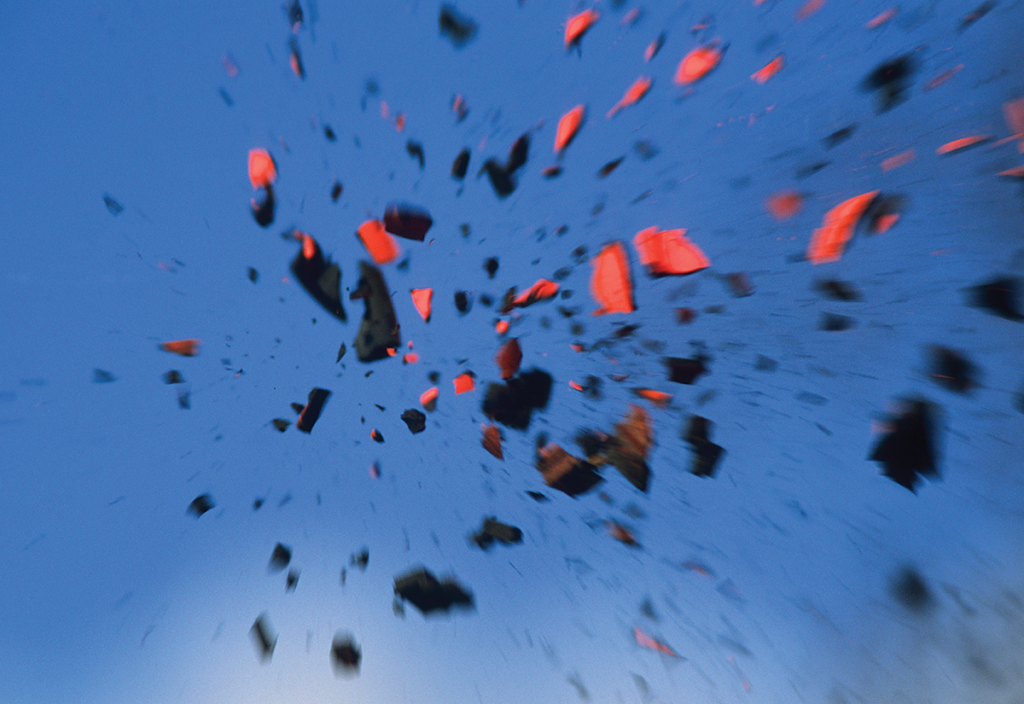 Dusting clays at the range.

Clay target championships are often decided by a single target, and that pressure can cause shooters to melt down. The very best shooters, however, understand that the right mindset can make the difference between a top finish and totally falling apart. To achieve complete control, says shooting instructor Gil Ash, you must first clear space in your mind to focus on the target. And that means stance, mount, and movement have to become automatic.

“Gun mount and movement should be second nature,” says Ash, a top clinician and one of the shooting editors of Sporting Clays magazine (his wife, Vicki, also a professional shooter, is the other). With more than 40 years of experience, Ash is one of the top shotgun coaches in the nation. His Optimum Shotgun Performance shotgun school helps improve the skills of more than 2.000 students annually, and Ash was instrumental in the design of Mossberg’s new 930 Pro-Series sporting clays semi-auto shotgun. According to him, the key to winning is committing the essential elements of shooting—gun mount, stance, swing, and so forth—to memory. Practice these key elements enough, he says, and you’ll improve your scores and be less distracted. Why? Because you remain target-focused, and a target-focused approach helps reduce stress and allows you to break more birds.

Dingler grew up shooting at his family’s ranch in Texas, and his passion for the shooting sports has made him one of the nation’s toughest competitors with shotgun, rifle, and pistol. He’s a Benelli Pro Shooter and currently competes in the Three Gun Nation Pro Series.

Be familiar with your firearm

Accomplished shooters, it seems, should have no problem manipulating the controls on their gun. Handling your gun properly helps you develop a rhythm, and rhythm helps break birds.

“Understanding how to operate and manipulate the controls of your shotgun is very important,” Dingler says. “Operating the safety, a bolt release, loading, and so forth should all be instinctive actions.”

“Practice shouldering and dry-firing,” Dingler says. “You want the shotgun to have a natural index on the target the moment you mount the gun, meaning the instant the gun touches your shoulder, the barrel should be lined up on the target. This takes repetition, and a garage or basement can be an excellent place to master the mount and natural index.”

Very few skeet shooters ever take the time to do this. Admittedly, I have been guilty of skipping it in the past. But without patterning, you don’t have clear evidence of your gun’s point of impact.

“To pattern a shotgun you need a large piece of cardboard, plywood, or something similar,” Dingler says. “At a minimum, I recommend testing patterns at 10, 20, and 30 yards with your three main chokes. I actually test my guns at 5-yard increments all the way out to 40 yards with every choke.”

It may seem axiomatic, but practice is essential to developing the motor skills needed to become a natural shooter. Whether you’re determined to break every target on the skeet range or kill more ducks next winter, you must dedicate yourself to absorbing basic shooting techniques. Afterward, you can devote even more time to develop into an instinctive shooter. You don’t have to commit hundreds of hours and thousands of shells a year to shotgunning, like Dingler does, but if you don’t spend ample time at the range, none of the other tips mentioned here will help. Implementation is the key to success.

Sorantino has amassed several national and world championship titles in sporting clays and is a member of the National Sporting Clays Association Hall of Fame. The Cedarville, New Jersey, native has earned 19 gold medals, 5 silver medals, and 4 bronze medals in international competitions during her impressive shooting career, and is currently one of the most sought-after instructors in the industry.

Make sure your gun fits

Many people know that gun fit is important, but few understand just how critical it is. “More than a matter of comfort, an ill-fitting gun will cost you targets,” says Sorantino. “Proper gun fit limits stress on the shooter because it reduces felt recoil. A gun that fits properly helps you maintain your line on the target for your follow-up shots, and it reduces fatigue.”

Work on your gun mount

Sorantino says bad gun mounts equal lost birds—period. To prevent this, she advises new shooters to start with a mounted gun. Only after her students understand the basics of breaking clays does she incorporate gun mount.

“You can’t elevate as a shooter unless the basics are covered,” she says. “You have to crawl before you can walk.”

One trick? A cheat mount, where the gun is very close to mounted and the head is raised slightly above the stock, keeping the gun barrel on the target line.

Maintain a line to the bird

One of the least-addressed topics in shotgun sports is learning to maintain a line to the target. That means knowing where the target is coming from and then selecting a break point (the position in the air where the target appears clearest or largest) and a hold point (starting position) that allow you to visually control and connect to the target. Gun movement should be fluid, allowing your eyes and hands to sync with the bird.

Stance is one of the fundamentals of sporting clays, but how often do you evaluate your stance? Sorantino emphasizes a comfortable, weight-forward stance that isn’t exaggerated, with approximately 60 percent of the weight on the front foot. The key, she says, is balance and control in your stance. Pointing the front foot toward the intended break point helps crush more clays.

During his 40-year trapshooting career, Maxwell has registered more than 148,000 single targets, almost 100,000 handicap targets, and 57,000 doubles targets. That experience makes him one of the premier trap instructors in the country. One of his students, Evelyn Kazen, won the 2007 Grand American Clay Target Ladies Championship in Sparta, Illinois. Maxwell is a member of the Connecticut Trapshooting Hall of Fame.

ID the target and focus

“There is an area, a 3-by-2-foot rectangle about 15 yards out and 3 yards up off the roof [of the trap house], where all the targets must fly,” Maxwell says. “Look for the emerging target there. I call it the ‘window.’ Gaze into the window [soft focus] and see the target in the bottom of your peripheral vision, then ‘lock’ onto the target [hard focus].”

Track the gun to the target

“When tracking the emerging target, look only at the target. Do not aim as with a pistol or a rifle. Think of the target as a balloon with a string back to the trap house. Just run up the string and hit the balloon. Do not aim or even look at the gun—look at the target only and your eyes will guide the gun.”

Have patience before the shot

“Never rush your calling for the target,” Maxwell says. “It takes about two seconds for your eyes to settle down and totally focus on the target for tracking up the string and hitting the balloon. The typical shooter calls one second after the gun butt hits his shoulder. That’s too fast, so forget the old ‘rhythm of the squad’ stuff—trying to keep all the calls and all the shots evenly spaced. Don’t rush your call.”

One of the most common mistakes among shooters of all disciplines, including trap, is dropping the gun early.

“Keep the gun mounted for several seconds after the shot is made. This will make your shot much smoother as you move into the target,” Maxwell says. “Many shooters rush the dismount because in their mind think they are finished. They aren’t.”

Serious trap shooters rack up round counts in the thousands. With this in mind, Maxwell prefers to go with a less punishing trap load. “I like to shoot Federal’s 2 ¾ dram, 1 ounce No. 8s, ” he says. “This keeps you from getting recoil-sensitive.”

These three folks are experts, and you should heed their advice. But when you’re working on your game at the range, you should be mindful of other shooters who aren’t as skilled, but who will try to “help” you anyway. These folks are known as range rats, because they’re always lurking, constantly sipping coffee and handing out unsolicited advice. And they can really screw up your shooting. Always be willing to listen to other shooters’ critiques, but be cautious of actually following their tips. Here’s how to know if the advice you’re getting is legit.

If another person is trying to make an adjustment to my form, I want to know if he can actually shoot. I’ve had plenty of old men try to instruct me, only to find out I’m the better shot. So, if someone offers advice, I ask them to shoot a round with me. Do the same when this happens to you. Tell that person you’re a visual learner, and you could really benefit from seeing an expert shoot. If they stink, or if they don’t want to shoot, then you can safely ignore them.

Even if the person is a formidable clays shooter, that doesn’t mean they’re a good teacher. Talented professional instructors cater to their students. Unless you’re in really bad shape, they don’t try to overhaul your form. Instead, they make slight adjustments and suggest smart tips to help you see clays faster and visualize the shot better. Think of it like this: Did NFL coaches Bill Belichick or Bruce Arians try to get quarterback Tom Brady to fit their offense schemes? Hell no. They shaped the team around his strengths. And though you may not be the G.O.A.T. of clays shooting, the principle remains: Good instructors should play to your existing strengths.

The worst instructor is a group of folks. Sometimes you’ll shoot in a group, and suddenly you’re getting advice from everyone. Listen to these folks but don’t try to make the changes right then. Making tweaks while you’re shooting mostly leads to more frustration and misses. Think about what they said after the round, and whether it’s applicable.